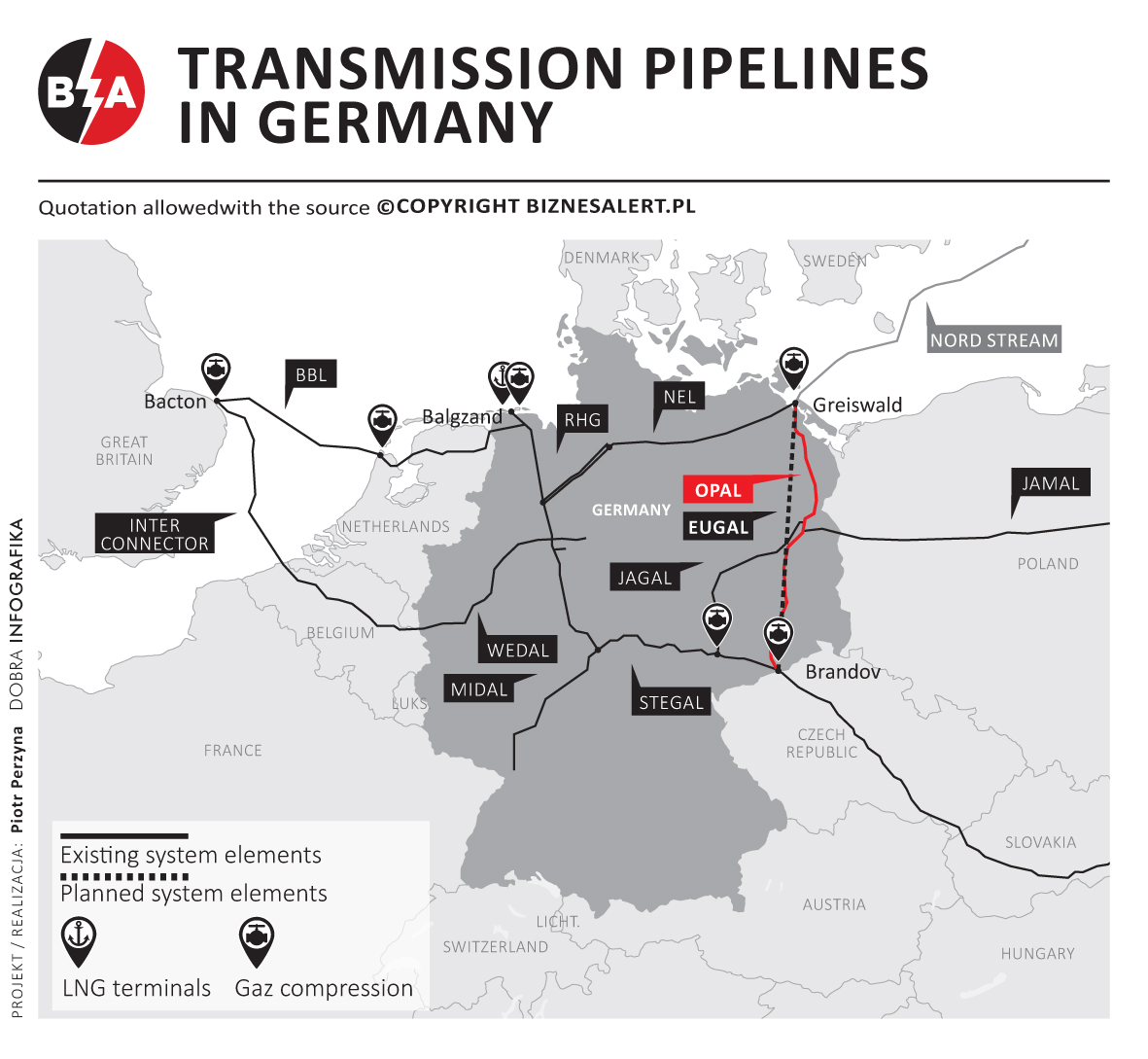 If the new German government continues its policy of protecting Nord Stream 2 at all costs, it will pay for it on both sides of the Atlantic, and only Vladimir Putin will come on top. Here’s what the confidential document says – writes Wojciech Jakóbik, editor-in-chief at BiznesAlert.pl.

Germany believes that Russia did not weaponize gas against Europe

The American news website Axios was the first to uncover the non-paper of the outgoing German government, which includes a demand that new sanctions against the disputed Nord Stream 2 natural gas pipeline be stopped. The appeal comes against the backdrop of a growing house majority in the US in favour of unsuspending the restrictions on the operator Nord Stream 2 AG, which could prevent the start of deliveries. The German traffic light coalition, which may establish a government in December, did not include any provisions on Nord Stream 2 in the coalition agreement, but has called for the import of hydrogen from Russia, which could take place via this infrastructure. The partners have assured that all energy projects must comply with European law, giving hope that there will be no political pressure on the Bundesnetzagentur on Nord Stream 2 certification. As part of this process the pipe’s compliance with EU rules will be approved. The implementation of these laws, could even lead the project to bankruptcy, if not for the fact that it can count on subsidies from the Kremlin, as opposed to entities that actually operate on the market.

The non-paper revealed by Axios also landed on our desks at BiznesAlert.pl. The document says that Germany intends to continue to implement the July agreement with the US (which has already been rejected by Ukraine and Poland), regardless of objections, as “the best way to protect Ukrainian interests”. This claim is a blow to Kiev, which believes otherwise. Perhaps that is why President Volodymyr Zelensky’s advisor told Axios that he was shocked by this document. According to the missive, Germany wants to put pressure on Russia to implement the interim agreement on transmitting gas via Ukraine until 2024 and sign a new one. Berlin also wants to support Ukraine together with the U.S.by investing about a billion dollars in a Green Fund with a preliminary German contribution of at least USD 175 million, in accordance with the promises made in the agreement with the Americans.

The document also suggests that cooperation between Germany and America will prevent Russia from using gas as a weapon. However, the problem is that it may have already been used this way. Gas reserves in Europe are at a record low and take-up is at a record high, due to the onset of winter already in November, with temperatures lower by an average of 2 degrees Celsius compared to the five-year average. Meanwhile, Gazprom has been reducing supply in Europe and to this end has used the storage facilities owned by Gazprom Germania (via the daughter company Astora) in Germany. Also, despite Vladmir Putin’s assurance, the company has not replenished the gas reserves yet. However, the “record increase in energy prices in Europe” is, according to the German non-paper, “a global phenomenon and cannot be blamed solely on Russia”. “Russia is currently fulfilling all delivery obligations, including the gas transit agreement with Ukraine, but it could do more: Recent announcements by Putin to increase deliveries to European gas storages are a step in the right direction,” the non-paper claims. Except that this step has not been taken.

Germany defends its position on sanctions against Russia, claiming it has taken action in the EU to identify what measures could be introduced. This involves actions in three areas: public pressure with “strong messages (…) condemning the inacceptable Russian behavior (…). Ideally in co-ordination with the EU and the U.S.”, political pressure by limiting or suspending certain political meetings and formats of cooperation with Russia, and finally economic measures to ensure the security of gas supply through Ukraine in relation to the assessment of the security of gas supply in the certification process of the operator of Nord Stream 2. The non-paper fails to mention that the German Ministry of Economy and Energy under the leadership of the outgoing Peter Altmaier, decided that Nord Stream 2 did not pose a threat in this regard, contrary to the opinions of the project’s critics, such as the Polish PGNiG or Ukrainian Naftogaz and GTSOUA involved in the certification process. The German government also promises to support countries exposed to the threat of Russia using gas as a weapon, through technical assistance, reverse deliveries, as well as support for their energy transition. It is also to assess the possibility of suspending future projects involving the hydrocarbon sector in Russia in coordination with the U.S. and the European Union. There is no mention of sanctions against Nord Stream 2 called for by its critics.

Will the pipe be illegal anyway?

Perhaps it is no coincidence that at the same time, the Handelsblatt daily has reported that it is possible to launch Nord Stream 2 before the certification is completed. According to the newspaper’s sources, the German regulator Bundesnetzagentur could use this option for the Nord Stream 2 legs that extend to western Europe, i.e. the NEL pipeline which stretches from Mecklenburg-Vorpommern to the west, and the EGL 401 from Saxony to Hesse. The newspaper estimates that starting deliveries before certification and against the regulator’s rules would entail a fine of about one million euros, but it seems small compared to the 11 billion euros already invested in Nord Stream 2. BiznesAlert.pl has reported that imposing European legislation on this infrastructure could preclude the economic viability of this project, as confirmed by Russians themselves in various documents. However, the pipe could still launch as a result of the fait accompli policy, especially if the German company that the regulator required, is formed quickly. The high natural gas prices in Europe, exacerbated by the onset of winter, will be used by some to advocate for this solution.

Putin continues to divide and rule

The new German government will face a credibility test from the point of view of allies like Poland and the USA, or partners like Ukraine. If it continues to defend Nord Stream 2 at all costs, it will lose the chance to improve relations with Kiev and Warsaw at the beginning of its term, and it may also lose the support of Washington if the internal opposition in the US capital wins the dispute over Putin’s pipe. This is how the Nord Stream 2 project has been making it possible for the Russian leader to divide and rule Europe since 2015. The alternative is a joint policy of sanctions between the US and the European Union, which, unfortunately, can sometimes undermine the economic interests of a few companies involved in political and business relations with Russia, but will allow for a truly independent foreign and security policy in response to the Kremlin’s aggression.