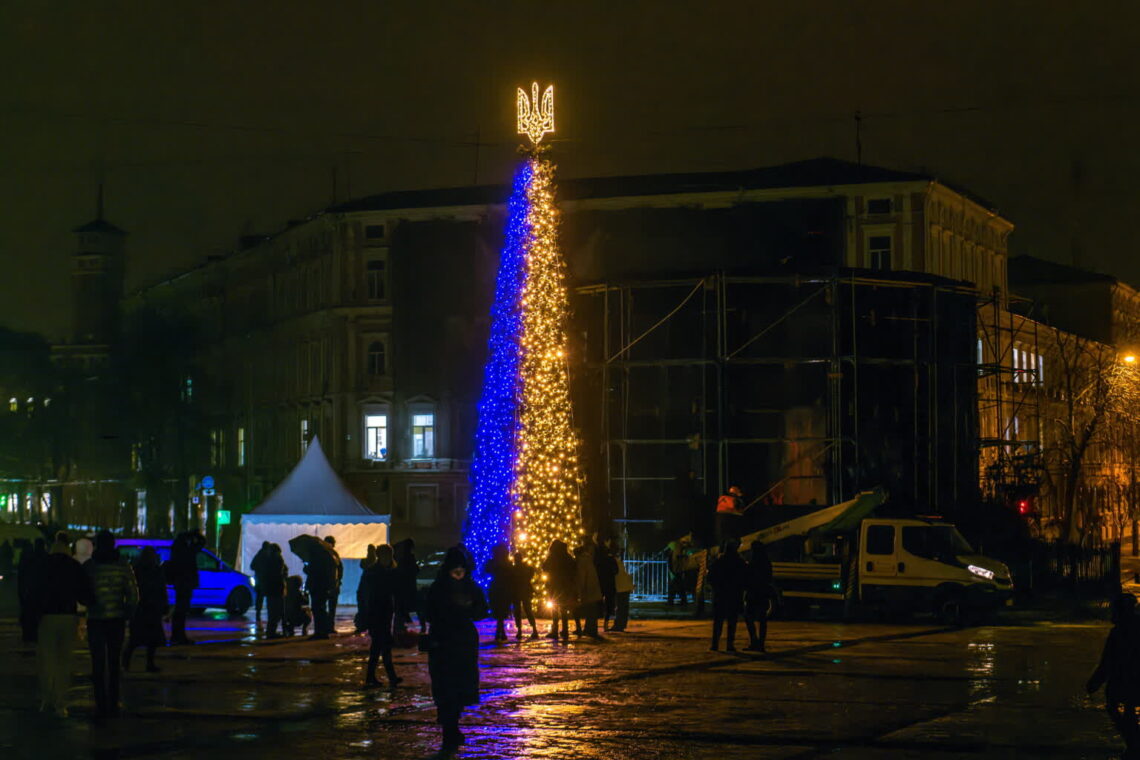 The war in Ukraine, the energy and economic crisis are making the coming Christmas difficult. However, the data do offer hope, which I wish to the readers of our portal on behalf of the entire editorial board, because as the Bible says: “the Light shines on in the darkness, and the darkness did not overpower it” – writes Wojciech Jakóbik, editor-in-chief at BiznesAlert.pl.

Russia’s invasion of Ukraine has been going on for almost a year. But the Kremlin has not achieved its goals. The Ukrainian counteroffensive is gaining support from the West: 19 billion euros in European Union aid and 45 billion dollars from the United States in 2023. The energy crisis, designed to undermine western support, is severe and, according to mBank, could increase inflation in Poland to over 20 percent in February 2023, but in the long run it will mainly harm Russia. Energy production in this country fell by several percent as it can no longer export to the European Union. Gas production has fallen by 20 percent, and the surplus is burned by Gazprom in flares, because its share of the European market may fall to zero as early as in 2023. The Russians also expect a decline in oil production, whose exports dropped by 11 percent after the embargo on seaborne imports and a cap price on Russian crude were introduced by the West. In 2023, oil production in Russia is expected to fall. Thus begins the implosion of Vladimir Putin’s gas station, which closes on its own, at its own request, undermining the foundations of the order that props up the Kremlin regime. The only thing the West needs to do is to pull through the difficult economic period, and not be persuaded by Putintern in Europe that the only way out is offering the Kremlin concessions. In the long run, the regime is at a disadvantage.

For the first time, Christmas in Ukraine will be celebrated by the local Orthodox church on the same day the Catholics and Protestans celebrate the birth of Jesus Christ – the 25th and 26th of December. This decision was made by the Orthodox church in Kyiv, which has been independent of the hierarchy in the Kremlin since 2018. Ukrainian counterintelligence continues to detain Russian spies among priests associated with the Moscow Patriarchate. Ukrainians will celebrate the coming holidays to the roar of power generators, and eat the festive dinner by candlelight, but things will not be as hard as they could have been thanks to assistance from the West, including the initiatives by the Energy Community led by a Pole, Artur Lorkowski, who described the orgnization’s work in an interview with BiznesAlert.pl. Christmas in Poland will be marked by record interest rates, high inflation and even higher energy and raw material prices in 2023. These would have been even higher if not for the freezing of prices, which, according to information provided by the Climate Ministry to BiznesAlert.pl will cost a staggering PLN 69 billion. The year 2023 should therefore be marked by reforms, cuts in social spending and the healing of public finances. It will be difficult to conduct these in the run-up to the parliamentary elections scheduled for autumn next year.

During the holiday season, we may still be witness to two events. The first is the dispute within the United Right over the National Recovery Plan needed to save the economy, including financing the energy transition with about PLN 20 billion, for example, through the construction of an offshore installation port, without which there will be no significant economic benefits for the country from the development of offshore wind farms. In the worst-case scenario for the ruling party, the United Poland will leave the coalition, which will deprive the government of the majority. Another possible event is Russia turning off its oil tap. This may harm the West as it will accelerate the cut – off from oil products, which according to the sanctions plans is to happen only in February 2023. It would thus trigger periodic economic problems and panic at gas stations that we have witnessed back in February 2022.

On behalf of myself and the editorial board at BiznesAlert.pl I wish our readers a blessed Christmas in 2022, and also that the next holidays in 2023 will be marked by the victory of Ukraine on the military front, the West on the energy front and the victory of hope in our daily life, because as the Scripture says: “the Light shines on in the darkness, and the darkness did not overpower it”.

Bielawski: Ukraine is preparing gas distribution infrastructure for the installation of […]
Energy GAS
One of the restraining factors for the development of hydrogen energy in Ukraine is the unpreparedness of the domestic infrastructure to accept […]
More

Bojanowicz: Ukraine’s dilemma – coal from foes or friends
Energy
The upcoming heating season is bringing back the problem of supplying Ukrainian power and CHP stations with anthracite. Last February the government […]
More