The new energy strategy provides for pricier CO2 emission allowances. We asked the ministry for comments 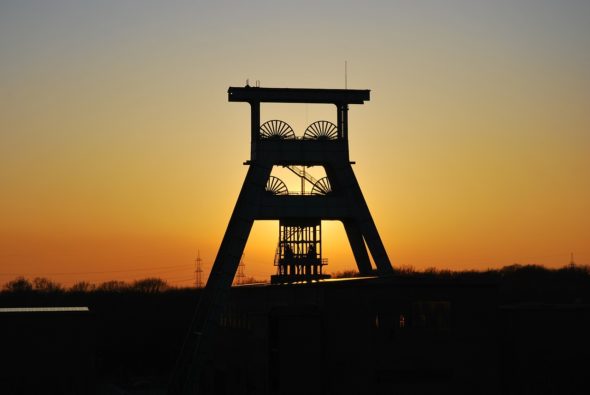 According to the Polish Energy Policy by 2040 (PEP2040), aka Poland’s energy strategy, the prices of CO2 emission allowances will reach EUR 40 per ton in 20 years. However, the scenario for high prices forecasts even EUR 60. Meanwhile, the price almost reached EUR 40 already in early February. The Ministry of Climate and Environment explains its assumptions.

At the beginning of February the government adopted the PEP2040. Paweł Wiejski published the entire document online. It has not been published in the Official Journal of the Republic of Poland (“Monitor Polski”) yet.

How much will CO2 allowances cost?

The PEP 2040 also includes a forecast of the CO2 emission allowances in the EU ETS based on the prognosis of the International Energy Agency (WEO2017, “New Policies” scenario). The authors of the document explain that the assumed allowances prices by 2030 are in line with the guidelines by the European Commission with regard to the application of indicators for the needs of the integrated plans for energy and climate. “Despite the significant increase in CO2 emission allowances prices in 2018, the EC did not provide in 2019 any updated (higher) forecasts of allowances prices that could be used as part of the analytical analysis prepared for the national plans,” they argue.

The strategy assumes that the EU ETS allowances price will go up gradually to reach EUR 40/ton of CO2 in 2040. It is worth reminding that this price level has been already reached in February 2021, which is a lot sooner. Today the price hovers around EUR 38 per ton.

The same table was used in the draft of Poland’s energy strategy from 2019, which was prepared by the ministry of energy.

Considering the changes in the environment, which have been taking place since the end of 2019, the authors of the document wrote a forecast for the power sector, which included more ambitious targets in the EU climate and energy policy. It included a prediction that suggested significantly higher CO2 emission prices, prepared by the National Centre for Emissions Management (KOBiZE).

According to the calculations prepared by KOBiZE, upping the EU reduction target in an extreme case may cause a threefold increase of CO2 emission allowances prices in 2030 in comparison to 2020. An additional scenario presented in the PEP2040 appendix shows how the power sector may develop if the GHG reduction target is set at 50 percent.

According to the authors of PEP2040, their prognosis that CO2 emission allowances prices will reach EUR 54/ ton in 2030 are in line with the expected results of the 2030 Climate Target Plan presented by the EC, which includes a 55 percent GHG reduction target by 2030. The EC predicted the allowances prices would reach between EUR 32 and 65/ton of CO2 in 2030, depending on the scenario.

Either way the prognoses prepared by the National Centre for Emissions Management suggest that in 2022 and 2023 the prices will reach EUR 46 per ton. “In the long run, the prices will grow linearly, on average from about EUR 41 in 2025 to about EUR 72 in 2030,” the Centre’s analysis says.

The high allowances prices and the environmental cost will cause a significant drop in the amount of power generated in coal-fuelled power plants between 2020 and 2040. Currently those power plants generate about 90 TWh, but that will drop to 11 TWh in 2040.

A few days before the PEP2040 leaked to the internet, we had asked the Ministry of Climate and Environment about the forecasts for CO2 emission allowances prices. The document says that due to technical and economic reasons the prognosis assumes a huge drop in installed capacity of coal-fired plants. The participation of coal in energy generation will drop to 37-56 percent in 2030 and 11-28 percent in 2040, depending on how quickly the prices will climb. In other words, the higher the assumption about the future allowances prices, the lower the participation of coal in energy generation by 2040.

In response to our questions, the ministry explained what CO2 prices it expected.

The PEP2040 is based on two analytical scenarios. The first assumes a balanced increase in CO2 allowances prices, and the second a very high price hike. “The first one includes data, which were quoted by BiznesAlert.pl (the table from 2019, which is included in the document from 2021 – ed.).This scenario is identical to the , which was delivered to the European Commission in December 2019 and was Poland’s contribution to the climate and energy policy by 2030,” the ministry explained in response to our questions.

The other scenario presents a prognosis of the development of the power sector in a situation where the prices grow much higher, as calculated by the National Centre for Emissions Management. “The forecasts in this scenario are consistent with the prognoses presented in the strategic variant of the Polish Nuclear Power Programm, adopted by the Council of Ministers on the 2nd of October 2020,” the ministry explained. It also clarified that for a GHG reduction target at 55 percent, the CO2 allowances prices forecast by the European Commission, depending on the scenario, oscillates between EUR 32 and 65 per ton in 2030. “This is consistent with the patterns included in PEP2040 – in both scenarios described above. The patterns are also consistent with the forecasts made by the International Energy Agency,” the ministry told us.

When asked whether the prices would stay at the current level, which is about EUR 40, the ministry replied the CO2 emission allowances market was now undergoing significant fluctuations, which made it difficult to make reliable predictions. “Any forecasts about this specific market are volatile, which is also visible in reports prepared by renowned analytical institutions (e.g. Thomson Reuters, World Bank, Bloomberg, etc.). Even the EC did not predict in its forecasts the price hikes on the CO2 emission allowances market in early 2021,” the ministry warned.

The significance of the recent increases is not clear – it probably involves a few factors: the beginning of a new trading period, the announced legislation on the ETS, uncertainty about how the ETS will handle the 55 percent target, hedging and other strategies. The ministry explained that in order to draft mid- and long-term prognoses it was especially necessary to jump in with the trends and base the analysis on reliable data sources, which the PEP2040 authors did.

So a question appears whether the level of CO2 reduction by 30 percent and RES participation at 23 percent, both of which Poland adopted, take into consideration the level of CO2 reduction by 55 percent adopted by the EU in December 2020? The ministry explained that the 2030 EU GHG reduction target was increased, and that the targets from PEP2040 were valid. The binding sectoral targets for 2030 included in EU regulations and adopted in 2018 remain the same (GHG reduction target in the non-ETS sector by 7 percent, 14 percent RES in transport, 1.1 percent of average yearly RES growth in the heating sector as of 2021). “When it comes to the GHG reduction target, RES development and energy efficiency, we adopted national targets and we are pursuing EU targets according to our economic and technical capabilities, with consideration to our starting point, the scale and capital intensity of the changes and the necessity to guarantee a just transition,” the ministry stressed.

What does the PEP2040 say about the transition cost and how much the energy sector will have to pay?

We also asked about the costs of the energy transition. The ministry stressed that regardless of the transition plans, the entire fuel and energy sector needed investments anyway, because the majority of infrastructure will wear out in the coming decades. “Only in the power generation sector, about 70 percent of capacity is over 30 years old, which means those power plants are approaching the end of their lifespan. Investing in low-emission and state-of-the-art projects will guarantee energy security, strengthen the economy and Poland’s position on the international arena as an innovative economy that is not lagging behind,” the ministry argued.

By 2040 the estimated costs of investments in the power generation sector is PLN 320-342 billion, out of which 80 percent will go to zero-emission projects. “Dedicated EU and national subsidies will support the energy transition. As much as PLN 260 billion may be spent to this end from EU funds by 2030. The money will be a financial leverage that will create a multiplier effect by engaging private funds, that will invest both in large-scale projects, as well as bottom-up dispersed power generation,” the ministry explained to us.

The Act on energy law says the state’s energy policy needs to be updated every four years. Moreover, the draft of the amended act on energy law and other acts, which is currently being discussed in the lower chamber of the parliament says that the update will have to take place every five years, whereas a special provision says that the closest update should take place by the 30th of June 2023. Interestingly, according to the agreement signed with the mining trade unions after the September talks – as the ministry explains – PEP2040 will be adjusted to meet the demands of the final version of the social contract and Poland’s international obligations.

We need a plan for a just transition, not another coal sector restructuring proposal (ANALYSIS)
Coal Energy
We are witnessing another chapter of the saga on restructuring Poland’s black coal sector, which has been taking place since the beginning of […]
More

Tchórzewski: We should either be helped or not be expected to transform quickly
Energy
– Poles want energy transformation, but they do not want social stratification to happen. If we went in the direction desired by ecological […]
More