Polish Briefing: The offshore part of Baltic Pipe may be ready this year | Orlen recorded a profit of PLN 2,755 million in 2020 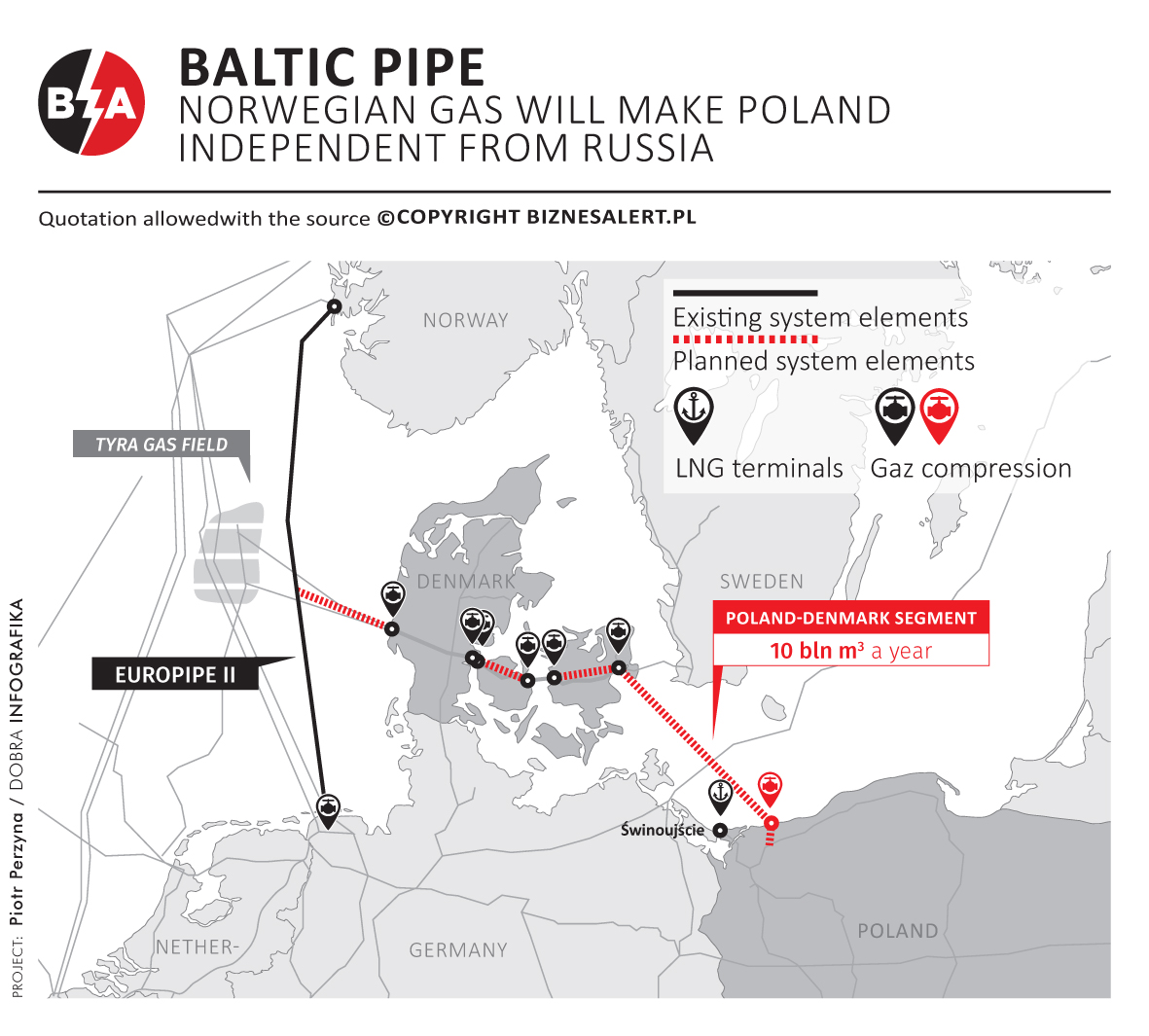 What goes on in Poland on the 16th of April.

Naimski: The offshore part of Baltic Pipe may be ready this year

If there are no weather obstacles, the offshore section of the Baltic Pipe gas pipeline may be completed this year, said Piotr Naimski, government plenipotentiary for strategic energy infrastructure in the Senate.

“On May 5, a ship will depart from the port of Rotterdam to the Baltic Sea, which will construct the maritime part of the gas pipeline. We anticipate that this section – if there are no weather obstacles – will be ready at the end of the year, either in late autumn, or at the beginning of December,” Naimski said.
The minister pointed out that the offshore part of the gas pipeline is only one part of the entire investment. “These investments, i.e. the construction of compressor stations, construction of gas pipelines in Poland and in Denmark, pipe laying in the North Sea – are being carried out according to the plan and the schedule. There is no threat as to the completion of this investment and the commissioning of the Baltic Pipe,” Naimski emphasized.

PKN Orlen recorded PLN 2.755 million of consolidated net profit attributable to shareholders of the parent company in 2020, compared to PLN 4.300 million of profit a year earlier.

In an earlier quarterly report, the company announced that its consolidated net profit amounted to PLN 3.313 million in 2020. Later, however, PKN Orlen announced that it anticipates the recognition of write-offs and reversals in the value of assets in the consolidated annual report for 2020, which in total will reduce the group’s result for 2020 by approx. PLN 950 million. The operating profit amounted to PLN 3.908 million compared to PLN 5.365 million profit a year earlier.