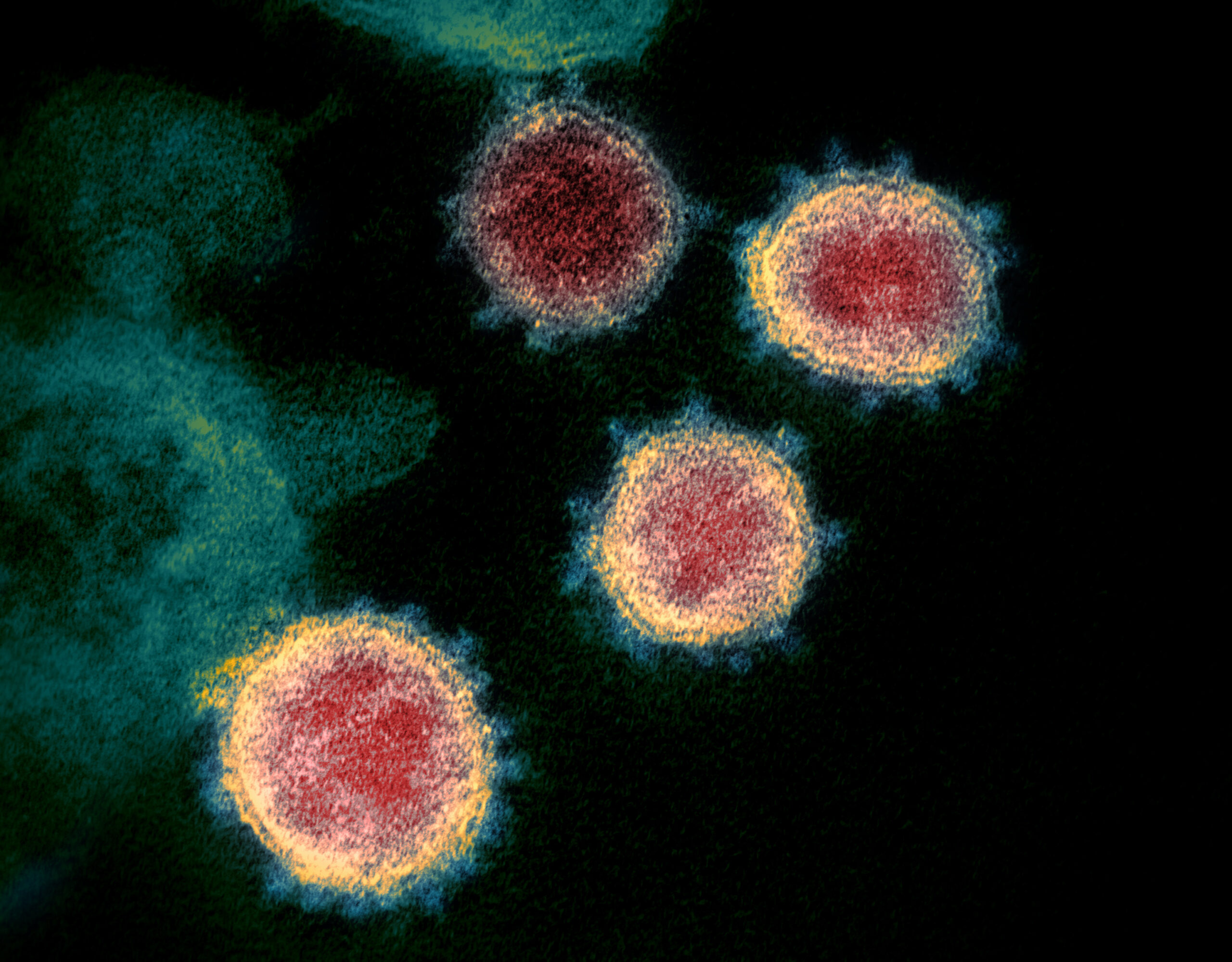 The hope for coronavirus vaccines and encouraging economic data are driving up oil prices. What will happen if it turns out that the market is wrong, and the third wave of the virus will cause a new oil price crisis that will be impossible to overcome? – Wojciech Jakóbik, editor in chief at BiznesAlert.pl, asks.

In November the price of oil went up by 27 percent. Probably this is because of the hopes for a vaccine, which are growing as various companies are now applying for approvals for their versions of the inoculation. The sheer number of the vaccines and the pace at which they are being approved suggest that they may hit the market in early 2021, which raises hopes for an efficient fight against the pandemic and an economic recovery around the world, which will entail a quicker increase in oil demand. All this is also propped up by the hopes that the OPEC+ deal will be at least frozen at the beginning of 2021. If that is the case, the current oil production cuts in the OPEC+ states, will continue to limit supply at the same level and thus increase the price of the barrel. The group is to meet on 30 November to discuss the possibility of freezing the deal. Some OPEC+ ministers met on 29 November to talk over such a possibility, but failed to reach an understanding. According to Bloomberg, Kazakstan and the United Arab Emirates were against freezing the cuts at the current level of 7.7 million barrels a day, instead of sticking to the original plan, which said the cut should be dropped to 5.7 m. This is why participants of the Sunday meeting arranged by Saudi Arabia and Russia did not reach a compromise, so now they will have strike one during the talks on the 30th of November and 1st of December. One of the options on the table is to prolong the current cuts by the first quarter of 2020 to keep the oil prices going up. Originally the OPEC+ club planned to lower the cuts from the current 7.7 m to 5.7 m barrels per day throughout 2021. Freezing the deal is still being discussed as together with the vaccines, it would increase the prices. However, the oil producers, with Saudi Arabia in the lead, are concerned that lowering the cuts would lead to another price crisis, just like in March 2020. Back then, the deal was not extended, so the market functioned without it for a month, which quickly depreciated the oil price. It is unclear whether this time the parties will reach a consensus, because Iraq and Russia have suggested they would like to increase their oil output to replace the old deposits with new ones. These states cooperate when it comes to licenses in Iraq. Baghdad has complained that the oil deal is undermining the development of its production. Whereas some Russian producers, including Rosneft, have warned that the substitutability of extraction in Russia is at risk. However, so far president Vladimir Putin has maintained that the cooperation in OPEC+ with Saudi Arabia is efficient. As long as the oil price will keep on increasing and will remain above USD 42.4 for the Urals blend, a price on the basis of which Russia’s budget is drafted, Moscow may be interested in continuing the deal, despite the issues faced by the producers. However, freezing the cuts may not be enough to keep the oil price high if, despite the vaccines, an economic rebirth will not happen.

At the same time, it is worth remembering that if oil producers share the market’s optimism, they will all support the plan to lower the cuts, instead of continuing with the present deal. The visible friction between Saudi Arabia and the United Arab Emirates, which leaked to the media a suggestion they would leave the oil deal, is probably a mind game before the upcoming OPEC+ negotiations. If the parties agree to freeze the cuts, the barrel may go up. However, the fear about a new price crisis will linger, which in the short-term may be caused by the third wave of the coronavirus and in the long-term by the trends detailed below.

While the West is increasingly more optimistic about the end of the second wave of the pandemic, a development which is hiking up the oil price, South Korea is warning about the third wave and claims it is ill advised to loosen the restrictions. On 26 November, the daily number of new cases exceeded 500, a level last seen on 6 March 2020, when the Koreans were fighting the first wave. Up until that point the highest number of cases during the second wave was 441 on 27 August. The events in Asia may occur in the West as well, but with a delay no longer than a few months, similarly to the first and second wave of the pandemic. Polish epidemiologists have also stated that the pandemic alternates between periods where the number of cases accelerates and times when the numbers slow down. The next acceleration may come in early spring 2021. The experts versed on this issue are urging caution when it comes to assessing the research on the effectiveness of the coronavirus vaccines. It is uncertain for how long the patients will stay immune after receiving the vaccine, or how quickly and at what scale the inoculations will be distributed across the world. The vaccines are improving the mood on the exchange because of emotions, but only hard data will actually show how they will really impact the global economy. Contrary to the mood on the oil market, economic data are clear. China had already declared it was recovering after the pandemic and started buying a lot of oil already during the price crisis in the spring of 2020 caused by the virus and the hiatus of the OPEC+ deal. Between January and October 2020, China imported 458.56 m tons of oil ,which is 11 m barrels per day on average, a 10.6 percent increase in comparison to the previous year, even though in September and October 2019 the import was 11.8 m barrels and 10.72 million a day respectively, which means it was at a similar level. However, in October 2020 the import dropped by 12.2 percent in comparison to September, because oil storages are starting to fill up and independent importers are approaching the limits set by the state. These caps will be raised next year by 20 percent – to 243 m tons. The stored oil may block demand in China and cause a drop in oil prices if it turns out the hopes that the coronavirus will be quickly dealt with, and the economy will recover, are futile. It is worth reminding that this had already happened, when the second wave of the virus knocked out the barrel price below USD 40 in autumn. We should always remember from what price level oil dropped in 2020, as, e.g. the Brent blend cost USD 68 per barrel in January 2020. The drop was caused not only by the pandemic, but also by the economic slowdown diagnosed by the International Energy Agency already in the summer of 2019. The Wall Street Journal reported that unemployment in the U.S. has gone up for two weeks in a row for the first time since July, increasing the jobless claims to 778,000. That has not happened since the last record from the 1982 recession. Despite that, consumer spending is growing for sixth month in a row, and the Trade Department did not lower the GDP growth estimate for the last quarter of 2020, which is at 7.4 percent. Orders for long-lasting goods rose in October by 1.3 percent. The American economy is getting back its momentum, but it is happening slower than in the third quarter of 2020. In October household earnings dropped by 0.7 percent, as some federal support programs have run their course. The third wave of the coronavirus may again slow down the economy in the U.S. and in the West in general, as its economic development heavily depends on domestic consumption. Rystad Energy analyzed the demand for jobs in refineries across the world, and discovered that it would not go back to the level from before the pandemic, because of the energy transition and a permanent drop in global demand for petroleum fuels. Only in 2020, 28 refineries were closed. This year, the permanent reduction of capacity at refineries is to exceed a million barrels, and will be visible especially in mature markets that are looking for alternatives to oil. This heralds the end of the barrel, a development over which various producers are arguing. I wrote about it in a different article.

To sum up, it would be amazing if the pandemic was drawing closer to an end, and the economy was about to dart towards a recovery. It would make oil producers happy, as their actions as part of the OPEC+ deal depend on that. However, nothing is certain, and the third wave may soon destroy hopes for a rebirth. The oil sector itself may never actually experience it, if it turns out that its product has become passe. In such a case, the medium-term trend related to the pandemic, will become more grounded in reality even after the scourge is over.

The oil agreement is turning into a zombie (ANALYSIS)
Energy
Three OPEC+ countries have announced additional production cuts to the tune of over 1 m b/d until oil prices drop. The coronavirus did kill the oil […]
More

Coronavirus killed the oil agreement. An opportunity and a challenge for Poland (ANALYSIS)
Energy
The oil price war will continue because the oil agreement has lost its power in view of the expected drop in demand caused by the coronavirus […]
More