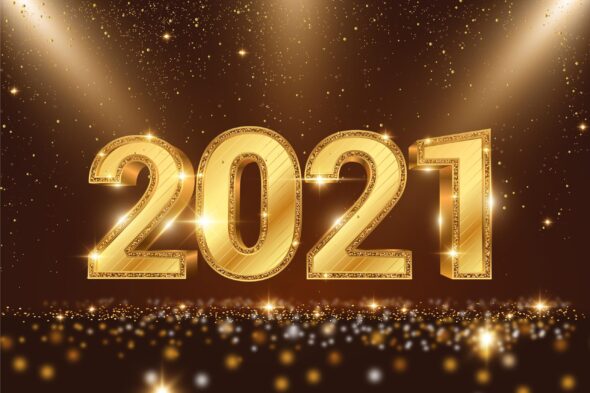 2020 was marked by the coronavirus pandemic, which adversely impacted the entire economy, including the energy sector. Fortunately, the past year was not all bad and brought a few positive developments, such as PGNiG’s victory over Gazprom, or key acts for Poland’s renewable energy sector – writes Wojciech Jakóbik, editor in chief at BiznesAlert.pl.

The coronavirus pandemic is reflected in the negative oil price

The coronavirus started to spread across the world in early spring of 2020. That’s when governments introduced first restrictions that limited human activity. The goal was to slow down the pandemic by disabling mobility, which is the basis for conducting business. Consequently economies across the world slowed down, which lowered the demand for power and energy resources. The perfect example of this process is the oil market, which experienced a new price crisis in March 2020, which was exacerbated by the fact that it was accompanied by the failure of the OPEC+ agreement. The deal, orchestrated by the world’s biggest oil producers, up until then had been successful at hiking oil prices through limiting production. However, it collapsed in March because the parties did not reach consensus and decided to lift the restrictions on production. This caused the spot oil prices to drop to a dozen dollars per barrel in April, only to raise after the restart of the OPEC+ agreement in June. Nevertheless, the WTI futures contract prices were negative in May and dropped to minus USD 37 per barrel, a development I explained back then on BiznesAlert.pl. Oil producers paid buyers to purchase their oil, because they had no room to store it. 2021 will either usher in an economic rebirth, provided that the coronavirus vaccines alleviate the virus’s impact on the market; or a new crisis, including one affecting oil prices, if the vaccines fail and the third wave of the virus will shut us in again.

PGNiG’s victory over Gazprom worth more than the Baltic Pipe

The spring of 2020 also brought good news, at least from Poland’s perspective. On the 30th of March, Poland’s PGNiG announced it won a court battle over the terms of the Yamal contract, on the basis of which Russia delivers gas to Poland. The proceedings dragged on since February 2016 when Poland opened the case in the arbitration court. The entire process was marked by obstacles, including questionable diseases reported by its participants, but after four years it ended with PGNiG’s victory. The tribunal ruled that the gas prices imposed by Gazprom were unfair, and ordered the company to offer prices closer to the ones on European exchanges, it also told Gazprom to give back USD 1.5 bn for the past overpayments. Back then I wrote that the money from Russia could more than cover the cost of the entire Baltic Pipe, which is worth EUR 874 m, or about a billion dollars. The win against Gazprom is both symbolic and economically significant. The burden imposed on PGNiG because of the contract, that is binding until 2022, will not be as heavy, although it needs to be said that the deal will remain less competitive in comparison to the alternatives, which are increasingly better available thanks to the expansion of infrastructure that diversifies the sources of gas, including the LNG terminal in Świnoujście. Russians are left with propaganda stunts, which while are less and less successful in Poland, perhaps are still necessary in their own country. “Before 2015, when PGNiG started to talk about revising the contract, the company had been very satisfied with it for almost 20 years,” Ekaterina Kosareva, managing partner at WMT Consult, argued in a statement for the Izvestia daily. It is difficult to defend this statement, considering the fact that in the past Poles asked for revising the contract, but Gazprom refused to introduce any changes, which forced Poland to sue it in the court of arbitration in 2015. The problem will disappear in 2022 once PGNiG will be able to completely stop gas imports from Russia, if it wishes to do so, as it will be able to cover its demand from sources outside of Russia. The paradox is that the coronavirus pandemic, which lowered gas prices, may improve PGNiG’s market position thanks to the fact that now it can act as an intermediary that delivers non-Russian gas. This means it can expand gas deliveries via pipelines in CEE, and grow its business on the global LNG market.

In 2020 Poland decided to pivot to renewable energy sources (RES), which a few years ago had not been that evident. This change is visible in the strategies of Polish energy companies, with Orlen in the lead (the company produces power as well) and PGE, which declared they would achieve climate neutrality by 2050. It means that by the middle of the current century, the tycoons want to have a neutral impact on climate, measured in net CO2 emissions. This means they will be quickly reducing the emissions by limiting their sources. PGE will have to replace coal with renewables, while Orlen will need to lower the emissions generated in the refining processes and expand its renewable portfolio. This shift is visible in the strategies of those companies: PGE will finish the construction of its last gas-fired power stations, but after that it will only invest in offshore wind farms, PV and energy storage. Orlen replaced coal with gas in the Ostrołęka C power plant and wants to invest in offshore. Enea and Tauron joined them. The former established a company to develop RES, the latter will take over shares in an offshore wind company from EDP Renewables and Engie, and it will take over onshore renewable projects. These changes require legal support, but in reality could have been introduced without announcing them to the public in multimedia presentations. In 2020 Poland adopted an updated Act on Renewable Energy Sources, which entered into force at the end of August; and made it possible to open first auctions, which, by the way, had a prolonged implementation period due to the coronavirus. Another important act, this time on developing offshore wind farms, was ratified at the last minute. The offshore act was adopted by the Sejm on the 17th of December. It provides for subsidizing offshore wind farms with contracts for difference, limiting the risk of delays in projects, some of which will be able to generate energy already in 2025.

2020 was defined by the coronavirus pandemic, which impacted the energy sector just as strongly as any other branch of the enconomy. Energy companies need to tighten their belts and accelerate the changes that will improve their market competitiveness. However, a crisis – as always – mobilizes for action. 2021 will show whether Poland’s energy sector managed to come up with the right responses to the negative events and successfully use those, which were positive in the past twelve months.