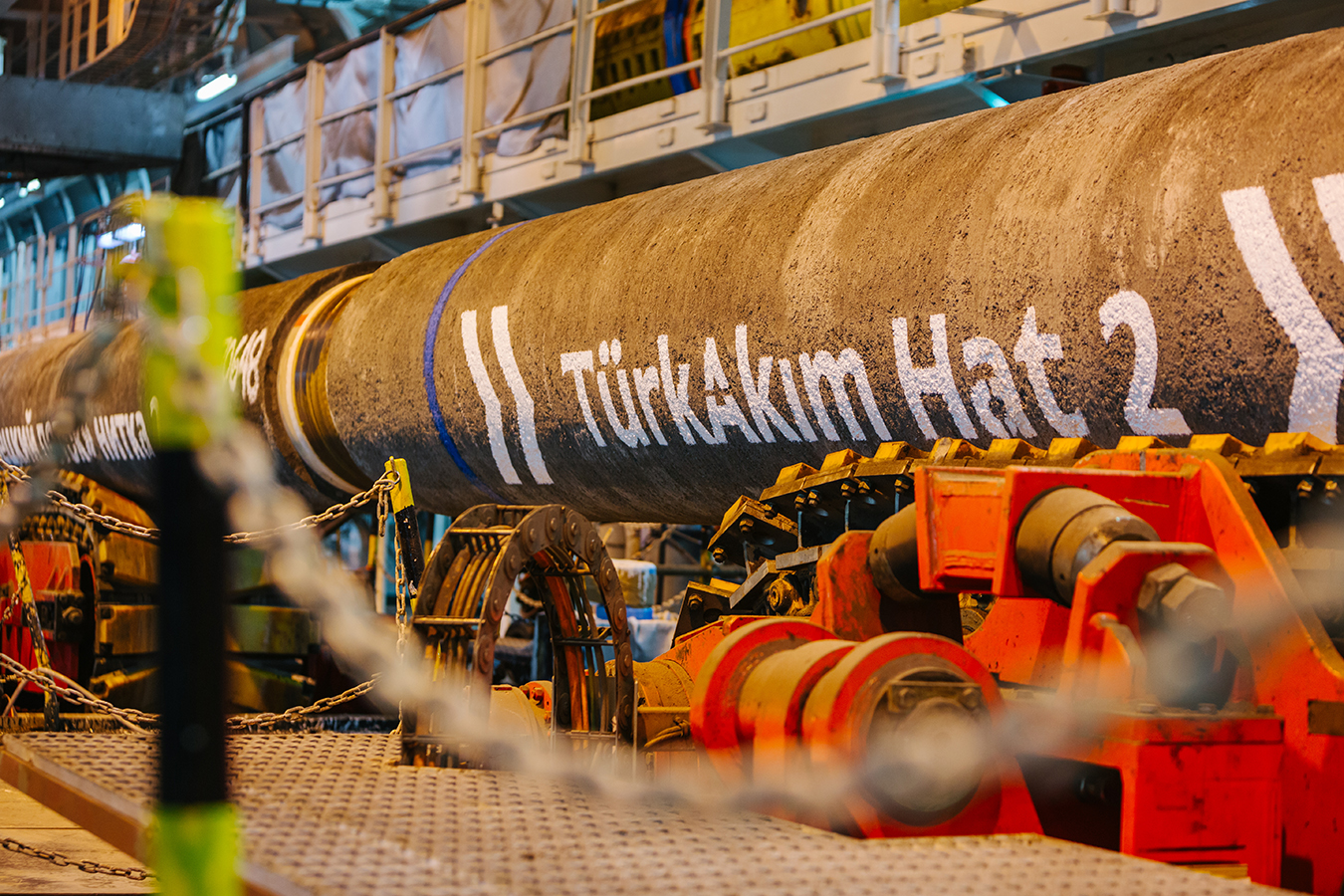 By the end of 2020 Bulgaria will complete its section of the Balkan Stream. This part of the pipeline starts where the second line of the TurkStream, a twin gas pipeline running from Russia to Turkey, ends. The pipeline is to be able to deliver 15.75 bcm of gas to the Turkish and European markets each. If there is demand, the pipe will be able to deliver more. According to the investors, Balkan Stream will use its full capacity, i.e. 15.75 bcm a year. It will complement Nord Stream 1 and 2, effectively encircling Europe with pipelines delivering Russian gas – writes Teresa Wójcik, editor at BiznesAlert.pl.

In line with regulations

The Russia-Turkey-Bulgaria gas triangle is hoping the demand for blue fuel in Central and South-Eastern Europe will grow quickly. To meet that demand, the Balkan Stream is being constructed. The investors have already completed over half of the Bulgarian section, which means there is not much work left. On 26 of June, Tsveta Karayancheva, the President of the Bulgarian National Assembly officially informed Vyacheslav Volodin, the Chairman of the Russian State Duma, about the plans to complete the construction before the end of 2020. Karayancheva ensured Balkan Stream was built in line with EU regulations and would “replace South Stream”.

It is worth noting that South Stream was to run from Anapa, a region in Russia, across the bottom of the Black Sea to the port of Varna in Bulgaria, and then to Italy and Austria. However, in 2014 Sofia bowed to pressure from the European Commission and gave up on the project. In December 2014, Vladimir Putin announced the South Stream gas pipeline would be replaced with a gas pipeline via Turkey called TurkStream (formerly known as Turkish Stream).

Blue Stream was the first gas pipeline between Russia and Turkey that run under the Black Sea. It was launched in 2005. In 2009 Russia proposed a second pipeline. After a few years, a decision was made to construct a twin gas pipeline on the Black Sea bed from Russia to Turkey called TurkStream. The project was announced by president Putin on 1 December 2014. In July 2015 a Memorandum of Understanding was signed between Greece and Russia on constructing and exploiting a section of TurkStream on Greece’s territory. However, in the end Athens decided not to take part in the TurkStream project. Thus, Turkey and Bulgaria partnered with Russia. On 10 October 2016 Russia and Turkey officially signed an inter-governmental agreement in Stambul. The construction of the first underwater line in the Russian section started on 7 May 2017. On 19 November 2018 the investors celebrated the completion of that part of the pipeline in Istanbul.

The second line of TurkStream was launched on 1 January 2020. The gas was transmitted to Bulgaria and North Macedonia replacing deliveries via Ukraine and Romania. President Vladimir Putin and president Recep Erdogan opened the gas pipeline on 8 of January 2020.

TurkStream has two lines with a total capacity of 31.5 bcm. The first line delivers gas to Turkey, but the second is to go even further – to South-Eastern and Central Europe. The second line runs from Turkey’s Kıyıköy to Malkoçlar on the Turkish-Bulgarian border, where it will be connected to a gas pipeline grid in the Balkans. From that point on the gas pipeline’s name is Balkan Stream.

The pipe will go through Bulgaria, Serbia, and Hungary (with an additional line to Slovakia) to Austria. The transmission system encompasses existing infrastructure as well as new sections. Such a section is currently under construction in Bulgaria. It will be 474 km long and will end on the border with Serbia. Half of it has been already completed. Compressor stations in Provadia and Rasovo are currently under construction. The Serbian section, which has been completed, starts on the border with Bulgaria close the the town of Zajecar. The Hungarian part is only 15 km long (9.3 miles). The pipeline will end in Austria’s Baumgarten.

According to the plans made by Russia and Turkey, the second line of TurkStream will alter the regional gas transmission in South-Eastern Europe by redirecting the transit from Ukraine and a network of trans-Balkan gas pipelines. The second goal is to deliver Russian gas to Central Europe. This is why the pipe will end in Baumgarten – a place where, among others, spot contracts are made. And where the gas pipelines from the north (i.e. both Nord Stream pipelines) and south (Balkan Stream) will meet. It should also be underscored that it is possible to quickly add another line to TurkStream. As the demand for gas will grow, two lines of the TurkStream will deliver increasing amounts of Russian gas.

Standing up to Russia – the Three Seas Initiative

Some countries from that region import almost all of their gas from Russia. TurkStream/BalkanStream will cement this dependence and Russian domination over the region. This is why the North-South Gas Corridor initiative is so important to the region. That project is one of the main foundations of the Three Seas Initiative. The construction of the north-south axis starts with investments in Poland. Those include the expansion of the LNG terminal Świnoujście to a capacity of 8.3 bcm a year, the construction of the Baltic Pipe and the plans to install a Floating Storage Regasification Unit (FSRU) in Gdańsk. These are good starting points in the north.

In the south an FSRU is being constructed on the Croatian Isle of Krk with a total annual capacity of 2.8 bcm. It will be launched in early 2021. The success of this project has become more plausible after the center-right Croatian Democratic Union party won the 2020 parliamentary elections. Prime Minister Andrej Plenković stressed the significance of the terminal in diversifying natural gas supply and the investment’s commercial importance. During his previous term in office, the construction of the terminal gained momentum after a longstanding deadlock caused mostly by protests from the Greens and local politicians from the opposition socio-democratic party was resolved.