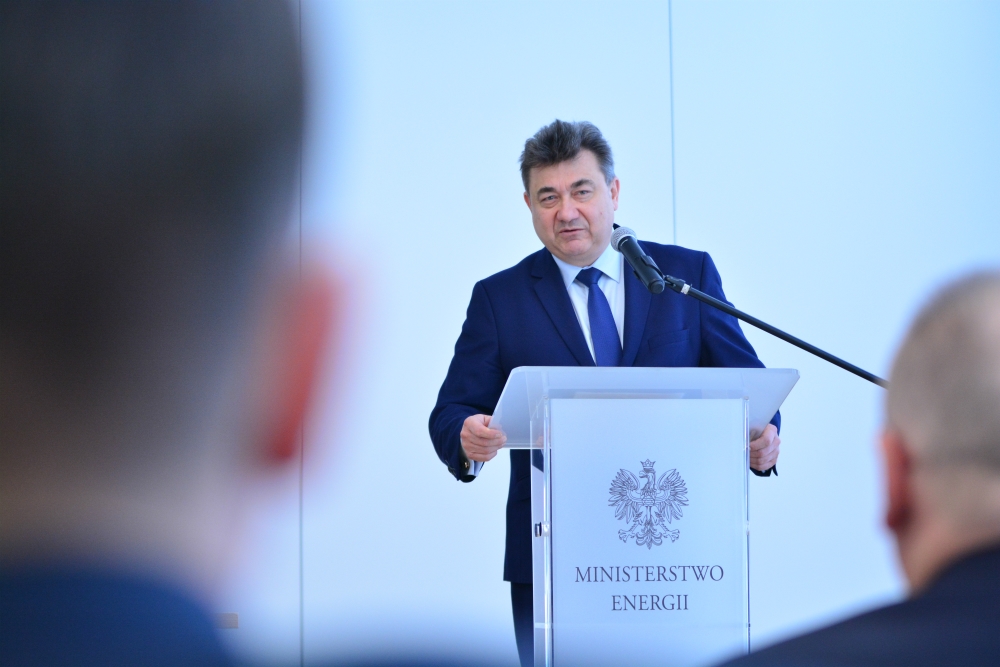 “Besides stabilizing Poland’s energy system, coal is also the foundation for developing renewable energy sources,” argues Grzegorz Tobiszowski, Member of the European Parliament and former deputy minister of energy in an interview with BiznesAlert.pl.

BiznesAlert.pl: What is your opinion about the European Green Deal?

Grzegorz Tobiszowski: There is no doubt that we have to care for and effectively protect climate. We are responsible for the fate of the world and the future generations. Today climate-related issues are one of the most important challenges standing before the European Union. From this point of view Ursula von der Leyen’s priorities are not surprising. However, we should remember that Europe cannot pursue climate goals on her own. We only have one climate, so even the best measures implemented to lower CO2 emissions will have no effect if the world’s biggest players such as the US, India and China won’t engage in the effort. The data presented by the U.S. Energy Information Administration at the SILESIA 2030 conference (4 March 2020) showed that coal production in Asia will be growing significantly until 2050.

Is the European economy able to change fast enough to meet the expectations of the supporters of an ambitious climate policy?

It seems to me that despite the assurances that energy transformation will be just, it does not look like it actually will. This is not only because of the stigmatization of coal as a source of pollution, but also the attempts to stop subsidizing energy investments involving gas. However, we need to remember about energy security, which is the cornerstone of every state. This kind of security is understood as the right to energy access at any time, which allows economic development. Its role is priceless and it is crucial for the pursuit national interests.

What will be coal’s role in a decarbonizing Europe?

When I was a deputy minister of energy I took some actions to establish the carbon-ozone alliance. The goal of the initiative was to show that these two energy sources can perfectly complement each other in an energy system. Additionally, coal, besides stabilizing Poland’s energy system, is also the foundation for developing renewable energy sources (RES) in our country. This is why it is extremely important to introduce responsible changes in energy mixes in all European states, to construct a stable system, to pursue a responsible and just energy transformation that includes RES, but also leaves room for traditional fuels.

Especially that, thanks to modern technology we are able to use them without adversely impacting climate and polluting air. This is why we invited Angelos Kokkinos from the U.S. Department of Energy to our SILESIA 2030 conference in March. He presented a zero-emission coal combustion technology. This is just one example, which proves we should not discard this fuel just yet.

What actions should be taken to secure Poland’s interests while pursuing climate neutrality?

Poland’s opinion has to be voiced loudly. This is why I initiated the SILESIA 2030 conference series whose goal is not only to support the processes that are changing mining regions, but also to mobilize communities to protect traditional fuels. The talks resulted in signing the “Silesia Resolution”, which includes the assumptions a responsible climate protection policy in Europe should be based on. The resolution is supported by representatives of the Polish government, our MPs, management boards of four voivodeships where the deposits are located (Silesia, Lublin, Lesser Poland and Podkarpackie) and presidents of Silesian cities. Hopefully this wide support will help include our propositions in the socio-economic scenario proposed by the European Green Deal. The resolution was positively viewed by, among others, Scott Forster from the United Nations Economic Commission for Europe (UNECE) , who invited us to join a project whose goal is to create an international alliance for fossil fuels and their eco-friendly usage.

Should and if yes – when should Poland phase out coal in its energy sector?

It would be irresponsible to point to a specific date. If we stress that the most important thing about the transformation is for our country to maintain its energy security and to protect jobs (in Silesia it’s about 250,000 employees), then decreasing coal participation in Poland’s energy sector may take place only if the socio-economic impact of this change is minimal and only if we are sure that RES and related  technologies will ensure access to power at any given time. This is the most important thing.