Polish Briefing: Trump challenges Russia and China. A chance for the nuclear in Poland? 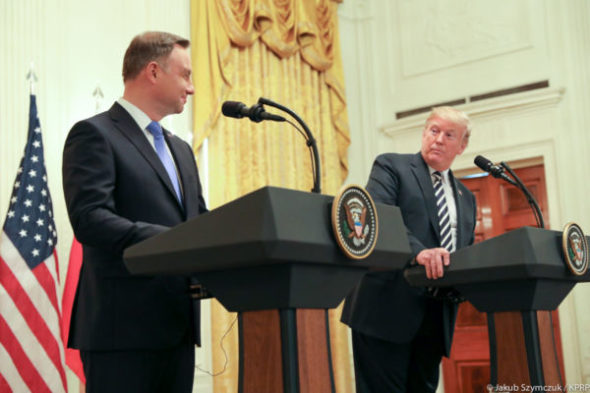 What goes on in Poland on the 16th of October.

Trump challenges Russia and China. A chance for the nuclear in Poland?

– While our rivals are developing significantly in these areas, America’s scientific and technological dominance is more important than ever. The US will not look away from the tactics of countries such as China or Russia – we read on the website of US President Donald Trump.

It is about technology theft, forced intellectual property transfer, and other actions that Americans are expected to counter in order to protect innovation and technological advantage by “closing the gaps” and collaborating with allies and other partners.

BiznesAlert.pl informed that in October the Americans could sign the already announced agreement with Poland on cooperation in the construction of a nuclear power plant on Polish territory. In spring 2020, the Center for Strategic and International Studies published a report entitled The Changing Geopolitics of Nuclear Energy. A look at the United States, Russia, and China – dedicated to the importance of nuclear energy for the competition of these powers on the international arena. The nuclear sector is to be a source of advantage for Americans, but so far they have not had the tools to finance their investments with foreign partners. Now, however, they have supported the project of a nuclear power plant in Romania and can support another in Poland.

Polish Briefing: Nuclear energy from the USA for Poland from Bechtel?
Polish Briefing
What goes on in Poland on the 18th of June. Related posts: Polish Briefing: Jagiellonian Institute – Polish nuclear power plant will be delayed […]
More