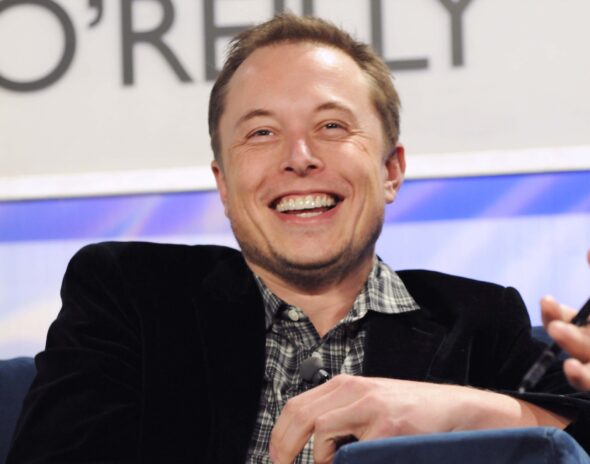 Elon Musk started 2022 big. For the past three months his name has stayed in the headlines as he got engaged in helping Ukraine in its efforts to fight off the tyrannical Russian invasion. Now the billionaire wants Twitter, which from the first day of aggression has been a weapon in his duel with Putin, to spread democracy and freedom of speech – writes Jędrzej Stachura, editor at BiznesAlert.pl.

In April 2022, the owner of Tesla and SpaceX announced he would take over the platform for USD 44 billion. This announcement about one of the biggest purchases in history prompted some skeptics to claim that even the richest man in the world could not afford it. Investing in the development of SpaceX and Tesla and helping Ukraine all at the same time is the path he chose himself. As it turns out, Elon Musk has “only” part of the cash to take over Twitter, which is another element of his business. According to the Financial Times, he will cover USD 21 billion out of his own pocket, while banks will put down the rest by giving him a loan against Tesla shares.

I don’t think this social media platform needs any introduction. However, it is worth quoting a few statistics that it can boast of in the first quarter of 2022. During this time, Twitter’s revenue increased by 16 percent (to USD 1.2 billion), and in March only it was visited by about 229 million people a day. This shows the potential of this tool, which can bloom even more in the hands of a genius. After the success of SpaceX and Tesla, which Musk created from scratch, one can expect Twitter will add to his empire.

What’s going to change when Musk comes in?

The deal has fueled speculation about what it could mean for the future of the social network. Musk says that freedom of speech is the most important to him, and that Twitter is to provide space for digital meetings to make debates about the future of humanity possible. “I also want to make Twitter better than ever by enhancing the product with new features, making the algorithms open source to increase trust, defeating the spam bots, and authenticating all humans,” he said in a statement.

The first move that will confirm the words of the owner of SpaceX, is letting Donald Trump back on Twitter. The former US President was expelled from Twitter in January 2021, which caused a lot of controversy and was a kind of a denial of the claim that anyone can speak on the platform. On the other hand, Trump, who was then the head of state, published posts calling for violence – at least, that’s how the Twitter gate-keepers argued for their decision. Silencing the President of the United States shows that anyone’s voice can be suppressed. Musk announced that he would unblock Donald Trump as soon as possible.

About what should be, but is not allowed on Twitter, Musk wrote even before he revealed the idea of purchase. In late March, he published a survey asking whether users believe that the platform cared about freedom of speech. “Free speech is essential to a functioning democracy. Do you believe Twitter rigorously adheres to this principle?,” he asked his followers. Out of the 2 million respondents about 70 percent said “no”. According to Elon Musk, when the most extreme 10 percent of users on the left and right are equally unhappy the policy of the platform is doing its job. The question is what algorithm could measure this.

The impact of the new owner on content moderation is a matter of the future, and now it is difficult to guess what steps he will take. However, it is worth noting that Musk’s posts were also not free of controversy. In 2020, he was accused of violating the rules when he wrote that children were resistant to the coronavirus. In the end he did not suffer any consequences from Twitter for this.

Another Twitter problem that Musk personally touched upon is cryptocurrency scams. Scammers impersonated him, using fake accounts on various social networks to get people to donate cryptocurrency. In 2020, Musk’s account was even hacked for a bitcoin scam, and in January 2022 he complained that the platform was not fighting cryptospams. In April, he wrote that after the purchase, he will either defeat spam bots or “die trying.”

Musk also announced that he will look into the issue of editing published posts. Twitter users have long asked for the ability to edit their tweets for typos and other issues, but this feature has never been at the top of the company’s priorities. The board was concerned that the editing tool could lead to problems, because published and “forwarded” tweets could be edited, which could change their meaning and lead to manipulation. In 2020, Jack Dorsey, co-founder and former CEO of Twitter, said that the post editing button would never be added. “The reason there’s no edit button [and] there hasn’t been an edit button traditionally is we started as an SMS text messaging service,” Jack Dorsey clarified. “So as you all know, when you send a text, you can’t really take it back,” he added.

The answer to what Musk will do, however, will have to wait, because the transaction has not yet come to fruition. According to the announcement, the owner of Tesla will close it by the end of 2022. When this happens, we will know the new shape of the platform, which for years has been used to exchange thoughts on countless topics, and to mobilize various initiatives, as, for example, in the case of SpaceX and support for Ukraine. The fact that Elon Musk takes Twitter very seriously does not need to be explained to anyone, since it has long been his main tool for communicating with the world. The billionaire leading such an influential platform gives hope that the medium will thrive again, and will be rid of the so-called Russian trolls and other kinds of scammers. It is also a harbinger of a further anti-Putin campaign, in which Musk has been involved since the first days of the war.

Małecki: Let’s get ready for a cyber tsunami
Cybersecurity
Former head of the Foreign Intelligence Agency, and now an expert of the Pulaski Foundation, Colonel Grzegorz Małecki, warns of the threats to […]
More

Wandering in the darkness. Cyber security following reconstruction
Cybersecurity
Cyber security is unfortunate in Poland. For a long time now, there has been friction between various state institutions. As a result, new visions […]
More

Cybersecurity in 2018 – The Kosciuszko Institute publishes experts’ forecasts
Cybersecurity
Like every year, we have asked experts who are members of the European Cybersecurity Forum – CYBERSEC community and who represent different fields […]
More