ENTSO-G just released a new crisis simulation report this winter. The results show that Europe is better prepared for gas transit interruption by Russia than it was back in 2009. No significant problems are expected. However, there may be difficulties in Romania and Bulgaria because of limited interconnectivity in the region – writes Serhiy Makogon, vicepresident of Ukrtransgaz.

Ukraine can provide its gas infrastructure to help those countries to minimize the risks of the security of supply for final consumers:

1. Bulgaria and Romania could create additional gas stock in the Ukrainian underground gas storages. There are already about 21 bcm of gas accumulated, but 10 bcm more of storage capacities are available for shippers. Ukraine already offered their storage capacities to those countries in the spring, but did not receive any response. In general, we believe in possibility of deep cooperation between Ukraine and South European countries countries. For example, on October 7 a Romanian regulator announced a plan to increase gas storage capacity. Under the project, gas storages volumes will increase from the current 3.1 billion cubic meters m of gas to 6 billion cubic meters m, which will be equal to half of Romania’s annual natural gas consumption. The implementation of the plan will take about 3 years and will cost EUR 3.36 billion.

However, it is worth noting that there is currently a free capacity of 10 billion m3 in Ukraine. Ukraine is ready to provide this capacity to Romanian companies at a cost of less than 1 Euro per MW per storage cycle. The season of storage of 3 billion m3 of gas in Ukrainian UGS would cost about 21 million Euros, which is 160 times cheaper than building a new own storage facility in Romania. It is obvious that this huge difference will be finally paid by Romanian final consumers. I am very surprised by the position of the Romanian regulator, which must first and foremost take care of consumers’ interests.

2. Create a route for transporting gas from the EU to Bulgaria and Romania through Ukraine to guarantee the supply in case of emergency. Now the existing guaranteed capacity of imports to Ukraine from Slovakia is only 27 million per day. Technically, they can be increased to 120-180 million per day by unblocking and reversing several gas pipelines at Slovakia, the use of which is now blocking Gazprom. The EC needs a tough stance on this issue, in particular DG Competition and DG Energy. The principle of solidarity should be not only a slogan, but also a rule for the EU. Therefore, Slovakia must unblock its pipelines for deliveries to Bulgaria and Romania in the event of a crisis. 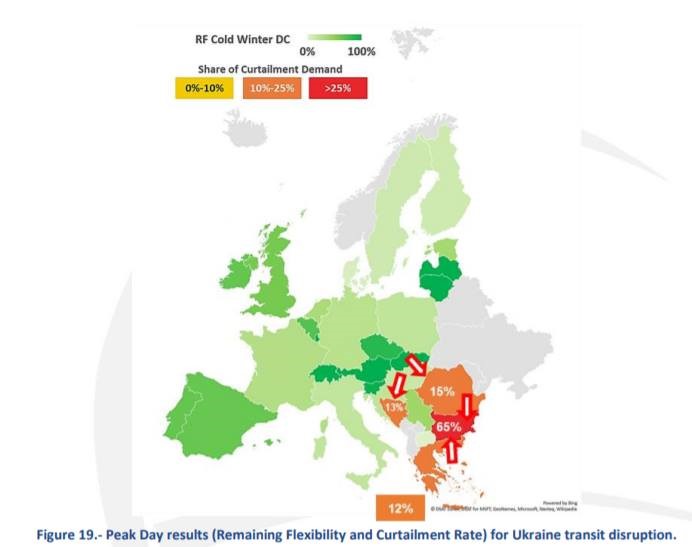 How will Ukraine pass through the winter if the transit of Russian gas stopped?
GAS
Ukraine is close to the setting up of another direction of gas imports, through which from 1 January 2020, deliveries from Romania, Greece and Turkey […]
More

Stępiński: Is Nord Stream 2 a threat of invasion on Ukraine? (part one)
Nord Stream 2
The area of ​​the former Soviet Union is particularly important for Russia, especially in the context of Ukraine, which is one of the main routes […]
More