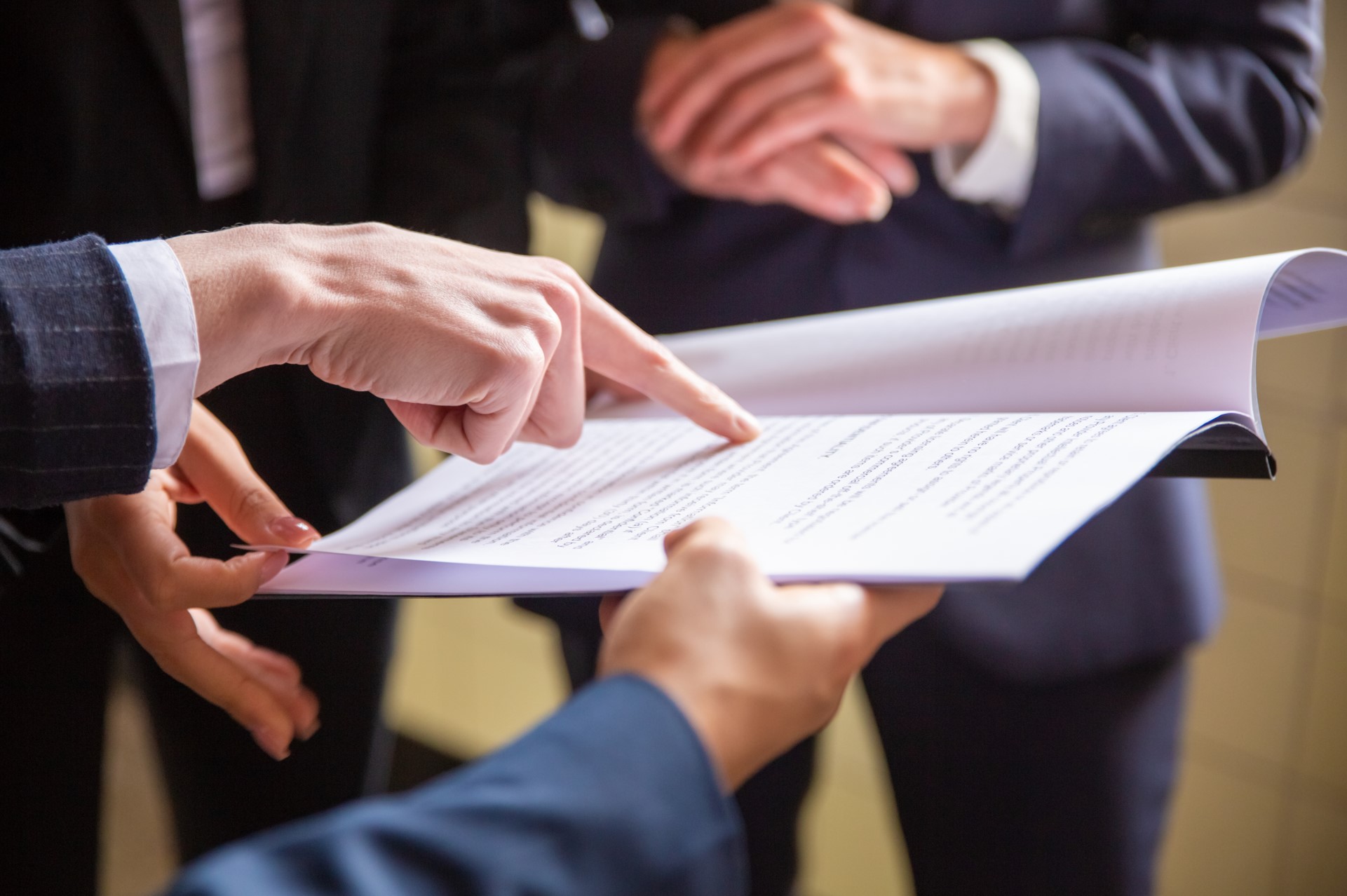 Choosing the partner for the construction of Poland’s first nuclear power plant is one of the most important moments in the history of the Polish energy industry. The Americans, the French and the Koreans have put their offers on the table. Now they are waiting for the Poles to make a decision by the end of 2022. What are the three nuclear veterans offering? – writes Jędrzej Stachura, editor at BiznesAlert.pl.

The plan is “simple”. As part of the Polish Nuclear Power Program 6-9 GW of nuclear capacity will be added to Poland’s energy mix by 2043 with the first reactor launching in 2033. The Poles can pick and choose out of three offers: from America’s Westinghouse, France’s EDF and Korea’s KHNP. By the end of 2022, a decision is expected to be made which of these three companies will be a partner in the construction of the first nuclear power plant in Poland. We do not yet know which way the Polish government will go, but we can introduce the three candidates.

USA, or keep it simple

Let’s start with the offer from the Americans, who can provide Poland with reactors with a total capacity of 7.2 GW. They propose AP1000 pressurized water reactors (PWRs) from Westinghouse, a pioneer in the nuclear power market and one of the leading technology providers. The unit in Poland is to be the 11th of this kind in the world. Westinghouse has four reactors in China, with four more coming soon and two more in the United States.

The biggest advantage of the American technology is cheaper implementation and exploitation. AP1000 is a two-loop pressurized water reactor (PWR) with a capacity of 3,415 megawatts (MWt), which uses an innovative safety system. “It has a one-of-a-kind passive safety system that requires less equipment and a smaller reactor island area. The reactor island is the most expensive part of the plant, and the AP1000 is only a third of the size of other nuclear reactor technologies,” Westinghouse said in a statement for BiznesAlert.pl.

Nuclear power plants operate on the basis of safety systems that complement the natural characteristics of the reactor core. Safety regulations include the construction of a number of physical barriers between the reactor’s radioactive core and the environment, as well as the provision of multiple safety systems. The passive system does not require electrical or electronic systems, which may not work if damaged. Thus, the probability that a passive system will get blocked or damaged is lower, which is why it is more reliable than an active system. In short, the Westinghouse reactors require less equipment and facilities, which is expected to have a positive impact on the safety and economic efficiency of the plant during operation.

France, or the world’s most powerful reactor

France’s trump card is the EPR1650 (European pressure reactor), or PWR of the third generation. The 1,650 MWe unit, based on French technology, is expected to be cheaper than previous PWR reactors and more efficient in generating electricity.

The reactor was designed and developed by EDF and Framatome (now Areva) in France and Siemens AG in Germany. The first two EPR1650S appeared in Taishan, China, where they began work in 2018 and 2019. The NPPs in France and the UK have not yet taken off. The French started construction of the Flamanville plant in 2007, but the start was delayed due to high costs. However, EDF argues that the nuclear reactor will be operational by the end of 2023, and a year later will begin commercial operation. The company is building two more units in the English Hinkley Point C, the first of which will launch in 2026, and the second in 2027.

If we put aside the risk of a few months-long delay, which in the case of Poland may not happen, it turns out that the French are offering the most powerful reactor possible (1650 MWe). EDF stresses that it has been designed for the highest efficiency, with attention to performance and safety standards. The designers boast of the highest level of protection of nuclear materials and modern systems of protection against external threats.

It is worth adding that the French have great experience in working with the atom, because they have built and still operate dozens of reactors. Their long-term existence on the European market or in relations with institutions, subcontractors and suppliers can be a factor in the construction of atom in Poland. France knows the specifics of the region, which can be a bit exotic for example for Koreans. Add to that the International Atomic Energy Agency (IAEA) safety standards, membership in the Western European Nuclear Regulators’ Association (WENRA) and a certificate of the Organization for European Utility Requirements (EUR).

An important issue from the perspective of Poland is the French presidency at the Council of the European Union. The member states currently holding the presidency (France, the Czech Republic and Sweden) set long-term objectives and prepare a common agenda of topics and issues to be addressed by the Council for 18 months. Choosing the French technology could strengthen political ties between the two countries.

South Korea says it is ready to help Poland build its first nuclear power plant. European standards and geographical conditions will not be an obstacle, because for several years KHNP (Korea Hydrogen & Nuclear Power) has had all the necessary certificates. On top of that the company has already constructed NPPs in places all around the world. Korea has many years of experience in the construction and operation of nuclear power plants, currently KHNP is modernizing the plant in Shin-Kori, where there will be a total of six reactors. Two of them are APR-1400, which is the most modern unit included in the offer submitted to Poland. The document provides for the construction of six APR1400 reactors with a capacity of 8.4 GW.

Vice-president of the KHNP Yoh-Shik Nam has emphasized that Korea, when creating its nuclear industry, not only took into account international solutions, but developed its own technology through intensive research and development projects. “KHNP currently has advanced capabilities for the construction of nuclear power plants using domestic, distinctive technologies, as well as equipment. South Korea is not subject to any export restrictions on nuclear technology,” Yoh – Shik Nam said.

Korea’s advantage is that they are capable of completing the project on time and on budget. This was done, for example, in the United Arab Emirates (UAE), where they built a modern nuclear power plant. KHNP claims that it is able to build an atom in Poland on schedule and on time, just like in Barakah. According to the offer, the first “Polish-Korean” reactor can be built in six years from the start of construction in 2026. The cost of this project would be from USD 20 to 24 billion. South Korea also boasts a skilled and experienced staff (18,000 employees from 15 countries). It is worth adding that the Koreans talk about sharing knowledge with the Poles, so that they can create a foundation for nuclear energy and in the future develop in this sector on their own. However, they point out that if Poland does not choose them as partners in the construction of the atom, they will want to provide support in the form of access to technology, including turbines or nuclear fuel. They also do not exclude cooperation with the Americans, with whom they have long-standing political, economic and military relations.

Choosing the Korean technology would put an end to speculation about the political basis behind this decision. It would also be a signal that Poland is approaching the matter “coolly” and chooses an option that is economically, technologically and time-wise attractive, putting aside the issues of influence in NATO or the EU Council. However, these are becoming more important in the face of Russia’s invasion of Ukraine and the energy crisis. The construction of the nuclear power plant will take about 10 years, and Putin’s schizophrenia is progressing with each month, which is why political connections in such a troubled period can have added value.

Either way, it is not a soft nut to crack. Poland has something to think about and must make a decision as soon as possible to start building the atom that for years, amid many disputes and wrong decisions, has not been able to germinate on its land. The fruits of nuclear energy are safe and stable, which is what we need more and more. So, we are waiting until the end of the year, because that’s when, according to the government’s announcements, the Polish atom will get a foreign guardian.