When it comes to combating energy poverty, teaching to fish is better than giving a fish (ANALYSIS) 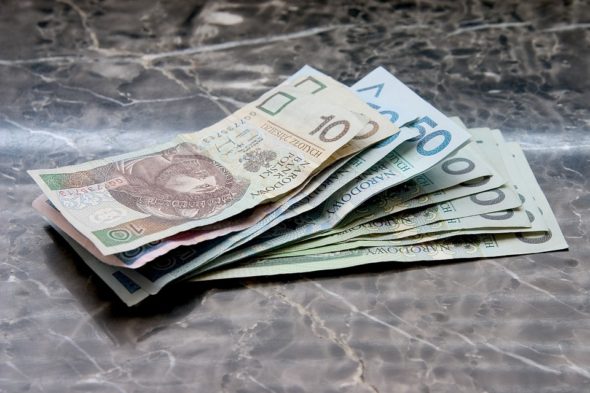 Instead of patching up the problem of energy poverty, the government must take decisive actions to eliminate it altogether. Otherwise, the spending on this kind of aid will only continue to grow – writes Michał Bielicki from the Z Energią o Prawie Association.

The 2018 IBS report on the prevalence of energy poverty, shows that it is not an incidental phenomenon. On the contrary, according to the document, it is at about 14 percent, which means it affects 850 thousand households in Poland. Many families are unable to pay their electricity bills on their own, and are forced to rely on state aid mechanisms. According to the information provided by the government, the largest percentage of beneficiaries of this form of assistance are pensioners. In fact, the majority of assisted households are located in areas where pre-war structures have survived, and which are home to the poorer sections of the society. This problem mostly affects residents of the Lower Silesian, Lubuskie and Opolskie Voivodeships, where the percentage of such buildings is at 70. Whereas when it comes to the kind of areas most affected by energy poverty, rural provinces definitely stand out, as the scale of the issue there is over a dozen times bigger than in towns and cities.
According to the current regulations, only a person who already has a housing benefit, participates in a complex agreement or a power sales agreement signed with a power company and lives in a place where power is provided is eligible to apply for the mentioned aid. It is very important to note here that there are no separate regulations on the limitation of income per person (applicant) applying for an energy subsidy. In the current legal system, the rules on the housing allowance should be taken into consideration. The allowance amounts to:

The last element to be verified in the procedure to award the discussed benefit is the floor area criterion, which may not exceed the standard area by more than 30 percent, or by another higher value if more than one person lives on the premises. For example, in an apartment inhabited by 6 people, the size of the area cannot exceed 65 m2.

Once the above criteria are met, the household in question can count on a benefit to the tune of:

According to the planned amendments to the Energy Law, as well as some other laws, the government decided to make changes to the energy subsidy system presented above.

The list of legislative works that the government is to discuss, says that the changes will concern: changing the definition of the final recipient, in a way that allows for a key extension of the catalogue of entities within its framework; changing the procedure and the criteria that the applicant (and thus the household concerned) must meet in order to receive the aid. In this matter, the intention is to provide assitance to households whose monthly income does not exceed PLN 1,563 in the case of single-family households, and PLN 1,115 per person in the case of multi-family households. In addition, a number of other non-financial (ancillary) solutions are planned to protect the target group. These will include, for example, a ban on cutting off power during the winter period, i.e. the period when most energy is consumed and when, due to the time of year, it is most needed. This is a kind of modification of Article 6, point 3A of the Act on Energy Law, which clearly indicates that if the power consumer delays payment for the bill by one month, the affected company can cut the power. If the planned amendment enters into force, the company will not be allowed to take such an action in the so-called winter months. When it comes to other solutions, it should also be indicated that these will also cover schemes to support vulnerable customers in the event of arrears and ongoing energy bills. Vulnerable consumers of gaseous fuels will also be entitled to aid in this regard. In addition, special protection will be given to groups that, due to their health, need a constant supply of electricity, such as persons suffering from respiratory failure. Most importantly, the household’s electricity consumption thresholds will change. This will certainly increase the comfort of families with many children, where the demand for electricity is statistically higher.

Cost of the changes

As reported by the Polish Press Agency, the government wants to allocate PLN 1.5 billion for the energy subsidies. This represents about 0.36 percent of Poland’s total gross income for the previous year. This does not seem to be an especially large amount, but it should be borne in mind that there are other necessary expenses, and that these are mere assumptions. The final amount may, after all, be much higher. The prime minister seems to share this opinion, as he informed that the cost will reach between PLN 3 and 5 billion. In addition, the number of households that may benefit from the energy supplement following the legislative changes is not known. The impact of the pandemic will certainly broaden the interest in this aid program. Compared to the pre-pandemic period, it can again be assumed that this number will only grow. This means it will be necessary to allocate more resources from the state budget for this purpose. According to the speculations of the now former Minister of Climate and Environment – Michał Kurtyka, the figure is expected to increase to more than two million households, which is three times more than in 2018. In view of the economic crisis and rising inflation, one must be prepared for the fact that this number will only grow.

When considering the purpose of these changes, it should be noted that the project is intended to address people with financial difficulties, who are unable to pay their electricity bills on their own. This will certainly provide better development conditions for families with many children, as well as pensioners who receive small benefits. However, this solution may hurt the pockets of the whole society, since the scale of the problem may be much larger, which will entail the need to transfer more funds from the state budget. A better solution would be to find a way to offer those affected by “energy poverty” real opportunities to get out of this predicament. This is not a simple task, and certainly any solution would not be able to cover the whole group, especially considering the fact that it encompasses the elderly and sick. In my opinion, however, we should not go too far with this type of aid, because in the current economic situation, with the current level of prices and also the cost of living, we are not in a position to make further commitments that might affect a regular taxpayer. On the one hand, it seems that this regulation is necessary, since the right to electricity should not be seen as a luxury good, but as a necessary minimum. However, the question must be asked as to why this is the case and why certain groups benefiting from this relief are not able to pay the full price for electricity. In view of the ever-increasing proportion of households covered by this form of aid, it must be said that this is an increasingly serious matter which should be dealt with first. This form of aid should be of a temporary nature, and in future should be limited to a very small number of households.

To sum up, strong government action is needed to do away with energy poverty, to properly eliminate the problem, rather than to patch it up here and there. Otherwise, the spending on this kind of aid will only continue to grow.

Forum Energii: The last such auction
Energy
The fourth capacity market auction was held on the 6th of December 2019. Although there were some long-awaited new projects, the Santa Claus gift […]
More