Who will pay for the shutdowns at the Bełchatów Power Plant? 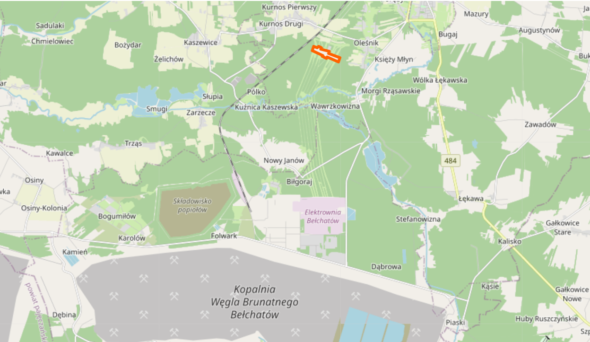 The interference at the Rogowiec power substation led to the shutdown of 10 coal units. Questions about the responsibility for the breakdown and compensation for the incurred losses need to be answered. However, it seems that the answer on how to avoid such situations is more interesting that the search for a culprit – Bartłomiej Sawicki, editor at BiznesAlert.pl, writes.

Interference at the substation and shutdown of the power plant units

Last Monday at 4:30 pm Polska Grupa Energetyczna (PGE) said that electrical protection was initiated at the Rogowiec substation, owned by Polskie Sieci Elektroenergetyczne (PSE, grid operator) and located outside of PGE’s power plant, which resulted in the shutdown of 10 power units, with a total capacity of about 3900 MW, at the Bełchatów Power Plant. In the evening the grid operator confirmed that at 4:30 pm an interference occurred at PSE’s power substation in Rogowiec. “The substation’s automatic system was initiated, which caused the shutdown of 10 units at the Bełchatów PP owned by PGE Górnictwo i Energetyka Konwencjonalna. 3640 MW of capacity went offline,” the company explained. The grid was balanced out by PSE thanks to, among others, initiating generation at pumped-storage power plants, activating spinning heat reserve at working power plants and inter-operator import of power from Czechia, Slovakia and Germany. Poland also imported previously bought and contracted electricity from Germany and Slovakia. If it wasn’t for all of that, the emergency shutdown of the power plant, which at that point was responsible for generating 17 percent of the electricity in the grid, could have had more serve consequences. However, thanks to the remedial measures, the grid remained stable. The breakdowns were fixed after 1-2 hours. The Rogowiec substation was ready to reconnect to the units almost within an hour – the first three unit cable lines were linked up already at 6:42 pm, but putting the coal units back online was to take 10-12 hours. On Tuesday morning PGE said that at night six units were reignited at the Bełchatów PP, numbers: 3, 4, 5, 9, 10, 11. The unit with the highest capacity, which was connected to a different power substation – Trębaczew, was working without any issues. On Tuesday evening PGE announced it was in the process of putting online the last out of the 10 units that had been shut down due to the emergency after the “PSE breakdown”, which had happened on the previous day. The last unit was to be resynchronized with the grid at about 8 pm. However, despite this announcement some units were still off on Tuesday night and Wednesday morning. Units B2 and B8 were still offline until 3 pm on the 19th of May. PSE stressed that the shutdown of the units at the Bełchatów PP, which took place on the 17th of May 2021, did not cause any blackouts and did not impact energy consumers.

The immediate implementation of remedial measures that were mentioned above, made it possible to avoid blackouts. PSE explained that the grid operation is planned at different time frames: from multi-annual plans that include, among others, sufficiency of generation and investment needs, through mid-term plans, to current, daily coordination plans. “The longer the plan, the larger the safety margin, in case of plans for the next day it is possible to quite precisely predict, e.g. the weather, demand, etc.,” the operator explained. PSE also clarified that the basic rule is to prepare the grid so that in case a single element become unavailable (e.g. in result of a breakdown) no interference is caused. The operator also has a reserve capacity in case of, e.g. increased demand or capacity generation failure (e.g. due to a breakdown of a PP or RES generation that is lower than expected). “At PSE we also have a plan to maintain the continuity of operation and a risk management policy, which allow us to prepare for atypical situations,” the operator added.

When 3.6 GW of capacity at Bełchatów went offline on Monday, it was replaced thanks to the remedial measures the operator had prepared: capacity reserve at other power plants, pumped storage power plants, and inter-operator help, as well as the reaction of the PSE emergency response team.

Root causes and looking for the culprit

According to PSE the shutdown was caused by an interference at the Rogowiec power substation, to which 11 units at the Bełchatów PP, owned by PGE GiEK, are connected. During the breakdown at the substation one of those units was already off.

The root causes are being investigated, but it looks like the breakdown was caused by human error. PSE set up a team that is to explain why the event had such widespread consequences. The safety systems both at PSE and, interestingly, the Bełchatów PP, need to be examined especially closely. According to the data that was collected so far, the interference was not caused by third parties, including a hacker attack. PGE will ask PSE to cover the losses and costs incurred due to the – as the company wrote – “breakdown at the PSE substation in Rogowiec”. Whereas PSE explained that, first there was no breakdown at the station, there was an “interference”, and second, the root cause of the breakdown had to be ascertained first, before any steps are taken. Despite that, Wojciech Dąbrowski, CEO of PGE, stressed in a statement that none of the employees at the Bełchatów PP were responsible for the PSE breakdown. Dąbrowski explained that the 10 units were shut down automatically due to the issue at the PSE substation in Rogowiec, which is located a few kilometers away from the plant. All appliances and installations at the Bełchatów PP were working correctly.

In response to our questions, PGE’s press office stressed again that none of the Bełchatów units broke down. This is why, in PGE’s opinion, the consequences of the breakdown, including the financial ones, should be borne by PSE. It is also worth pointing out that unit no. 14, which has the biggest capacity, was generating power without interruptions. This is because it is connected to a different node – one located 42 km away from the power plant. “That section of the grid was paid for by PGE and is maintained by PGE,” the company explained. The unit went first online in 2011, so the Trębaczew substation is relatively new.
In response to BiznesAlert.pl’s questions, PSE explained and assured that the reasons for the interference will be closely examined and analyzed by PSE to draw conclusions and limit the risk of similar situations in the future. “Initial investigation suggest it was a human error. Either way, the extent of the event means we need to ascertain a detailed course of events not just at the station in Rogowiec and the Bełchatów PP, but also at other points in the system. The safety system will need to be examined thoroughly – both at the power plant and the station,” PSE explained. When asked about the costs, PSE stressed this issue also had to be carefully considered. “At this point it is too early to come up with a specific number,” the grid operator stressed.

It wasn’t a breakdown, but an interference

PSE also explained that there was no breakdown at its substation in Rogowiec, and that it did not require a renovation, because the shutdown of the units was caused by an interference. A question about the age of such power substations needs to be asked. The one in Rogowiec is as old as the other blocks and was built in the 1980s. To be precise the Rogowiec 400/220 kV power substation was built between 1978 and 1989. Was its age the reason for the breakdown? PSE explained that the grid is planned, designed and built in a way that makes it possible to exploit it even for decades. PSE conducts any necessary renovations and modernizations on an ongoing basis. The Rogowiec 400/220 kV station is maintained by a team of employees who work 24/7.

We also asked PSE about the age of such stations at a different large energy complex in Poland – the Kozienice Power Plant. The company replied that the switchboard plant was renovated in 2017. The other switchboard plants – 220 and 11- kV were built in 1972. The Krajnik substation was completely modernized in 2020, whereas Dobrzeń’s renovation is about to end.

Grid failed, but coal is on trial

The interference at the substation excited many comments about the deficiencies of coal, and the breakdown was presented as an example that illustrated the necessity to eliminate this fuel. However, in this case, regardless of the coal phase-out caused by high CO2 emission prices and Poland’s international obligations, it is worth stressing that the shutdown of the 10 power units was not caused by a breakdown of any appliance or coal installation at the premises of the Bełchatów PP. It resulted from the interference at the substation, outside of the plant. Such an emergency situation could have happened at any other source. However, a question needs to be asked – when dealing with such a huge power plant, inherited after communist Poland, should we make precautions for the future and diversify the power supply from such large producers as those in Bełchatów, Kozienice and Opole. Today such power plants, with a total capacity of 5.3 GW are no longer built and won’t be. In the next 12 years the biggest power plant that will be constructed in Poland is to be a nuclear power plant. Ultimately, there will be six nuclear units with a total capacity of 6-9 GW. There will be two nuclear power plants with three units, or three plants with two units. So their total capacity will be 2-3 GW, which means the nuclear plant that will be constructed in Bełchatów will, in theory, have a smaller capacity than the existing one, which runs on coal.

Buk: The EU ETS should prioritize investments that contribute to decarbonisation
Energy
How should the European Emissions Trading System (EU ETS) work? It was the subject of a webinar organized by ERCST which Wanda Buk, Vice President of […]
More