Will Europeans have to eat hamsters because of Gazprom? (ANALYSIS) 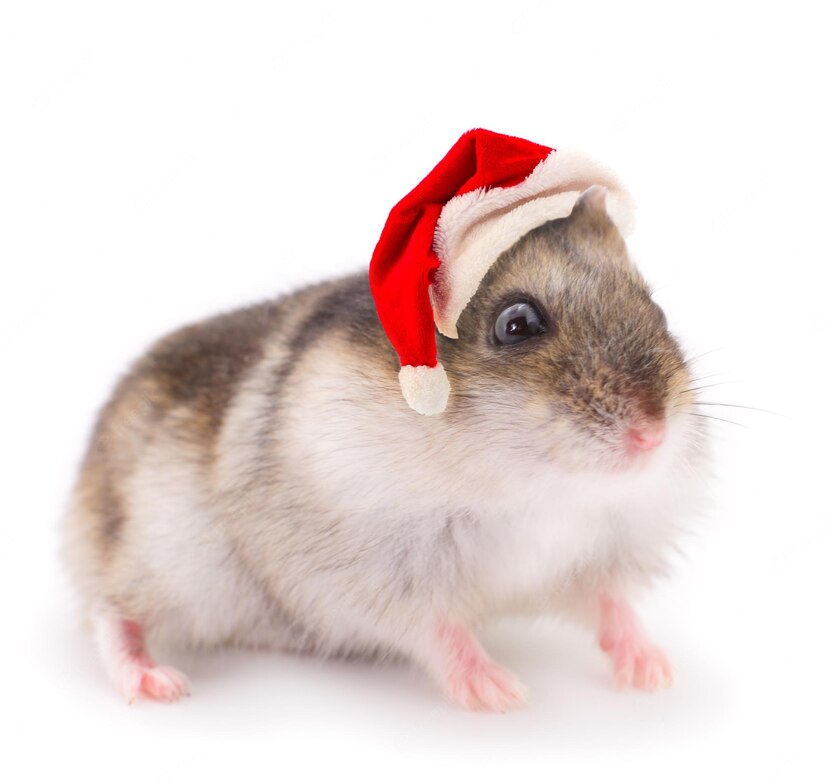 Russian propaganda reached its pinnacle with a clip where a European family is forced to eat a hamster for Christmas 2023 because of the energy crisis. However, data from the energy sector show that even though Gazprom’s game to paralyze Europe was sloppy, it will continue – writes Wojciech Jakóbik, editor-in-chief at BiznesAlert.pl.

In the analysis titled „Gazprom’s new game” from December 27, 2021 I put forward a thesis that the Russians are deliberately limiting gas supply in order to pressure Europeans to unblock the disputed Nord Stream 2 pipeline. Since then, the energy crisis fueled by Gazprom culminated in the Russian attack on Ukraine in February 2022, which paradoxically did not interrupt supplies through Ukrainian territory. It is one of the last two remaining gas supply routes from Russia to Europe, apart from Turkey. Perhaps this is because Nord Stream 2 had not been allowed to launch, and then became the target of sabotage by hitherto unknown perpetrators. In response to Russia’s invasion of Ukraine, to which Gazprom’s game could be a prelude, EU member states urgently adopted the REPowerEU plan to abandon Russian gas by 2027 at the latest. Thanks to these efforts, the EU member states were able to decrease Gazprom’s share in the EU gas market from 40 percent in 2021 to just a few percent in 2022. Data obtained by Reuters suggest that exports outside the countries of the former Soviet Union, and therefore to the European Union, China and Turkey will reach 100.9 billion cubic meters in 2022 a year. This is the lowest level since the fall of the Soviet empire. It is worth stressing that these data lay bare how weak of an alternative the Chinese market is in comparison to Europe, as the export to the Middle Kingdom is to reach 10.39 bcm in 2022, which is just a little over what Poland had used to buy on the basis of the Yamal contract between Gazprom and PGNiG before the Russians turned off the tap with gas. Poland did not sign a second Yamal contract in 2022, although calls arguing for such a solution were still being published a month before the Russian attack on Ukraine. On the contrary, the Poles became the target of Gazprom, which terminated the Yamal contract in April 2022. The company’s excuse was that Poland was unwilling to pay in rubles, a condition absent from the agreement, but imposed later by Putin’s decree. In result, Warsaw had to accelerate its plan to phase out Russian gas, which originally was to be completed at the end of 2022, but it succeeded and carried on as usual. I called this development turbodiversification, as Poland also sped up the opening of new gas connections with Lithuania and Slovakia, as well as increased the capacity of the LNG terminal in Świnoujście. These opportunities, combined with the decline in demand caused by the destruction of demand by the crisis (-17 percent in 2022 according to estimates of the Climate Ministry), allowed Poles to ensure security of supply last year.

Gazprom yields to others

2023 may not be the end of the energy crisis if gas demand continues to fall too slowly despite the recession. Gazprom’s game may continue if the company decides to close the last routes through Ukraine or Turkey. It could do so, for example by issuing a decree in response to the EC imposing a cap on the maximum gas price on the TTF exchange, which it had already done in case of oil. The Russians’ game will also be possible to some extent if some European countries continue to be willing to import Russian gas in exchange for political concessions, as Viktor Orban’s Hungary has done so far. It is worth reminding that according to the International Energy Agency, the estimated gas shortage on Europe’s market in 2023 will reach 30 bcm. These estimates prompted Russia’s Gazprom to publish a controversial clip where Europe is freezing without its gas. This is another PR disaster orchestrated by this company, which is being sacrificed at the altar of the Kremlin’s foreign policy. While the winter of 2022/23 has been so far without problems with gas deliveries, we need to remember that the record-breaking reserves had been accumulated with the participation of supply from Russia, and the IEA’s warning is about a situation where Russians or Europeans completely turn off the tap. It is for this reason that some European countries, taking advantage of the warmer aura in the second half of December 2022, began to pump gas into storage already in December 2022, in order to fill the facilities as much as possible before the 2023/24 heating season. This is a major organisational achievement that will be replicable with an appropriate consumption reduction regime. It is worth considering official restrictions on gas consumption also in Poland, but at this point the government is not eager to do that as elections will be held in the fall of 2023. It is necessary to ensure further diversification of supply sources and maximum contracting from directions other than Russian. This was the case with the Baltic Pipe gas pipeline after months of concerns. In 2023 PGNiG is to use 6.5 bcm out of 10 bcm of its capacity, and in 2024 that figure is to reach 7.7 bcm. LNG contracts will increase deliveries to Poland that will meet the capacity of the LNG terminal in the amount of 6.1 billion cubic meters, and with proper organization of work that figure may increase. This will be enough if the Climate Ministry’s estimates are met and the demand for gas in Poland falls from 19 billion cubic meters in 2021 to about 16 billion cubic meters in 2022, the combined supply from the Baltic Pipe, LNG and domestic production in the amount of 4.5 billion cubic meters should meet the demand in Poland next year. These abilities could be augmented by a new FSRU, which is to arrive in 2026. However, the new board of Gaz-System, Poland’s gas grid operator, may accelerate the project following in the footsteps of Germany, which bypassed some procedures to open its new FSRU within a few months. Poland also needs to expand its gas grid, but that is already taking place. Thanks to the Polish FSRU, it will be possible to import an additional 6-12 billion cubic meters annually depending on the market demand. In the beginning of the year, there may be new opportunities for the development of supplies from outside Russia outside Poland. Since Nord Stream 1 and 2 are out of use, the onshore legs of these pipelines will be opened in 2023 to deliveries from other sources, with gas from Polish and German LNG terminals and the Baltic Pipe from Norway on top of the list. The ICIS has determined that the operator of the East German gas pipelines GASCADE is to release in January 2023 most of the capacity reserved for deliveries from the Nord Stream 1 and 2 pipelines destroyed as a result of sabotage. If there is no will to use the line B of NS2, which is allegedly intact, the capacity may be used to transport gas from outside Russia. It should also be reminded that the EUGAL gas pipeline, which is an offshoot of the pipe from Russia, has a capacity of 54 bcm, the majority of which has been booked for deliveries to Central and Eastern Europe. This means that in 2023 this pipe will be able to transport gas from Germany’s LNG terminal in Brunsbuttel (8 bcm a year), the Wilhelmshaven FSRU (5 bcm a year) and the Lubmin FSRU (4,5 bcm). This will be possible provided that these projects will launch, as at this point only Wilhelmshaven is actually up and running. Ultimately, Germany wants to have five gas terminals with 30 billion cubic meters capacity. In addition, if need be EUGAL will also be able to transfer gas from the Polish LNG terminal is Świnoujcie or the Baltic Pipe. In turn, deliveries from German terminals could reach Poland. However, at this point Poles have contracted all of their capacity, but Germans have not. They only signed a contract with QatarEnergy with Conoco Phillips for 2 bcm a year for 15 years as of 2026, and a deal with Trafigura worth USD 3 billion, borrowed thanks to guarantees of the federal government, but the volume of that contract has not been revealed. Paradoxically, the decrease in the saturation of the CEE market with gas from Russia creates the economic basis for further diversification, provided that there is no return to the old supplier, which is still being proposed by pro-Russian forces that use the energy crisis as an argument. 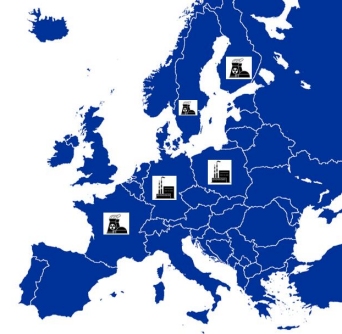 Combined sensitivity in the ENTSO-E report. Graphic by ENTSO-E.

This winter will be hard, and so will be the next one

We need to look at the challenges of the gas market in Europe in a broader context. Gas demand may increase due to factors outside the sector, as mentioned in the report by the gas and electricity operators associated in the European ETSO-E and ENTSO-G. In Winter Outlook 2022 ENTSO-E warns against a scenario titled „Combined Sensitivity”, which says that the demand for gas in Europe may go up and cause shortages if the following events occur at the same time: nuclear generation capacity goes down (happening in France and Sweden at the time of writing this text), there are problems with coal distribution (not happening right now) in Poland and elsewhere, and temperatures drop sharply like in January 2021. According to estimates by ENTSO-G, if the winter is severe, European gas storage facilities will keep 30 percent of the capacity only if consumption in Europe drops by 10-15 percent, which has been advised, but not mandated by the European Commission. The EC is allowed to impose a 15 percent reduction in consumption only if an alert on the gas market is announced, but that may be too late. ENTSO-G warns that in the worst-case scenario, southern Europe will have only 15 percent of its gas storage capacity filled before winter 2023/24, against the EU target of 90 percent. This is another argument for an administrative restriction on consumption, even despite the freezing of energy and gas prices in 2023 introduced in Poland and other EU countries. Another risk factor is the availability of LNG, which may depend on China’s economic health. If demand for gas in the Middle Kingdom accelerates, it will be less available in Europe. The quickly rising transmission capacity is one thing and contracting is another. The Kremlin’s high-profile propaganda spot from late 2022 is threatening the West with the spectre of an even deeper energy crisis in 2023. So far, however, Gazprom’s scheming has not brought the expected results. The Russians have been scaring the West with the spectre of frozen cities, but for now they are the ones that are cooling down their own energy sector to spite the EU. The infamous clip where a family eats a hamster for Christmas still looks more like everyday Russia, outside of the few centers of prosperity, than life in the West during an energy crisis. “We look at the response to the energy shock in Europe, and Europe is moving towards independence from Russia decisively. Yes, there will be a tough winter, maybe the next one would be even tougher, but freedom from dependence no Russia is coming,” Kristalina Georgieva the Managing Director of the IMF said in an end-of-year interview.

A Poland-Belarus gas pipeline? Lukashenko may jeopardize everything again
GAS
Lukashenko’s repressions against the opposition may blow up his own plan to become independent of hydrocarbons from Russia. This is happening […]
More