Will Poland be forced to import coal to the Turów Power Plant? An agreement with Czechia may dispel all the doubts 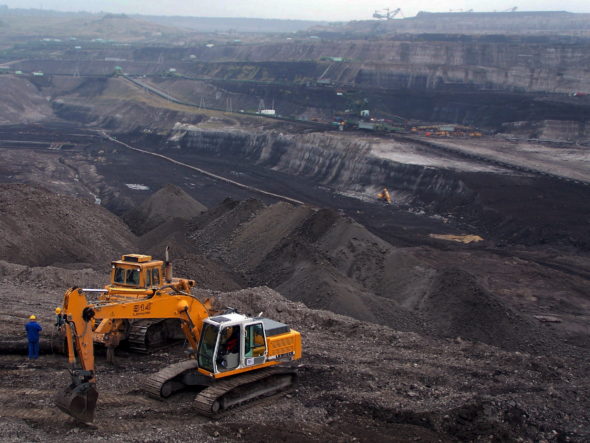 Polska Grupa Energetyczna (PGE) is not planning to shut down the power units at the Turów Power Plant, despite the ruling made by the European Court of Justice (ECJ). Is it probable that the Turów Power Plant will have to import lignite from Czechia and Germany? An initial agreement with the Czech Republic may bring an end to the dispute – Bartłomiej Sawicki, editor at BiznesAlert.pl, writes.

Turów is still working despite the ruling

PGE has confirmed it was not planning to turn off the power units at the Turów plant. We PGE asked about any planned downtime due to maintenance. The company replied that according to the procedures at the PGE Group and requirements of the grid operator, a schedule for maintenance for the next five years has been already drafted. No unit will undergo an overhaul until the end of 2021. However, in the coming years the following renovations will take place:

PGE explained that unplanned overhauls (ongoing and emergency) are predicted on the basis of statistics, depending on the production plans, hours of operation, assessment of the technical state of the power units and other factors that impact their availability in yearly periods.

How much power does the Turów Power Plant generate?

In recent days the media have presented varying data on the energy demand that is covered by the Turów power plant. The company says that in 2019 the Turów Power Plant generated 5 597,5 GWh gross, which constitutes 3.5 percent of total generation in Poland. In 2020 it produced 5 709,4 GWh gross, which amounted to 3.7 percent of the total domestic production. “However, it is worth stressing that in 2019 and 2020, the capacity factor at the Turów Power Plant was at: 42.6 percent and 43.4 percent respectively, which means the plant’s generation capacity is a lot higher,” the company stressed and explained the power plant works at high intensity throughout the year. PGE also clarified that a lower capacity factor in the previous two years resulted from, among others, stoppages of units due to their modernization and adaptation to rigorous environmental requirements included in the so-called BAT conclusions.

PGE also pointed out that the Turów Power Plant plays a key role in the national grid and at peak demand hours provides 5-7 percent of the total power demand, depending on the situation in the National Power System. For instance, on 12 February 2021, when the grid had to cope with a record-breaking demand, the plant provided about five percent of the domestic demand at peak hours (the unit commissioned in May 2021 did not work at that time yet).

It is worth adding that Eryk Kłossowski, the PSE CEO said during the meeting of the Parliamentary Committee on Energy Independence on May 24 this year, that this year the plant produced 4.5 percent of the annual demand for energy. The cost of energy production from this block is believed to be one of the lowest. The average price of electricity from the entire conventional segment was PLN 286.18 per MWh in 2019 and PLN 246.08 per MWh in 2020.

Will Turów need to import lignite?

Another important issue pertains to the possible import of lignite from open pit mines in Germany and the Czech Republic to the Turów Power Plant, which, in theory, could import this resource from the nearby mines if the Polish lignite mine is forced to shut down. However, in general the import of coal is discouraged, because of the structure of this fuel, its flowability and high water content. Last week Wojciech Dąbrowski, the CEO of PGE said that the ECJ’s decision will force Poland to import lignite from Czechia or Germany or buy power, which is also generated from fossil fuels. So is it technically and economically possible to import lignite from Czechia or Germany?

PGE explained that power plants that run on lignite have very local specificity – power units are designed to match the specific parameters of the coal that is located in close proximity, including: calorific value, water, sulphur and ash content, as well as other contents. PGE stressed that technically it is possible to import coal from deposits with similar parameters to the one in Turów, and to use it at the Turów plant, but only if the parameters are close enough. However, the company admitted that logistics would be both a technical and economic issue, while other problems pertained to storage and pollution during transport. “Because lignite is humid (ca. 50 percent), it is most often used “on site” and is transported from the mine to the plants on conveyor belts. We would have to build two railway lines to transport it by rail and an unloading terminal close to the plant. Additionally, at this point the plant’s infrastructure is not adapted to unloading coal this way (e.g. there are no rotary car dumpers),” the company clarified, and added that transporting lignite, whose half of weight is water, would increase generation costs. This would decrease the economy of power generation.

A mysterious statement in the Czech complaint causes concerns

When asked whether PGE received an offer to purchase lignite for the power plant, the company replied that at this point it has not received any such offer from a foreign company. However, it did point to a quote from the Czech complaint to the ECJ: “(…) ceasing lignite extraction activities in the Turów mine does not need to mean the nearby power plant will stop generating power. Deliveries of lignite can be replaced with supply from other lignite mines in Poland or a different country, and if needed reserves can be used”. Despite logistical problems, this quote worries PGE with regard to the mentioned lignite import.

It is worth pointing out that there are two lignite basins in Poland (notwithstanding the different parameters of the coal that is extracted there) – one located 275 km from the plant (ZE PAK mines by the Pątnów Power Plant) and the other 295 km (KWB Bełchatów) from the plant in a straight line, which excludes the possibility of lignite transport for logistical reasons. So, considering the statement in the complaint, if the Turów mine is indeed shut down, the only technically and economically justifiable possibility of delivering coal to the power plant is to get it from the nearby Czech mines (owned by Czech companies CEZ and Sev.en Energy), or from Germany (LEAG – owned by the Czech company EPH and controlled by the Czechs PPF Investments fund). “Maintaining the functioning of the Turów Power Plant if the extraction at the Turów mine is stopped, makes it necessary to purchase coal from one of the Czech companies,” PGE claims.

A deal worth EUR 45 million. Will the Czechs withdraw the complaint?

On the 24th of May, during the first day of the EU Council meeting, Prime Minister Mateusz Morawiecki said that he talked to his Czech counterpart Andrej Babiš. “We will want to show good will to the extent that will make it possible to continue the operation of the mine,” he said in a short statement for the media in the evening. At the same time the parties intensified the dialogue. The governor of the Liberec region Martin Půta, the marshall of the Lower Silesia voivodship Cezary Przybylski, Deputy Minister of the Environment of the Czech Republic Vladislav Smrž and Deputy Minister of State Assets Artur Soboń discussed the possible agreement during a meeting at the Governor’s Office in Liberec. The parties discussed what conditions would have to be met for the Czechs to withdraw the complaint against Poland. The goal of the meeting was to discuss the solutions for the dispute. Importantly the marshall of the Lower Silesian voivodship and minister Soboń confirmed that Poland has initially agreed to the proposed solution.

“Today we called on Poland to comply with the ruling of the Court of Justice. If Poland doesn’t do this, we will ask the court to impose a fine, which will motivate Poland to respect the court’s decision. At the same time, we reiterated the conditions on which we will agree to withdraw the complaint against Poland – those mostly include written financial guarantees with which Poland will minimize and compensate for the impact of extraction in the Czech Republic,” Vladislav Smrž said. Apart from air and noise this mostly pertains to the state of underground waters.

“Today’s joint negotiations are a good signal that the entire situation can be successfully solved. I believe common sense will prevail and we will find an understanding with our Polish neighbors. The lignite extraction at the Turów mine affects the residents of our region. For a few years now the Liberec region has been presenting proposals for solutions and put a lot of effort into this case. Now is the time to implement a solution that will guarantee a governmental agreement,” Martin Půta, the governor of the Liberec region, said. When it comes to the initial agreement there is no talk about the costs. Poland would have to minimize and compensate for the possible damages, especially when it comes to the level of ground waters affected by the long-term exploitation of the deposit in Turów. The talks today pertained to the way these arrangements could be included in the intergovernmental agreement.

Does this mean the dispute over the Turów mine is coming to an end? It looks this way. The breakthrough took place during the Polish-Czech talks in Brussels. At night between the 24th and 25th May, Prime Minister Morawiecki announced on social media that he had met with Andrej Babiš, the Prime Minister of Czechia. “Earlier I was in Lower Silesia and we agreed how to negotiate with the Czechs. I confirmed with the Czech Prime Minister the direction of these talks. Considering, the tightening of the cross-border cooperation with Czechia, it seems we are close to reaching an agreement. In result of this deal, Czechia agreed to withdraw its complaint from the ECJ,” Morawiecki stated. He also pointed out that the agreement with Czechia includes multi-year projects with the participation of Poland, which will cost up to EUR 45 million and will be co-financed by Poland from its budget, local budgets and by PGE.

The parties agreed to launch an expert committee that will monitor environmental issues related to the open-cast mine. PGE will finish the anti-filtration screen, which will at least to a degree stop the loss of water. The company will build dykes that will prevent particles from going to the Czech side. “In the coming days the Czechs will consider these agreements. I am hopeful,” Morawiecki ensured. “If the plan is implemented, we will be able to close this case, and the Turów mine and power plant will work without interruptions. We want to solve this dispute in an amicable way,” Morawiecki assured.

Further details will be known when the Polish-Czech working group reveals them.

Buzek: A new fund will make a just energy transition possible (INTERVIEW)
Coal Energy
How European funds are changing Silesia and other regions that are still dependent on coal? BiznesAlert.pl asked about it one of the creators of the […]
More