Will Poland join the construction of an energy island on the Baltic Sea and save on offshore farms? 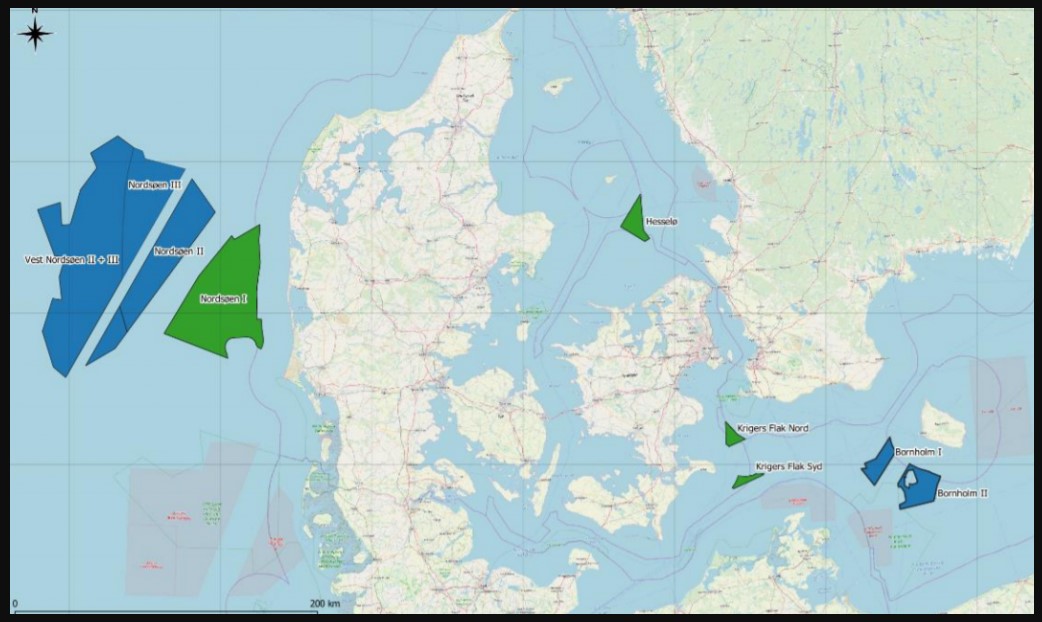 At the end of May Denmark’s Energy Ministry announced it would build an artificial island around the isle of Bornholm in the Baltic Sea. Offshore wind farms able to produce 10 GW will be built in the location as well. A cluster around the island connected to a power supply line and offshore wind farms in the Baltic may lower the total costs of construction and make offshore a stable source of energy from renewable sources – writes Bartłomiej Sawicki, editor at BiznesAlert.pl.

Ørsted proposed to establish an energy hub near the Danish island of Bornholm surrounded by wind farms. Thanks to inter-system links, energy that is produced there could be transmitted to, among others, Poland. The 1 GW offshore wind farm on Rønne Banke (Bornholm’s coast – ed.) will go through another stage of construction tender at the same time the construction of a new inter-system connection between Denmark and Poland. This is how the so-called energy island around Bornholm will be created and then connected to neighboring countries, including Poland.

An analysis of the direction of development of cross-border links before 2030, published by Polskie Sieci Elektroenergetyczne (PSE)details the potential benefits of constructing a link between Denmark and Poland. The countries could be connected with an HVDC cable Avedøre-Dunowo. The deadline and parameters of the connection will depend on the results of technical and economic analyses. According to PSE this may happen after 2030. It is estimated that an asynchronous cross-border exchange in this case may reach 600 MW in both directions. In the future it could be used to optimize costs of investments in offshore wind farms and to ensure access to new capacity on both sides of the border. It may also be part of the energy island near Bornholm.

Ørsted is waiting for the Danish government to adopt the Ministry of Energy’s plans. “Creating a renewable energy hub around Bornholm constitutes yet another step in transitioning to renewable energy sources and will offer many opportunities to offshore wind power, including to Polish developers and suppliers who will have a chance to expand their activities in the offshore wind energy business,” said Rasmus Errboe, Senior Vice President of the company responsible for continental Europe in a statement for BiznesAlert.pl. “So far offshore wind farms benefited only the country on whose waters they were constructed, but since the transition to renewable energy is necessary, we should come up with new ideas for constructing offshore wind farms at an even larger scale and an even more efficient way to distribute green energy. Energy islands may be connected to two or more countries to supply more than one state with green energy. Bornholm’s location is ideal as it lies between the Polish coast and Copenhagen, which is the biggest power consumer in Denmark,” Errboe explained.

The future of energy islands depends on the situation on the market and the decisions of governments. “When it comes to the technical issues, we need to verify the HVDC transmission technology, which will be the foundation of an efficient energy transmission for long distances,” he added. So far PSE signed agreements to connect to a transmission network of offshore wind farms for a total capacity of 2,246 MW and issued conditions for connecting other projects with a capacity of about 5,700 MW. At the beginning of June the last out of the three offshore wind farms of the PGE Group – PGE Baltica 1 with a capacity of 896 MW – received conditions for connecting to the transmission network. It will be launched after 2030 in contrast to the two remaining PGE projects.
Energy islands will save money

The cost of constructing offshore wind farms in Poland may be around PLN 12-14 billion per 1 GW, including the costs of connections. By 2030 Poland may have about 4.6 GW of capacity from offshore wind farms established thanks to the efforts of Polish companies in line with Poland’s Energy Policy until 2040 (so-called energy strategy). PGE wants to construct find farms able to produce 2.5 GW by 2030 as part of the projects PGE Baltica II and PGE Baltica III. Whereas PKN Orlen is developing a 1.2 GW project and Polenergia and Norway’s Equinor want to construct two projects with a total capacity of 1.4 GW before that deadline.

Investments may reach an astounding PLN 50-70 billion even before 2030. Acquiring support from the European Green Deal and the European Investment Bank may significantly help to develop these projects. Still, costs need to be optimized. According to Ørsted, energy islands have a large potential to reduce costs when it comes to transmitting energy from the wind farms and when it comes to internal links, which is the basic premise behind the whole idea. “Additionally, when two or more countries are connected to the wind farm, it offers the farm access to more than one market, which decreases the developer’s risk. Moreover, a large scale investment, such as a 2GW offshore wind farm near Bornholm will lower power costs,” Errboe explained.

For a few years now PSE has been developing its transmission network in the north of the country. This will make it possible to, among others, connect and introduce the capacity generated by offshore wind farms that have connection agreements. The biggest investments in this regard are 400 kV lines Słupsk Wierzbięcino – Żydowo Kierzkowo – Gdańsk Przyjaźń, Grudziądz – Pelplin – Gdańsk Przyjaźń, Pątnów – Jasiniec – Grudziądz oraz Plewiska – Piła Krzewina – Żydowo Kierzkowo – Dunowo. The above investments are to be completed before the first offshore wind turbines are operational. Connecting new wind farms requires further development of the transmission network in the northern and central part of the country. PSE has already planned the construction of new stations to which offshore wind farms will be connected and the development of new 400 kV lines that will transmit power from the stations. “The schedule for implementing these projects will be adapted to the schedules for constructing new offshore power plants,” the company said in a reply to our questions.

A Polish and Danish power cable

The plan for constructing a new power link between Poland and Denmark has been in discussions for many years, among others, as part of a 10-year plan to develop a transmission system drafted cyclically by the European association of transmission system operators ENTSO-E. In the latest edition of this document from 2018, that project was described as promising, but after 2030 when the first wind farms on the Polish coast will be ready and the energy island on Bornholm will be operating.

PSE points to different aspects than Denmark’s Ørsted. On the one hand, the new link could contribute to improving the integration of renewable energy sources with the interconnected European power systems; and on the other, offer new trade opportunities by diversifying the directions of cross-network exchange. “Energy security is also an important fact and so is the potential to use the link not only for market, but also operational purposes. However, the investment decision needs to stem from a conviction that all the benefits outweigh the expenditure and costs of the construction of the link and of the expansion of the National Power System, which in these cases would be significant,” PSE stressed.
A project called Baltic Intergrid, which is pursued by the Foundation for Sustainable Energy is also worth considering. The Foundation investigated the feasibility of a link between Poland and Sweden with the possibility to connect Lithuania and offshore wind farms as well.

It analyzed whether the wind farms built in Sweden, Poland and Lithuania could be connected. It also asked whether this idea was technically possible and economically viable. An interconnector integrated with offshore wind farms can count on EU support from the Connecting Europe Facility. The benefits of such a link include cost reduction and market integration – i.e. of import and export of energy. If the offshore wind farms are integrated the number of necessary cables will decrease three fold. An underwater cable to Sweden and Denmark may be considered.
However, the decision to construct the link has not been made yet. The future of this investment depends on many factors, including the economic and market situation and the possible integration with the offshore wind farms that will be built in the Baltic Sea. However, the construction of this link may depend on conditions similar to those which eventually led to the construction of the Baltic Pipe gas pipeline. It will depend on the credibility of partners and on the ability to convince the stakeholders that the investment is worth the money. A cable between Poland and Denmark may in the end only be used to import cheap renewable energy from Scandinavia and the idea to optimize the construction and operation of Poland’s wind farms may be discarded.

The EU recovery plan may be an opportunity for turbine blades recycling
Energy Renewables
According to estimates, about 14,000 turbine blades in Europe will be decommissioned by 2023. Neglecting the utilization of the used parts may be […]
More

RES on the Baltic can produce three times of Poland’s energy demand (INTERVIEW)
Energy Renewables
Nine years ago, having 85 percent of „black” energy and 15 green, we decided to switch it the other way aroundWe are now at the point where […]
More