Will the EU deal a blow to Russia with a new carbon measure? 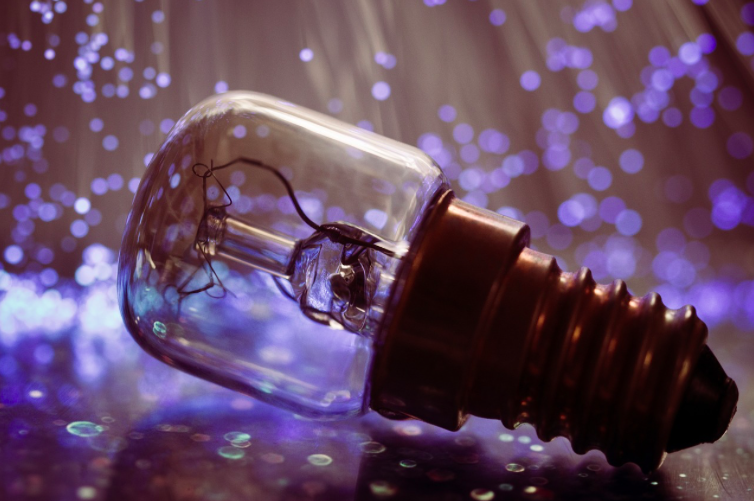 The Carbon Border Adjustment Mechanism (CBAM) is a new tax on carbon footprint. It is one of the mechanisms that the European Union wants to use to achieve climate neutrality by 2050. Potentially the CBAM is also the proverbial “big stick” that can be used on companies that want to escape the EU to avoid climate neutrality. It may also impact states that do not want to go through the green transition, but still profit from exporting to the EU goods whose production causes large GHG emissions into the atmosphere – Mariusz Marszałkowski, editor at BiznesAlert.pl, writes.

Swinging a big stick at Russia

The EU’s decision to achieve climate neutrality may push some high-emission manufacturers to move their production from the Union to states where the legal and organizational regulations on emissions are either less strict or non-existent.

Russia may be one of the “victims” of the big EU stick, as it has a peculiar approach to energy transition and climate protection. On the one hand, to a limited degree it supports the development of renewabels, but on the other, it is yet to unveil a legal tool, similar to the carbon tax, or the CO2 emissions trading system, that would force companies to reduce emissions. Together with Turkey, Russia is the only state that hos not introduced this type of mechanism yet.

The decisions on the final design of the CBAM are yet to be made. There are few propositions. The first one is a special tax that would be imposed on the import of goods from states that generate high amounts of emissions. The tax rate would depend on the impact the manufacturing of a given product has on the atmosphere, and on the general level of emissions generated in the state where the production took place. It has not been decided whether the amount of emissions will be compared to the average emissions level in the EU, or whether it will be related to the total, direct emissions during production, or the total emissions generated by the country in question.

The second option is to include foreign exporters in the EU emissions trading system. This means, they would have to follow in the footsteps of EU manufacturers and purchase a required amount of CO2 allowances, which would force them to become more energy efficient.

The third solution is to introduce a tax similar to the VAT, which would be imposed on all businesses that emit CO2 above the norm during the manufacturing of goods or the provision of services. This levy would be imposed on the basis of the origin of the product or service. It has not been yet decided which industries will be charged with the new tax. Metallurgy, chemistry and hydrocarbons are most probably on the list.

The costs of CBAM

All of those proposals pose a serious challenge for Russia as it heavily depends on the export of goods to EU states. According to the Federal Customs Office (FCS), about 42 percent of Russia’s export goes to the EU. The nature of the goods is another issue that needs to be contended with. Most of the export is constituted by products that generate high emissions in and of themselves (gas, oil, coal), or by goods where the majority of emissions is produced during their manufacturing (metallurgy, steel industry, machines, chemicals). FCS’s data for 2019 show that the total participation of those products in Russia’s export to the EU was 73.8 percent.

In 2020 Russia’s Ministry of the Economy prepared a long-term economic strategy, which includes the regulations stipulated in the Paris agreement from 2016. It includes two scenarios – a basic and a comprehensive one. According to the basic script, Russia’s plan is to reduce CO2 emissions by 9 percent by 2030 in comparison to 2020 and by 48 percent by 2050. The strategy also provides for creating a legal framework and methodological basis for the technological transition of the economy, introducing national regulations on GHG emissions, and developing a system for monitoring the climate. These goals are not ambitious, especially considering the fact that contrary to the EU, Russia is not planning to achieve climate neutrality.

In 2019 Russia was the 4th biggest CO2 producer in the world with a 4 percent participation in the overall emission levels. China, the U.S. and India ranked higher than Russia, but their economies are a lot more powerful than Russia’s. In 2019 the entire Russian economy generated 1.69 billion tons of carbon dioxide.

According to an OECD report on CO2 emissions in international trade, Russian export (both goods and services, e.g. flights) to the EU generates 150-200 m tons of emissions. However, the emissions trading mechanism will not encompass that entire volume.

Estimates prepared by the Boston Consulting Group (BCG) suggest that between 100 and 160 tons of emissions will fall under that category (transport, among others, will be excluded). When calculating the potential losses for the Russian economy incurred due the introduction of the CBAM, the analysts assumed the EU ETS price from one ton of CO2 would be EUR 30 (It is worth pointing out that this assumption is already outdated, because the emission prices continue to rise. As at 9 of February 2021 an allowance for emitting one ton of CO2 costs over EUR 37), and that the fee itself encompasses the all emissions caused by the exported goods that are subject to the EU mechanism. According to those calculations, the costs Russian companies will have to incur are somewhere between EUR 3 and 4.8 billion a year. So, from the moment the CBAM is introduced, which according to plan is to happen in 2022, the Russian economy may lose over EUR 50 billion by 2030.

The BCG data shows that the CBAM cost will be spread across the following sectors:

Other impacted industries include chemicals, fertilizers, the pulp and paper industry, cement and glass.

Imposing the new tax on the mining industry may increase the cost of extracting oil and gas. According to analysts, the emission of gases to the atmosphere during the extraction of Russian oil is 10 g per barrel, while in Saudi Arabia that figure sits at 5 g/barrel. The new tax will increase oil price per barrel by around one dollar in case of Arab Light and Arab Heavy, and by 2 dollars in case of Russia’s Urals blend.

In result, this may lead to increased price competition between Saudi Arabia and Russia on the European oil market.

A scenario optimistic for Russia – the EU introduces the CBAM only in 2028. In this case, the tax would only be imposed on the emissions that exceed the EU benchmark. Thus, within three years, Russian companies would have to pay EUR 3 bn.

A realistic scenario – the EU introduces the CBAM in 2025 and the tax encompasses GHG emissions directly caused by the production of the exported goods. Within five years, by 2030, Russia needs to shell out EUR 33.3 bn.

A negative scenario – the EU introduces the CBAM in 2022 and it encompasses emissions caused by production, as well as accompanying emissions, e.g. related to the transport of goods to to their destination. This solution would cost Russian businesses EUR 50.6 bn by 2030.

Russia’s answer to the EU plans has been vague. On the one hand, the Russian administration treats the new tax as a display of unfair competition that goes against WTO rules. In Russia’s (but not only) opinion this constitutes an unjustified attempt at limiting trade and unfair treatment of economic partners. Therefore, the Russian government wants to support the industries impacted by the CBAM by granting aid, including domestic tax exemptions.

On the other hand, due to the EU determination to conduct the economic transition, there are those who call on introducing a Russian counterpart of the carbon tax, which would be imposed on the biggest producers of CO2. The authors of this idea explain that it would pave the way for excluding those companies from EU mechanisms, and keep the money in Russia, instead of transferring it abroad. However, the carbon tax is opposed by Russian analysts, including the deputy of the Institute of Economic Forecasting of the Russian Academy of Sciences Alxander Shirov, who believes that such a mechanism would be detrimental to Russia’s entire economy. According to his calculations, Russian businesses would have to pay EUR 3.4 bn a year if CBAM is introduced (assumed emission level – 141 m tons of CO2). Moreover, the problem is that a national carbon tax would be imposed not only on export production, but on all of the emissions, including those generated during the manufacturing of goods for the domestic market (assumed emission level – 621 m tons of CO2). According to the scholar’s calculations, such a tax would amount to over RUB 1 bn (ca. USD 12 bn). However, it is difficult to gauge whether his estimate is correct. According to Anatoly Chubais, the founder of Rusnano, who came up with the idea of a Russian carbon tax, the levy should be ‘symbolic’. Either way, adjusting the EU ETS prices to the reality in Russia is misleading.

The CBAM, whatever its final design will be, will have a significant impact on Russian economy. Whether Russia likes it or not, it will have to introduce measures to counter the economic costs. Without a doubt, the interested parties, including representatives of Russian companies and government, are now actively lobbying in Brussels.

What are they trying to achieve? They may be fighting for exempting some industries from paying the tax. It is not difficult to imagine what drives, e.g. Gazprom, which may want to argue that it needs to be exempt, because it had been decided that natural gas is a transition fuel on the EU way to climate neutrality. The lobbyists may also fight for postponing the tax, or lowering its rate for Russian businesses. There is a lot to win and undoubtedly Russians have the necessary tools.

However, if the EU sticks to its integrity on the issue and proves it does want to meet the climate neutrality target, Russians will have to prepare for a serious blow. Apart from perceiving the green transition only as an economic issue, they will have to transform their economy and phase out their reliance on fossil fuels. Is this good for Poland? It’s hard to tell. Considering Russia’s concern for the environment, this is definitely good news for the climate and nature.

Sobolewski: Climate change is a norm on Earth, not an exception
Climate Policy Environment
Europe is fighting climate change. But is the Old Continent surely prepared for losing in this fight? – asks Dr Józef Sobolewski. Related […]
More