Wiśniewski: We will do ourselves a disservice if we develop prosumer programs without investing in the grid 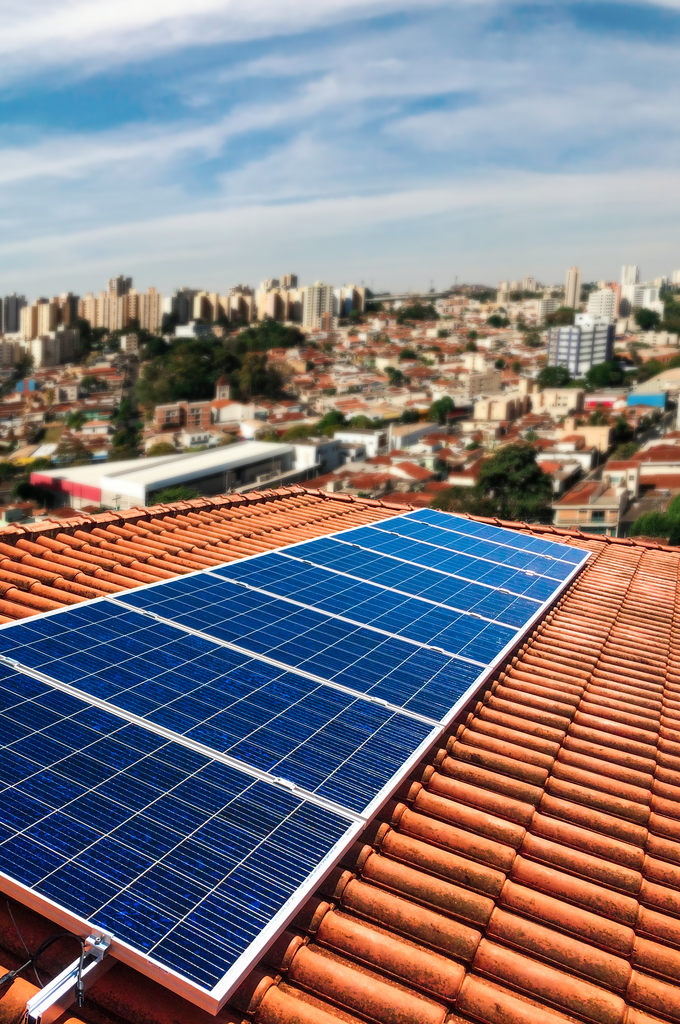 I believe that if we continued the previous prosumer model, which is our flagship RES project, without other network investments and a wider diversification of sources, we would do ourselves a disservice – said Grzegorz Wiśniewski, Director of the Institute for Renewable Energy (IEO), in an interview with BiznesAlert.pl.

Are there too many or too few prosumers?

According to Grzegorz Wiśniewski, currently two kinds of actions must be taken – an ad-hoc one, aimed at surviving the pre-election winter and securing fossil fuels, and an accelerated one where new RES investments, which are still lacking in Poland, must be pursued. “It has already been discovered, e.g. when planning to meet Poland’s RES commitment to the European Union for 2020, that the investment process is the fastest in the case of photovoltaics, in particular prosumer photovoltaics, as it takes less thank half a year between the initial idea and its implementation. Investments in PV farms are also fast, because such a farm can be built within two years. In the case of other energy sources, excluding nuclear power, investment procedures are much longer-they last at least four to six years,” he said.

“In the REPowerEU program, the European Commission has given a very thoughtful answer to the question on how to survive the coming years. In March, the Versailles declaration was announced, in which all governments agreed that action must be multidirectional. The stakeholders assumed that by 2030, 500 GW of capacity in wind and solar farms will be added, as well as about 15 GW in capacity in prosumer installations, since this goal can be achieved within two years. It has been made clear that investment procedures need to be simplified as much as possible and networks adapted accordingly. This is logical and difficult to argue with. It has been calculated that additional investments in renewable energy sources will reduce gas imports from Russia by 20 billion cubic meters,” our interlocutor explained.

Wiśniewski added that in view of the compelling logic of the proposed measures, it would be easy to think that there are not enough prosumers in Poland. “However, I believe that if we continued to operate in the previous prosumer model, which is our flagship RES project, without other network investments and a wider diversification of sources, we would do ourselves a disservice. This would be reckless, because we gave support to the prosumers hoping for a quick result in a narrow area, but without a long-term plan and without reckoning with the consequences. In 2016, one of the world’s strangest support systems for prosumers was introduced, in which they received free and long-term storage in the grid of the energy they produced on a continuous basis in PV installations. This leads to the artificial creation of energy demand at the peak of winter, covered by the dwindling capacity reserves of the exploited coal-fired power plants. This does not encourage savings, but inspires the search for additional energy receivers,” he assessed.

“Previously, it was thought that 10-15 kW heat pumps were a good power receiver from a 5 kV PV installation, which could provide cooling and in the winter be used for heating thanks to coal-fired plants, but this idea didn’t add up. In 2019 the government started to freeze energy prices for households. At the time, the Minister of Development and Technology, Jadwiga Emilewicz, realized that the prosumer market would not develop in the net metering system, but the Minister of Energy blocked changes to the billing rules. Minister Emilewicz decided to make prosumer investments more attractive with other instruments. The main additional support were PLN 5,000 grants under the program “Mój Prąd”, and a PIT relief. Everything started to come together and as part of the “Mój Prąd” program about PLN 8 billion was spent. A prosumer installation cost PLN 25,000 minus the PLN 5,000 grant, while the energy receiver – the heat pump – cost about PLN 50,000,” he continued.

The IEO Director noted that heat-water pumps were the most convenient, but also pointed out they consumed a lot of power during the winter. “Throughout the year, they have a high ratio of efficiency – about 3, that is, the thermal power of the order of 12 kW can be provided by 4 kW of eclectic power. But when winter comes and the temperature outside falls below 10 degrees, the efficiency factor falls below 2, and during frosts around minus 20 degrees, it drops below 1.5, and therefore, in principle, the pump becomes an electric heater. Taking into account the low efficiency of coal-fired power plants operating at the peak and the losses on energy transfers, in these conditions the heat pump uses coal with an efficiency of about 40 percent, while the efficiency of an ordinary household stove is 80 percent. In adverse conditions, where it works without heat storage in a house that is not insulated, it turns into an expensive and inefficient source. If the next winter is severe and we have 0.5 million heat pumps connected to the grid, then at the peak they will start to take 2-3 GW of power, or 10 percent of the national power demand. In such a situation, prosumer energy does not have much to do with ecology, because in the summer peaks PV lowers prices, which is very good, but at the same time coal-fired power plants still work, and their efficiency falls below 30 percent. In turn, in the winter, there is a problem with cooling due to the fact that the cooling water freezes, and PV generation plummets, so the power demand goes up. In this situation, the oldest coal-fired plants are put online, which means high CO2 emissions, high energy prices and the threat of a blackout,” Wiśniewski explained.

“In the previous system, prosumers would also be disconnected from the network. In the summer, if there are more than three to five PV installations around a node, the network becomes overloaded at peak production and automatic disconnection of the installations begins. Therefore, if we maintained the current system and there were no new investments in the network, the prosumer installations would be getting disconnected from the network more frequently. Poland is the third country in the world in terms of the number of prosumers, their number has exceeded one million, but our grid is weak. We do not invest in smart grid, meters and heat storage. The EU directive on renewables says that member states should support prosumers, and this support should be maintained until prosumer installations do not exceed 8 percent of installed capacity. Poland has exceeded this threshold. If we maintained this course, we would deepen the problems of existing and new prosumers and other energy consumers both in the summer and in the winter. So it was a good thing that the Ministry of Climate and Environment introduced the initially highly unpopular, but reasonable rules that will allow the PV industry and all of us to avoid the risk, and maybe even a disaster,” said our interlocutor.

Grzegorz Wiśniewski recalled that the new rules by introducing net billing, open up business models for heat storage, which are subsidized with PLN 5,000 and energy management systems. “This is very good for the prosumer, because instead of passively waiting for the shutdown of their installation during peak generation, when the price of energy is the lowest, they can cheaply generate heat and store it, and use it in the evening or in the morning, when the energy from the grid is the most expensive. At a time of the energy crisis, fuel and energy market volatility and Russian gas blackmail, we need several energy sources in our homes and a local balancing of electricity and heat output as a function of current electricity prices. The price of energy will become a signal informing energy consumers and prosumers about the excess or shortage of power in the energy system. The PV installation businesses are able to quickly switch to the new prosumer billing system and heat storages, integrating 2-3 different heat sources, including prosumer heat pumps, but powered with the cheapest energy. In old buildings, this should only be a supplement to the energy balance and only in the so-called transition periods – early fall and early spring. Without changes in the system, the development of the entire industry would be stopped for a long time, while the prosumers disconnected from the grid and home owners who use electricity to heat their houses but don’t have power banks would become disinterested in the topic,” he summed up.

Nowak: Polish energy transition is in chaos (INTERVIEW)
Energy Environment GAS Nuclear Renewables
Poland is split between ministries, it doesn’t have a host that would supervise the energy transition process. Because of this the transition […]
More

Intermittent, Diffuse; Costly: Why Wind Solar Can Never Power This Planet
Energy Renewables
The key to wealth and prosperity is reliable and affordable energy. Which is why the ‘unreliables’, wind and solar threaten both wealth and […]
More