Woźniak: Gazprom is lying and Moldova is learning from the past 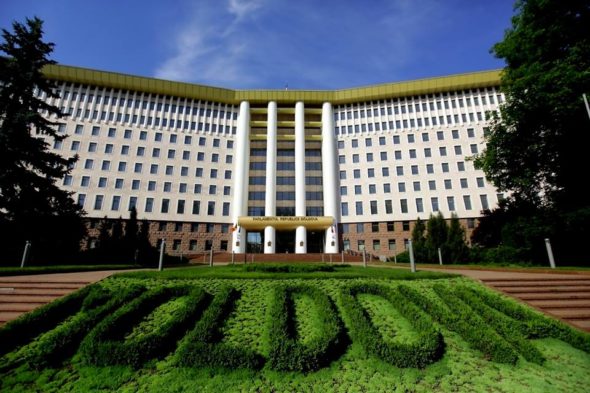 – Gazprom, claiming that gas for Moldova was “illegally taken” by Ukraine, cynically lies. Moldova is constantly accumulating gas stocks, learning from the mistakes of previous years, writes Maciej Woźniak, EU Senior Expert to Public Property Agency of the Government of the Republic of Moldova and to Moldovan state controlled energy company ENERGOCOM JSC, former Vice-President of PGNiG (Polish Oil and Gas Company) for Trade in 2016-2020.

On 23rd of November from around 1:30 p.m. Warsaw time, most of Republic of Moldova, including the capital Chisinau and the separatist Transnistria Region, was without electricity for two hours. The only power line that currently supplies Moldova, running from Romania and crossing the Ukrainian border on the way, was automatically shut down as a result of overloading the network due to the bombing of energy infrastructure in the Region of Odessa. This was the second such blackout in Moldova in last 8 days. Thanks to the efforts of the Romanian and Moldovan transmission system operators, the network operation was resumed. During the blackout, there were serious problems with the water supply and the operation of landline telephones in Moldova.

Moldova has been relying entirely on electricity supplies from Romania for several weeks now. Over the past decades, energy for Moldova was produced in a Russian owned gas power plant located in Transnistria Region (eastern Dniester river bank of Republic of Moldova) and partially imported from Ukraine. After the first massive Russian bombing of energy infrastructure in Ukraine in the first decade of October, Moldova stopped receiving energy from Ukraine. Then, after Gazprom’s decisions to decrease gas supplies to Moldova in November, the MG-RES power plant located in Transnistria Region and owned by Russia’s Inter RAO, stopped selling electricity to western Dniester river bank of Republic of Moldova. As a result, Romania is currently the only electricity supplier to western-bank Moldova.

Yesterday’s reports from Gazprom about the alleged illegal collection by Ukraine of gas which is sent in transit from Russia through Ukraine to Moldova, are a cynical lie. The volumes of gas sent from Russia reach Republic of Moldova in full. Due to the introduced savings in gas consumption in Moldova and good weather conditions, part of the incoming gas from Russia was sold by Moldovagaz JSC to – among others, ENERGOCOM JSC – a new player on the gas market in Moldova, 100 percent controlled by the government of Republic of Moldovan. It should be also noticed that Moldovagaz JSC, which is the sole and exclusive recipient in Moldova of Russian gas from Gazprom, is a company controlled directly and indirectly in 65 percent by… Gazprom.

ENERGOCOM JSC sent the purchased gas to underground gas storage facilities in Romania and Ukraine (Moldova does not have its own underground gas storage facilities). The purchase of gas by ENERGOCOM JSC from Moldovagaz JSC took place using the newly implemented virtual reverse flow service provided by Moldovan and Ukrainian gas transmission system operators. Thus, Gazprom claiming that gas for Moldova was “illegally taken” by Ukraine, is deliberately lying. Gazprom has simply never accepted the EU rules of the gas market and ignored modern tools of cross-border trade like a virtual reverse flow, trying at all costs to maintain control and isolation between the markets to which it supplied gas. It was the same in Ukraine in 2017-2018, when Gazprom reduced supplies as part of retaliation, considering Ukraine’s purchases of gas from Poland, Hungary and Slovakia using the virtual reverse flow service, as a theft.

Moldova has been accumulating gas stocks since June 2022, learning from the mistakes of previous years. With an annual consumption of 1 billion cubic meters (western-bank Moldova excluding the Transnistrian Region), the gas reserves already amounting to over 200 million cubic meters will cover almost 20% of the annual demand, or ca. six weeks of demand in the coldest period December-February.

Majority of those stocks of gas were purchased at tenders from European energy trading companies and financed from EUR300 million loan of the EBRD. The stocks are purchased and stored by the state-owned company ENERGOCOM JSC, in which I have a pleasure to advise since May 2022, at the invitation of the Moldovan government.

In addition, ENERGOCOM JSC undertook intensive development and expansion activities in the last four months. Currently, ENERGOCOM JSC has a branch in Romania, is a member of two energy exchange platforms in Romania (BRM and OPCOM), uses gas storage facilities in Ukraine, and has been registered as an user of gas networks in Ukraine, Romania, Bulgaria and Greece including the Trans Adriatic Pipeline (TAP) as well as Inter Connector Greece Bulgaria (ICGB) opened on 1 October this year. This will give to Moldovan ENERGOCOM JSC an opportunity to bring gas supplies from the Mediterranean region, including LNG supplied to Greece or Turkey.

Working with Moldovans is a source of my great personal and professional satisfaction. I am happy to participate and advise on the fundamental energy market changes that are taking place in this small but ambitious country. President Maia Sandu and the government of Prime Minister Natalia Gavrilita have been for more than a year and with a great determination reforming the economy and preparing the country for accession to the European Union. Moldovans are passionately reversing the direction in which Moldova has been going for the last 30 years.

And this is even despite the social protests induced from Russia, which are based on the energy crisis that has spread all over Europe, and which undoubtedly has a severe impact on family budgets in this poorest country in Europe. As a result of Russia’s attack on Ukraine, the cost of gas and electricity will account for more than 60% of the household budgets of many Moldovans this year. Moldova receives a lot of help from Europe and the USA, but in the face of the ongoing war in the neighbouring country, further help – including financial help to compensate high gas and electricity bills – is still extremely needed.

In Moldova, history is happening before our eyes. Please, keep your fingers crossed for this beautiful and peaceful country!

Bielawski: The first practical project in the hydrogen energy sector of Ukraine (ANALYSIS)
Energy GAS Renewables
The uniqueness of the Ukraine’s RGC Hydrogen Project is that the experiments started with almost pure hydrogen – 99% – and are moving on, […]
More