Zachmann: If we prepare properly, Putin will not stop gas supplies (INTERVIEW) 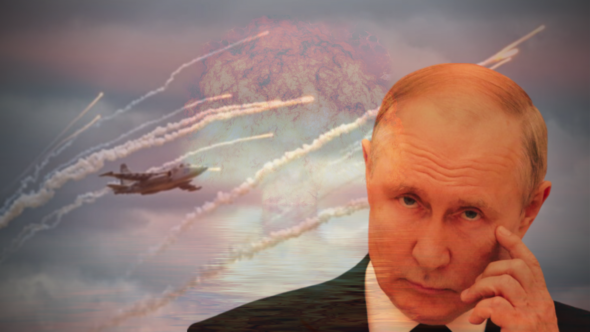 – The better we prepare, the less problems we will have. I think that if we are properly prepared, Putin will not stop gas supplies – says Georg Zachmann from the Bruegel in an interview with BiznesAlert.pl.

BiznesAlert.pl: What is data saying about an energy crunch in Europe?

Georg Zachmann: We don’t have problem only in Europe, we have global problem. Consumption of oil increased around ten precent after coronavirus. Oil production increased for only six precent and it drives high prices. The same for LNG where essentially demand picked up quite a bit especially because Russia stopped their deliveries and Europe has to rely on global LNG market. On top of that we have local issues of electricity sector in Europe, with a draught and correspondingly low hydro power production. Nuclear generation in France is also very low. There is no more supply to make resources more available. The only solution is demand reduction.

Is it the only real solution?

If we reduce consumption to lower prices, it will help European consumers and also countries outside of Europe. Inside Europe we have the situation that poorer countries can not afford energy anymore because it is bought by the richest countries whose subsidies drive up the prices. Giving subsidies to richer consumers who are buying up the energy from the poorer consumers. That is not going to be solved by providing subsidies. Subsidies mean more money in the system but is not providing more energy.

How to prepare then?

We should have started to prepare for that 10 years ago. At the beginning of the war in Ukraine it was clear that energy is a political tool that Russia will use. It is extremely important that European Countries like Germany, Italy, Austria are not susceptible to Russian energy blackmail. However, dependency of those countries on Russian energy is still very high. Germany ministry of energy is doing what they should do to decrease gas demand but on the other hand there are some politicians that have learned their political lesson from corona crisis and they avoid asking the population to change their behavior in line with the severe situation.

What would happen if Russia cuts gas supplies totally?

If Russia cuts the supplies, there will be limitations. The questions is what size of limitations it will be, whether it will be turning down the thermostats or will we have to deal with rolling blackouts in Germany and shut down the industry. There are limitations that would allow Germany make it through the next winter. The more we prepare, the smaller those problems will be. I think that If we are properly prepared, Putin will not even cut the gas supplies.

What about nuclear energy?

Nuclear generation is not small, it is about 4 GW of power. On the other hand, the political narration is that it is easier to close down some industries instead of reopening the nuclear debate. It will be ultimately political decision to be taken.

Are Poland and Germany, and to wider extent whole EU, destined to cooperate in times of energy crunch?

We are in this together. There are lots of countries which would benefit a lot if Poland will stand for our common principle of solidarity of supplies. Numbers show that Poland will manage through the winter but the government in Warsaw better hope that the Baltic Pipe is ready in time and the LNG ships keep coming as they came in the past months. The demand reduction was greater in Poland than in other countries. Poland prepared itself very well. If Poland helps EU members, especially reexporting to the neighbours, it will be very helpful from the perspective of European unity in crisis.

What about the idea of natural gas embargo that was proposed at the beginning of Russian invasion on Ukraine?

The problem we need to solve is that we pay more and more money for getting less gas. Russians sends gas to us because it keeps us dependent and it gives them superiority. We should not be afraid of pushing back against such high prices of natural gas from Russia. European Union should not cut off from Russia forever. We have the infrastructure so Europe should develop strong institutions that allows us to safely buy energy resources from Russia. Such a single buyer might manage our dependency and avoid EU member states to become divided about Russian gas upplies again in the future.

In past such interdependence idea has failed.

We used to believe that Europa Union deal with Russia like business partner, but we need to understand it is a political thing. That is why political control over prices and amounts is necessary.

Is there any hope in the face of even deeper energy crunch in Europe? What about the energy transition?

I hope it will be ok in the end. The cost of renewables and energy efficiency seem to come down to the commercial level. If we stopped dealing with Russia and energy keeps being expensive in Europe, such circumstances will bring energy transition forward. The development of LNG ports and hydrogen as a solution does not convince me in terms of costs. We need to reduce the energy consumption in Europe and increase use of renewables. That will make us truly independent from Russia.

A propaganda balloon about LNG from the US will break soon
GAS LNG
Echo of Andrzej Duda’s visit to the United States, talks with Donald Trump and another contract for LNG deliveries are also heard in Moscow […]
More