Zaręba: Polish nuclear is waiting for the environmental decision (INTERVIEW) 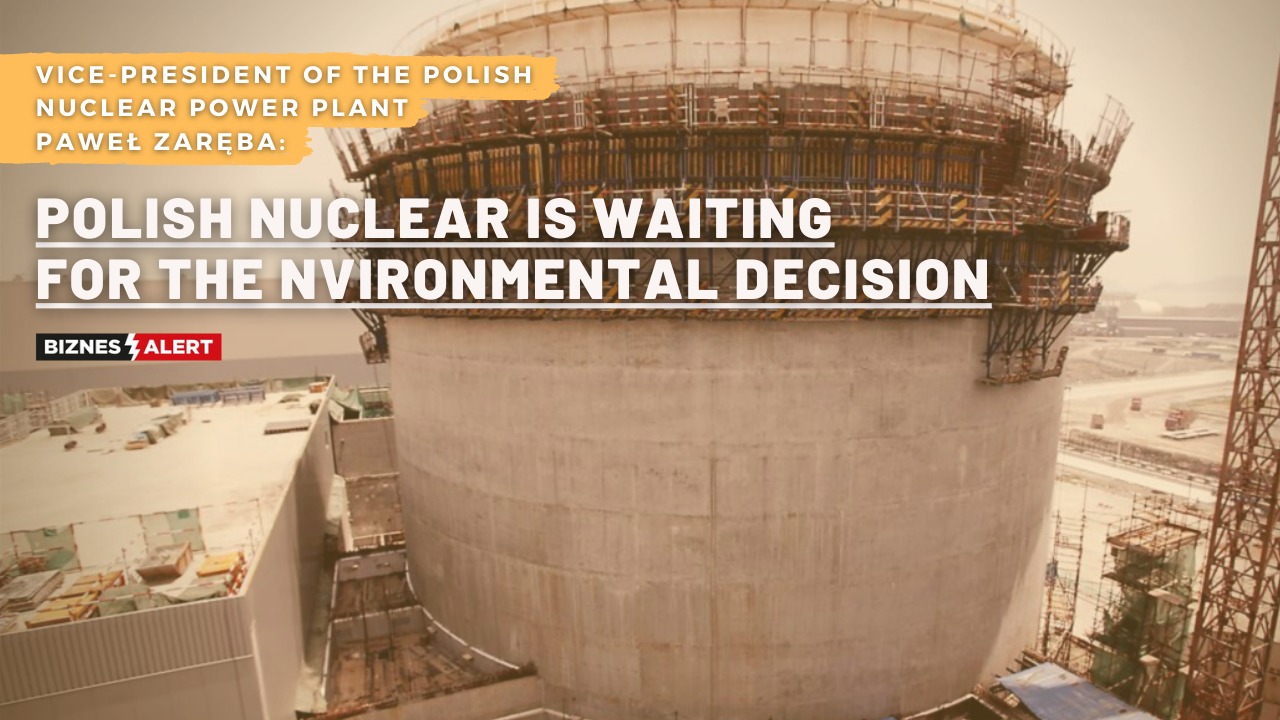 BiznesAlert.pl: To what extent is Poland ready to build nuclear power plants?

Paweł Zaręba, Vice President of Polish Nuclear Power Plants: In October 2020, the Polish Nuclear Power Programme was updated. The goal is to build 6 nuclear power units by 2043. Similar assumptions regarding the direction in which the the Polish nuclear power industry should head, are expressed in the Polish Energy Policy until 2040, adopted in February 2021. In March, there was a change of ownership and the Treasury became the owner of our company. Simultaneously, the government is in very lively talks with potential technology suppliers. Suffice it that I mention a number of agreements concluded with the United States. Meanwhile, we, the Polish Nuclear Power Plants, are finalizing the work related to the environmental impact report. The next steps will depend to a large extent on the procedure for obtaining the environmental decision.

What does that mean?

The environmental impact report will be submitted by the end of the year to the General Directorate for Environmental Protection (GDOŚ), which will need time to get acquainted with the results of many years of research and analysis that we conducted at the locations Lubiatowo-Kopalino and Żarnowiec in the Pomeranian Voivodeship. Importantly, in the report we will indicate the preferred location for the construction of the first Polish nuclear power plant. There will certainly be additional questions from the Directorate, or requests for clarification of certain information. Once this stage is done, a cross-border procedure will begin, in which up to a dozen countries can participate. The GDOŚ will launch this procedure, but due to the multifaceted and complex nature of the program, it is difficult to determine exactly how long it will take.

Is this the first instance when cross-border consultations will take place?

No. This is another stage, previously we had consulted the Polish Nuclear Power Program and the Project Information Chart. Now it’s time for the environmental report procedure.

Should we expect obstacles?

The vast majority of countries likely to participate in the cross-border procedure have been developing their own nuclear programs for years. Fortunately, these countries are aware of the challenges of the climate crisis and the obligations that the EU imposes on us in this context. That is why, in recent days, Poland and nine other EU members, including France, Finland, Romania, Slovakia, Slovenia and Hungary, have signed a letter that the French Finance Minister Bruno Le Maire addressed to European decision-makers, highlighting the contribution of nuclear energy towards decarbonization and ensuring a stable energy supply. This letter calls for equal treatment of nuclear energy, and in particular for its inclusion in the taxonomy for sustainable financing by the end of 2021.