Zielińska: negotiations on the social contract are hermetic and lacking in realism 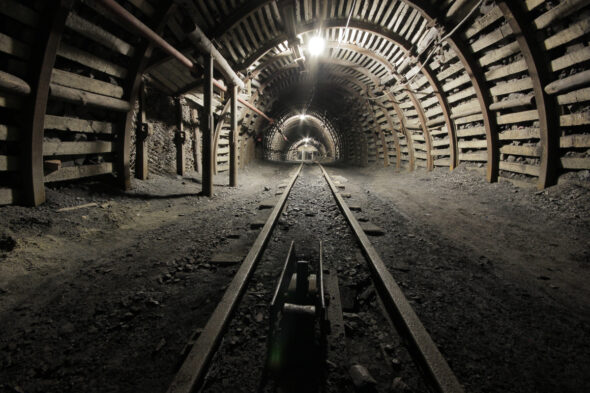 The debate on phasing out coal is taking place behind closed doors in ministries, among a narrow group of people, often in secret. Even though local governments will be directly impacted by the transition neither they nor other social partners are permanent members of the negotiation team – Urszula Zielińska, MP from the Civic Coalition – Green Party, writes.

Debate on the future

Even miners themselves are represented by trade unions, which offer a very narrow point of view. MPs who are members of the Commission on Energy, Climate and State Assets, such as myself, find it difficult to learn anything from the ministers who participate in the negotiations. These are the circumstances in which the strategic debate on the transition is taking place.

Regarding the demands made by miners it is worth mentioning first the positive aspects included in the miners’ draft of the social contract from the 25th of January. The miners want a Coordination Council to be established, which would be a bigger negotiation group that would permanently include local governments of mining municipalities. It is a very important expectation and I hope it will be met. Unfortunately, the group is still missing NGOs and social partners, apart from heads of the biggest trade unions. Whereas the government has engaged two of its ministries: the Ministry of Climate and Environment and the Ministry of State Assets, it is missing the Ministry of Development Funds and Regional Policy, which is responsible for the territorial just transition plans.

When it comes to the other demands, many of them are completely economically, legally and market-wise unrealistic, considering Poland’s current obligations as part of the European climate policy. Because of that it is very probable that the draft social contract and social negotiations, which are now happening, will fail and the miners will feel cheated yet again. Actually, the government has been cheating the miners for a few years now – in 2015 and 2016 the Law and Justice party that was taking over power in the country said it would invest in coal mining. President Duda said that we would extract coal for another 200 years, and that miners had absolutely no reason to worry, but while he was making those promises mines were being quietly shut down. Today we are again risking that the talks will fail in June, when the European Commission will question, e.g. the stipulation on financial support for unprofitable mines or investments in installations that run on coal or other fossil fuels. If that happens, the government may try to blame the EU for the failed negotiations. And yet already today the government is fully aware of the obligations it made by signing the updated climate and energy policies.

Why the negotiations could fail?

The first issue is the schedule for shutting down mines, which exceeds 2035 and lasts until as late as 2049! It is not only detrimental for climate, but also economically unrealistic. Las week the Polish Mining Chamber of Industry and Commerce presented the initial financial results of the coal sector for 2020. At the end of the year the industry recorded a PLN 3 billion loss. This reveals the scale of the problem. When the Polish Mining Group (PGG) applies for PLN 1.7 of aid from the Polish Development Fund (PFR), it’s a drop in the ocean. We need to openly admit that mining has become economically unsustainable, especially during the coronavirus crisis.

Another important piece of the puzzle is that Poland is now negotiating a schedule for closing coal-fired power plants before 2025, or by 2035 at the latest, but it is the power plants that are the main consumers of coal from Polish mines. This means that after 2035 at the latest there won’t be any consumers wanting to buy Polish coal. Either way, we have a problem of this kind already today, because due to the costs, power plants are increasingly more often importing cheaper coal, e.g. from Russia. One could expect that before the last power plant is closed the situation will have grown worse and the pressure to import coal will have mounted.

Second, the new climate policy that is now being drafted by the European Parliament and the European Commission, and which Poland signed during the EU summit last December, obliges us to reduce emissions by at least 55 percent by 2030. It also says that after 2025 EU members will not be allowed to subsidize fossil fuels. There are also plans to reform the emissions trading system, which will be made even more strict to encourage bigger cuts in emissions. This will impact the cost of allowances and further undermine any economy that generates too much emissions. Why the most experienced representatives of trade unions don’t see that and are leading the negotiations to a dead end? Are they hoping that Poland as the only state in the world will maintain the coal status quo? Considering the current developments this expectation is completely unrealistic. Europe’s climate policy is responsible and correct. We know why it was created and why we have to support it. We also know that not supporting it will lead to a climate disaster, but before that happens we will lose huge financial support, which is necessary to go through with the transition.

How do we make the social contract more realistic, so that it actually has a future?

It is possible to introduce to the contract a few amendments, which would make it more feasible, so that it could enter into force and gain access to huge financial support from the new EU funds: the Just Transition Fund, the Recovery Package and the financial perspective for 2021-2027. The miners could use this money to create more realistic and long-term jobs. What are those updates?

First, the schedule for closing mines should be made more viable. The last mine should shut down by 2035 at the latest, which would fit with the plans to close down coal-fired power plants. The last remaining coal mines must find buyers for their product.

Second, I believe we should extend the employment guarantee for miners beyond the narrowly-defined bituminous coal sector into the widely-understood power industry, or even further. Today new jobs are being quickly generated in the renewable energy sources sector, and that’s where the money will go. In the east part of the Greater Poland region there are miners who worked in open-pit mines near Konin, and are now being trained to install renewable installations. The trainings are not expensive, they take five days and companies can apply for EU funding to conduct them. The miners who lost their job, can easily find another one at renewable companies, and for a decent salary too. Despite that the companies complain they cannot find enough employees. If we could merge these two trends, we would have a reliable guarantee that miners would find employment for years to come.

Third, it is worth changing our investment plan from coal and so-called “grey” investments to innovations with regard to fuel and renewable energy to make EU funds available for miners during the transition. The European Union wants to invest in, e.g. green hydrogen (not “grey”), so it is worth engaging in such projects. This is yet another update that, if added to the social contract, would immediately open large sources of financing from the Recovery Package and the Territorial Plan for a Just Transition, and thus would create new jobs with a promising future.

The fourth issue pertains to the severance payments for those miners that will not find another job – if there will be any at all. Of course, the miners should receive severance, we all want the transition to be just. However, we should create incentives and support schemes so that they can retrain to find new jobs, instead of repeating the error we made decades ago when they received one-time severances, but did not have a job or any promising future. For instance, perhaps a miner who decides to change his trade and then finds and keeps a job could receive a subsidy that would completely cover the costs of replacing their old coal furnace and insulating their house? New sectors are slowly arriving to our market. One of the examples is e-mobility – the e-car factory Izera is set to create about 15 thousand new jobs in and around Jaworzno as of 2024. Miners are sceptical, because the government often reneges on its assurances about various investments. However, if the government treats itself seriously, it should do everything in its power to make it possible for miners to retrain and find a job in, e.g. the new car factory.
Fifth, the current draft of the social contract does not at all include the Lublin Voivodeship and Lesser Poland, even though both regions have mines whose employees are not sure about their future. These companies and their workers should be included in the transition plan as well.

The deal with miners will collapse if Brussels says no
Coal Energy
On Friday the government signed a deal with mining trade unions. The goal is to prepare ground for future talks on the details of shutting down […]
More