Polish Briefing: Works on the offshore act and achieving the RES goal 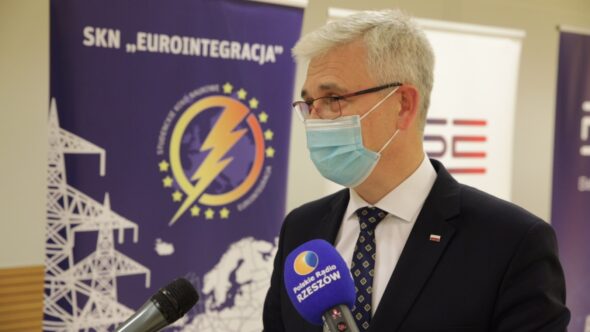 What goes on in Poland on the 13th of October.

Deputy Minister of Climate Ireneusz Zyska spoke about the Polish RES target and the offshore act. Ireneusz Zyska was asked if Poland would be able to fulfill its 15 percent target of RES share. – Let’s wait until next year. At the end of the year, statistical data related to gross electricity consumption from RES will be known. It seems to me that we will be close, but we will probably not achieve this goal, despite the fact that at the moment we are witnessing a spectacular investment boom in photovoltaics. We are on a very good growth path and I think that the European Commission will appreciate these efforts, because last year the dynamics of increasing installed capacity is unprecedented. Therefore, I am not afraid of the negative consequences of failing to achieve this goal, the more so that other Member States, such as Germany, will certainly not achieve their RES target – said Zyska.

Work on the offshore act

– We are at the last stage of work on the offshore law, last week the Standing Committee of the Council of Ministers adopted the law and transferred it to work within the government legal commission. We want the law to be processed in November at the plenary session of the Sejm. I believe that it will be accepted by the end of the year. As an economy, we need a stabilization of the energy system. Nuclear energy gives us a chance to have a stable and relatively cheap source, albeit expensive to build. It will favor the development of renewable sources, including offshore wind energy. The potential of nuclear energy in the Baltic Sea is huge. Some estimate that in the Polish zone by 2040-2050 it may reach 20-30 GW of installed capacity. We in PEP2040 very carefully assumed that it would be 11 GW. It will be a large renewable source, which we do not have in the Polish mix yet, and they will also be used to produce green hydrogen by electrolysis – said Zyska.