A license for 10 PLN, or how to transfer the rights from PGNiG to Orlen? 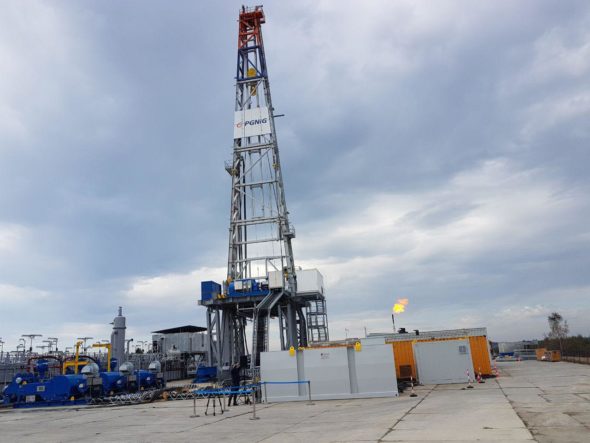 The merger of PKN Orlen with PGNiG is a challenge when it comes gas concessions. There are two options on the table – a general succession where all licenses will be transferred at once, or a laborious process of acquisition, which will take time, but doesn’t necessitate any changes to the law, and will cost PLN 10 per license – writes Wojciech Jakóbik, editor in chief at BiznesAlert.pl.

General succession or license by license?

Jacek Sasin, the head of the Ministry of State Assets (MAP) has admitted that PKN Orlen is to take over PGNiG by mid-2022, while the merger with Lotos will be finalized by the end of this year. “We need to ensure the continuity of these concessions,” the minister has admitted.

PGNiG has extraction licenses in the country, which allow the company to produce almost 5 bcm of gas a year, and are necessary to continue this level of extraction, as it will protect Poland against more gas imports. If PGNiG’s concessions are to be taken over by PKN Orlen, the rights to them should be transferred onto the new entity, i.e. the energy conglomerate that will be established after the merger, and which will also include Lotos.

The general succession whereby the rights to PGNiG’s Polish concessions would be transferred to Orlen on a one in, one out basis, will require amendments to the law. Earlier it has been speculated that such legislative works had already started, but BiznesAlert.pl did not receive an official confirmation on this. However, there is another way by which this problem could be avoided, but it may take more time. If the concessions are payable, it will not be necessary to change the law. BiznesAlert.pl has ascertained that the fee may cost a symbolic PLN 10.
“The Minister of Climate and the Environment confirms that the Geological and Mining Act does not allow for a general succession for hydrocarbon deposits in case of the planned takeover of PGNiG by PKN Orlen. In the opinion of the institution that awards the concession it is possible to transfer the concessions in question from one entity to the other without the need to change the existing law. Transferring the concessions will only involve the payment of a stamp duty for issuing an administrative decision, which costs PLN 10,” the Climate Ministry told BiznesAlert.pl in a statement. “Transferring a license is a standard administrative procedure, which is regulated in detail by the Administrative Procedure Code and the Geological and Mining Law. According to the above, the procedure in question is opened upon the request of a party, which determines the schedule of the entire process. The institution that awards the concession, transfers the license by issuing an administrative decision. The stamp duty for this official activity has been set in the Act on Stamp Duty at PLN 10,” the ministry explained.
General successions were used in the past on the energy market and the gas market, when one entity replaced a different one in the role of a seller and took over their rights. However, the discussion about the Orlen-PGNiG merger seems to suggest that the government is heading towards a different pathway.

Trade unions are keeping an eye

On the 16th of August, the Minister of State Assets talked to the representatives of trade unions on the idea to create a multi-energy concern, made from PKN Orlen, the Lotos Group an PGNiG. “During the meeting the parties talked about to process of establishing a Polish multi-energy concern, its significance to the national economy and the benefits it will bring. At the same time, the parties agreed on establishing a working team that will include representatives of the companies that are being merged and the social side. The team will be responsible for explaining the merger to the employees, presenting information on how it is progressing, what are its goals and assumptions. It will also produce solutions that will secure the employment conditions for employees at the consolidated companies,” the MAP explained.

The gas market is the key to the success of the Orlen – PGNiG merger
GAS
It is boiling hot, from Paris to the remote Syberia the temperatures are breaking records, but in the quiet, air-conditioned offices of managing […]
More

Orlen is waiting for the law on tender offers to be amended. The company may not have […]
Energy
PKN Orlen, the Lotos Group, PGNiG and the State Treasury signed an agreement on cooperation on the basis of which PKN Orlen will take over the Lotos […]
More

Will Orlen enter the LNG market thanks to Lotos?
GAS LNG
The LOTOS capital group, which may soon become part of PKN Orlen has recently completed the feasability study for the construction of a small-scale […]
More