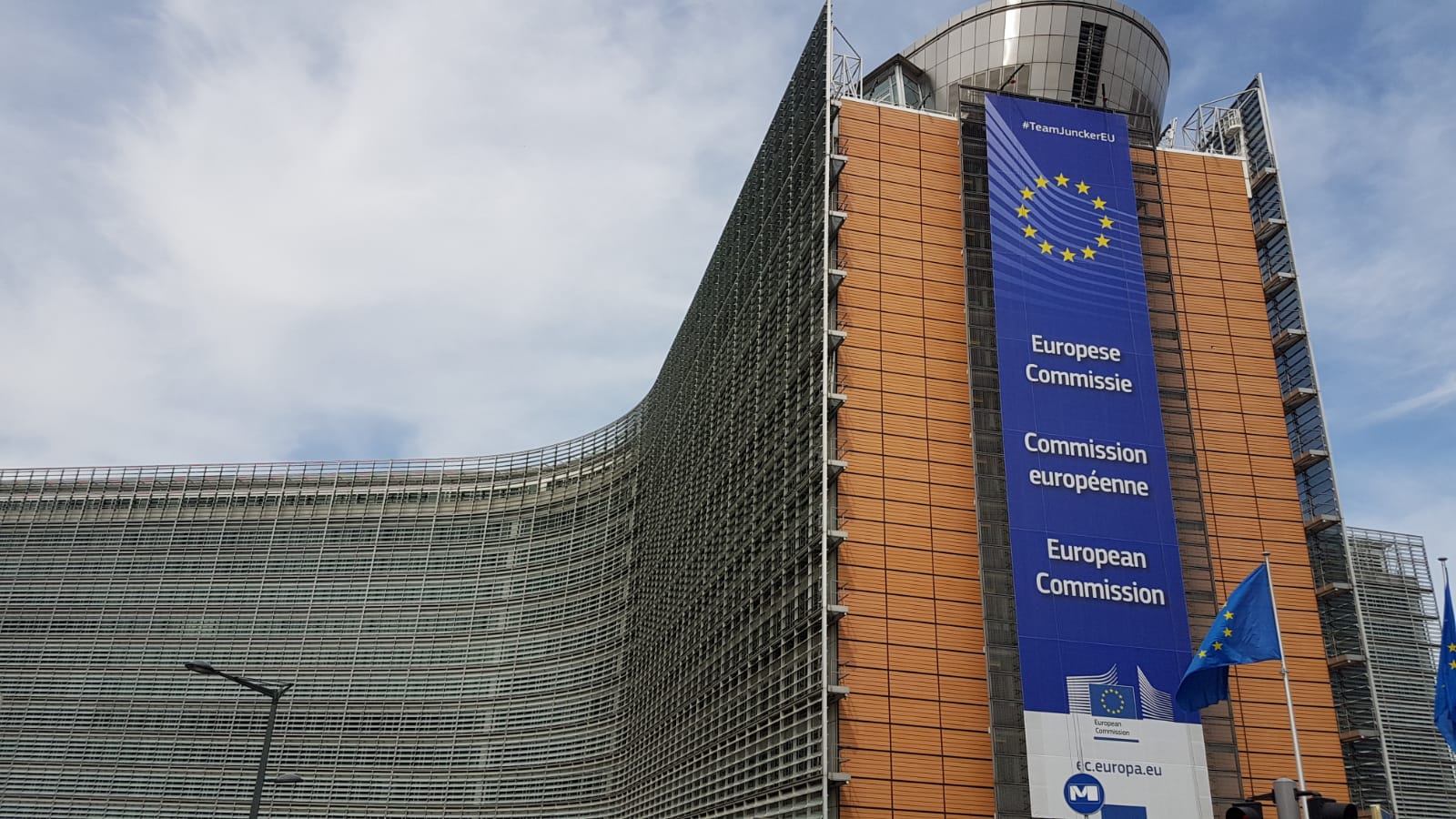 Poland will receive about EUR 125 billion from the recovery fund and the EU’s new seven-year budget. The Just Transition Fund, which is the basic tool used for alleviating the social impact of the energy transition, will be worth EUR 10 billion. This is EUR 20 bn less than previously planned. The missing billions mean we should reconsider how we spend money from CO2 emission allowances sale – writes Bartłomiej Sawicki, editor at BiznesAlert.pl.

EU leaders agreed on a EUR 750 bn coronavirus recovery fund. As part of the fund, in the next three-four years, 390 bn will be available in the form of grants and 360 bn as cheap loans. The politicians also decided that the next seven-year, 2021-27 EU budget will be worth EUR 1074 billion. Poland will receive EUR 125 bn of grant money from the EU budget and the recovery fund in total, which is about PLN 557 bn, as well as EUR 34 bn in cheap loans. According to the Polish government, Poland lost 3 percent, i.e. two billion Euro, in comparison to the original proposition from 10 of July. However, it is worth remembering that about 8 billion euro from the recovery fund, which is included in Poland’s grants, will be available only after 2023. That’s when the loses of EU member states caused by the coronavirus will be taken into consideration. That will depend on Poland’s GDP performance in the coming years.

Climate as a top priority

The conclusions of the Special Meeting of the European Council were dominated by the climate neutrality goal. Climate action will become part and parcel of major EU policies and grant programs as part of the Multiannual Financial Framework (MFF) and the Next Generation EU fund (NGEU). The main climate goal of 30 percent will be pursued through the MFF and NGEU and will be reflected in the regulations for particular sectors. The goals included in those regulations will be coordinated with the EU’s overarching target to achieve climate neutrality by 2050. At the same time, it has been announced that the 2030 EU climate goals will be updated. The general rule is that all EU spending should be consistent with the Paris Agreement goals. At the end of March, the European Commission launched public consultations on upping the greenhouse gas emissions reduction targets by 2030. Currently the target sits at 40 percent. Brussels reiterated that it would not give up on its climate ambitions despite the COVID-19 pandemic.

The European Investment Bank (EIB) will come in handy. It should be able to manage sufficient capital to implement EU policies. The EIB Board of Governors will review the capital adequacy of the EIB in the context of MFF and NGEU, as well as EIB input in implementing EU climate goals and digitalizing the EU economy. After the review, the Board will decide on the size and conditions for increasing capital by the end of 2020. When it comes to climate goals, the money spent as part of the Common Agricultural Policy (CAP) will be especially important for Poland. According to the new delivery model, 40 percent of CAP funds will be devoted to combating climate change.

“EU expenditure should be consistent with Paris Agreement objectives and the “do no harm” principle of the European Green Deal. An effective methodology for monitoring climate-spending and its performance, including reporting and relevant measures in case of insufficient progress, should ensure that the next MFF as a whole contributes to the implementation of the Paris Agreement,” the conclusions of the special meeting of the European Council state.

A Just Transition Mechanism will be established. It will include the Just Transition Fund (JTF), which will combat the social and economic impact of pursuing the 2050 climate neutrality target. The JTF is part of the NGEU and will be worth EUR 10 bn. Additionally, as part of the MFF, EUR 7.5 billion will be spent on the JTF between 2021 and 2027. According to the Summit conclusions “the distribution key for the Just Transition Fund will be in line with the Commission’s proposal, including a maximum amount and proportionate reduction in the minimum aid intensity’. However, the conclusions clearly state that “access to the Just Transition Fund will be limited to 50% of national allocation for Member States that have not yet committed to implement the objective of achieving a climate-neutral EU by 2050, in line with the objectives of the Paris Agreement, the other 50% being made available upon acceptance of such a commitment.” Poland may receive between 3 and 5 billion euro. Originally the figure was supposed to have been 8 billion. However, the key here is to support the target at the national level by 2050. The Ministry of Climate suggested Poland understands and supports climate neutrality, but at the EU level. However, as an individual state Poland is not able to commit to implementing this goal. The original proposition put forward by Charles Michel, the President of the European Council, was modified because before the Summit the payout of all of the funds was conditioned upon agreeing to climate neutrality at the national level by 2050. Now it will be 50 percent. The price is reducing the fund.

Fuzzy rules about the rule of law

The European Council has stressed the necessity to protect financial interests as well as respect the rule of law.

In the conclusions the Council states that “based on this background, a regime of conditionality to protect the budget and Next Generation EU will be introduced.” A qualified majority in the Council will be able to take measures against member states who will breach this rule. The European Council will quickly return to this issue. This means that provisions about the rule of law were indeed included in the Meeting’s conclusions. The document also confirms the mechanism will be introduced, but the details will be hammered out later on. Some experts underline that weakening the rule of law mechanism, a demand made by Poland and Hungary, could be linked with halving the Just Transition Fund.

In the coming years, the EU will try to reform its own resources system and introduce new own resources. First, a new kind of own resources will be created. It will be linked to non-recycled plastic packaging waste and will be applicable as of 1 January 2020. As the foundation of own resources, the European Commission will present in the first half of 2021 a motion to introduce a carbon border adjustment mechanism and a digital levy. Before the 1 of January 2023 at the latest, the EC is to propose an update to the ETS (CO2 emissions trading) with the possibility of extending it to the aviation and marine sectors. Additionally, during the subsequent MFFs, the EU will be working on introducing other own resources that may include a tax on financial transactions. The revenue from own resources introduced after 2021 will be used to repay the loans incurred as part of the NGEU before the deadline.

The Tuesday deal is not all. In order to borrow additional money, the EC asked to increase the so-called budget reserve, i.e. the gap between the expenses and the means the EU is able to acquire from member states. This solution will have to be adopted by national parliaments in all member states, which will take until next year. Additionally, the European Parliament will play an important role when it comes to presenting plans in member states.

From the point of view of modernizing the power industry, the Just Transition Fund was the most important for Poland, because it will mitigate the impact of coal phase-out. This is not about building new capacity generation, but about, e.g., creating new jobs. Poland may receive between 3 and 5 bn euro from the Fund. Half of the money will depend on supporting the climate neutrality goal. However, this will be difficult because the coalition government in Poland is split over the issue. Therefore, considering the existing political situation nobody will risk using the majority. The cost of the transition has not been determined. Various estimates have been made though. According to a report by Instytut Jagielloński “Fuels and engines for economic growth. The impact of raw materials prices and energy generation on Poland”, the adaptation of Poland’s energy mix to EU requirements by 2040 will cost – depending on the scenario – between PLN 250 and 400 billion. However, in the future the investments are expected to yield a GDP increase of about 200-310 billion. Whereas the Polish Electricity Association says that according to an analysis “Scenarios for the low-emission energy sector in Poland and the EU by 2050,” the estimated investment costs for the Polish energy sector alone, which will make it possible for a reduction of 96-97 percent in 2050, will cost EUR 179-206 bn between 2021 and 2050.
This means the Just Transition Fund is a drop in the ocean. However, it should be remembered that the money should be used to mitigate the impact of the transition by 2027. Moreover, the money for building new generation capacity may come from the Modernization Fund, which had been established during the fourth reform of the EU ETS.

Considering the funds for stimulating economic development of post-mining regions, i.e. Silesia, Lower Silesia, Greater Poland and the łódzkie voivodship have been lowered, it is worth rethinking a national fund that will support this goal and which could be sponsored from selling CO2 emission allowances.

In 2019 the Minister of the Environment recommended to Poland’s Prime Minister (“EU ETS after 2020 – Recommendations”) that in the next trading period Poland should abandon the derogation for the energy sector and sell all of its 275 million allowances to bankroll a national fund for modernizing the energy sector for which the minister responsible for energy should be responsible. The money should be spent on investments as part of the National Energy and Climate Plans for 2021-2030. This pertains to nuclear energy, modernization of power generating units in the energy sector, development of transmission and distribution grids, including heating networks, improvement of energy efficiency, including in construction, RES together with associated infrastructure, including damning structures for hydroelectric power plants, limiting transport emissions, including e-mobility, energy storage, hydrogen fuel research, developing inter-system connections between EU members, as well as actions ensuring a just transition. And it is this final point that should play a much bigger role and be a lot more important considering the fact that funding for the transition has been decreased.

Spurek: coronavirus cannot suspend the EU’s climate policy
Climate Policy Environment
In an interview for BiznesAlert.pl Sylwia Spurek, MEP and member of the Progressive Alliance of Socialists and Democrats, comments on the climate […]
More