About a dog that rode… with Putin’s trolls 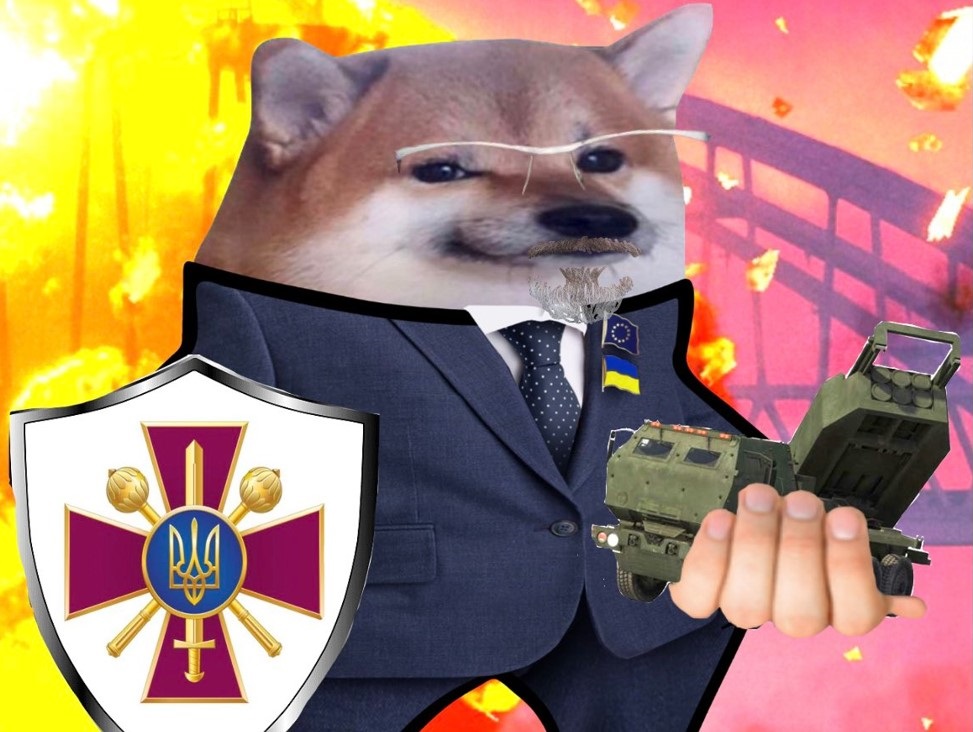 NAFO (North Atlantic Fellas Organization) and its Shiba Inu dog stand shoulder to shoulder against Russian propaganda. The Japanese pup has already appeared in Internet memes, but now it has become a symbol of the fight against misinformation – writes Jędrzej Stachura, editor at BiznesAlert.pl.

February 24, 2022 is a date that will probably stay with each of us for the rest of our lives. As in the case of 9/11, when the two most famous skyscrapers in New York burst into flames, the eyes of the whole world were turned in one direction. Russia’s months long aggression in Ukraine has been giving rise to new initiatives to help Ukrainians in the fight against the madness of Vladimir Putin.

While Ukrainians bravely defend their territory, the rest of the world is trying to influence the actions of the Russians. The supply of weapons and fuels, sanctions as well as technological support are taking place at the state level, but as it turns out, the struggle is also moving to the internet. This is important because Russia, which has regarded propaganda as one of the foundations of its existence since the dawn of history, has also been waging an information war on the web for years.

Enter NAFO (North Atlantic Fellas Organization) – dedicated to combating Russian propaganda and disinformation about the invasion of Ukraine. The name of the organization refers to NATO (North Atlantic Treaty Organization). It was created in May 2022 and it can be called a global internet army using memes, that is, various images posted on the internet, to counter false information produced by Russia. The “fellas” are a sign of the present times and proof that the war is also going on in cyberspace.

How was NAFO created?

NAFO has become a serious tool in the fight against claims that the Russians are not invading, but simply liberating Ukraine from the Nazis. The organization emerged spontaneously on Twitter, when the owner of the account named @kama_kamilia organized a fundraiser for a Georgian legion supporting the Ukrainian troops. It was then that a distinctive avatar appeared-a caricature of a dog of the Shiba Inu breed, which is now the business card of the organization. The dog of Japanese origin has previously appeared in internet memes, but now it has become a symbol of the struggle against Russian propaganda.

NAFO blew up on twitter in August 2022, when the Russian ambassador to Austria, Mikhail Ulyanov, published a controversial post on Twitter, in which he wrote about the “lack of mercy for the Ukrainian people.”

After the publication of the above message, he was drawn into a discussion with NAFO members, which greatly increased the popularity of the group. After this exchange, the ambassador deleted the tweet, and then tried to explain himself. This is one of the first examples of the effectiveness of NAFO, which counters the information disseminated by Russian state institutions, politicians and activists.

An important moment was the interaction with the minister of defense of Ukraine Oleksiy Reznikov, who received his own picture with a dog. “Hello! I made this guy especially for you. His name is minister Oleksiy Fellaznikov,” wrote the author of the meme. Calling Reznikov a “fellaznikovem” meant he was included among people who fought for Ukraine. The minister thanked for this gesture, set the dog as a photo of his profile and stressed that NAFO was a valuable element in the fight against Russian disinformation.

The creators were also appreciated by the Ministry of Defense of Ukraine. “We usually express our gratitude to our international partners for their assistance in the field of security. Today, however, we want to acknowledge the unique organization of NAFO. Thank you for the fierce fight against propaganda and Kremlin trolls,” said the office.

The creators of the movement emphasize that its greatest strength is diversity. Politicians, ambassadors, former prime ministers, scientists, anarchists, disabled pensioners, former army officers, farmers and engineers, old and young, left and right, identify with it. Regardless of their private convictions, they remain united in one common goal, which is to combat disinformation on the part of Russia. Jordan Maris, chairman of the NAFO delegation to the European Parliament, said that previous attempts to combat Russian propaganda have rarely been successful. According to him, the key to success is the irony that can be found in memes with the Japanese dog.

One of NAFO’s memes. Picture by Ministry of Defence of Ukraine

The strength of NAFO lies also in the fact that, unlike Russian trolls, who are paid by the state and act as individuals with theoretically independent views, its members represent a common cause, that is, a desire to help Ukraine. Their commitment stems from the need of the moment or the heart, not necessarily the wallet. “When the war broke out, we all felt powerless, we all wanted to do something to help. That’s what we have in common. It was necessary to act quickly, because a lie can get across half the world before the truth has time to put on its pants,” said Maris, referring to the words of Winston Churchill.

It is worth noting that NAFO does not work like groups fighting against propaganda that we know from the past. The creators of the pictures not only directly counter the information from Russia, but also use irony to force the audience to reflect on the issue. For example, “fellas” release mocking memes against Russian diplomacy, which at times are so absurd that those concerned actually cannot answer, so as not to expose themselves to more blows.

Can internet traffic help Ukraine win against Russia? Statistics say that only three percent of Russians use Twitter, which is where NAFO is most active. The ultimate success may therefore depend on reaching out to other platforms, such as Facebook and Telegram. Anyway, despite the undoubted success of the internet soldiers, the focus should remain on the Ukrainians, who are defending the rest of Europe from Putin’s unhealthy ambitions.

These considerations should be concluded with the words of the head of the NAFO delegation Jordan Maris: “countries around the world must provide Ukraine with everything it needs for victory, including tanks and jets. As for the propaganda war, leave it to us.”