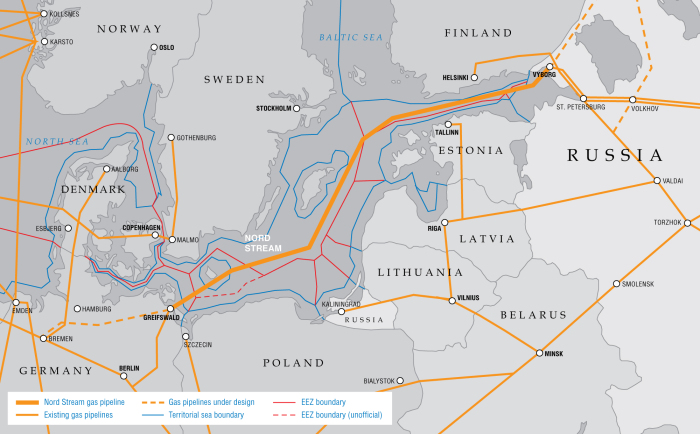 According to Bartosz Bieliszczuk from Polish Institute for Foreign Affairs (PISM) U.S. and Germany deal on Nord Stream 2 will not deter Russia.

The U.S. and Germany have reached an agreement to end their dispute over the Nord Stream 2 (NS2) gas pipeline. Their joint communiqué of 21 July suggests that the U.S. administration will abandon sanctions against NS2, which will facilitate its completion and commissioning. Germany pledges to take action to minimise the risks posed by the project, above all to Ukraine. The agreement rightly highlights Russia’s aggressive actions, but will not be able to address them. In the wider perspective, it will not deter Russia from continuing its aggressive policy.

The joint statement expresses support for Ukraine’s sovereignty, territorial integrity, and EU integration. The U.S. and Germany also recommit to push back against Russia’s aggressive policy. In case of further aggression against Ukraine or the use of energy as a weapon, Germany will take action (unilaterally as well as on the EU level) to limit Russia’s export capabilities to Europe. This is to ensure that NS2 is not used to achieve political goals and also includes other sectors than energy.

Germany declares its support for applying the EU’s gas directive to NS2 (ensuring it is operated transparently ) and the efforts to maintain Russian gas transit via Ukraine after 2024 when the current agreement expires.

Germany also pledges to support the energy transition of Ukraine and other countries in the region, reducing their dependence on Russia. Moreover, Germany declared possible financial support for the Three Seas Initiative.

The agreement is a big success for Germany in its long-standing efforts to promote and protect NS2 and will most likely make it easier to get technical certification and commission the pipeline (construction works might be finished by the end of August).

The plans of involving Germany in Ukraine’s energy transition means that Germany succeeded in painting its own commercial interests as an element of support for Ukraine. The potential threat of German sanctions on NS2 is not credible as in practice they are hardly possible and doing so on the EU level requires unanimity, which is difficult to achieve. Germany is required to apply the gas directive to NS2 anyway, and regarding the future transit of Russian gas via Ukraine, Germany has no tools to ensure it. The financial support for the Three Seas Initiative would be a good move, but during the recent summit, the German president was very cautious about such a move.

These issues and the lack of more ambitious support from Germany for Ukraine shows that the former’s priority is to push NS2 through instead of addressing the numerous controversies around NS2.

The U.S. motive behind the agreement is to close the dispute with Germany, a country seen by the Biden administration as a key ally for cooperation within NATO, as well as on issues like climate change. Simultaneously, the agreement might result in a dispute with some NATO allies over the long-term strategy on Russia, especially if the U.S.-German agreement will not translate into more decisive policy support for Ukraine vis-à-vis Russian aggression. In the U.S., it could result in a conflict with Congress, as some members from both parties remain very critical of NS2 and of the agreement itself. They might try to force the administration to introduce sanctions against NS2 and/or push for more decisive U.S. policy on Russia.

The green light for NS2 completion without any requirements for Russia to change its aggressive behaviour might encourage the Kremlin to continue its policy. The agreement makes it easier to complete and commission NS2, which, if used as expected, will deprive Ukraine of gas transit revenues while raising the threat to Ukraine’s security, without military support to compensate for this threat. This is why the ministries of foreign affairs of Poland and Ukraine criticised the agreement, pointing out it does not counter the harm of NS2 to regional security. Poland had pushed for wider consultations with the U.S. and Germany and their NATO allies and Ukraine before the agreement. One tool of effective pressure on Russia could have been a threat to stop NS2 altogether.

But in view of its probable completion and launch, closer military cooperation with NATO and the supply of military equipment to Ukraine should be an important element of support for that country.