Buzek: Talking about treason and conspiracies does not bring us closer to stopping climate change (INTERVIEW) 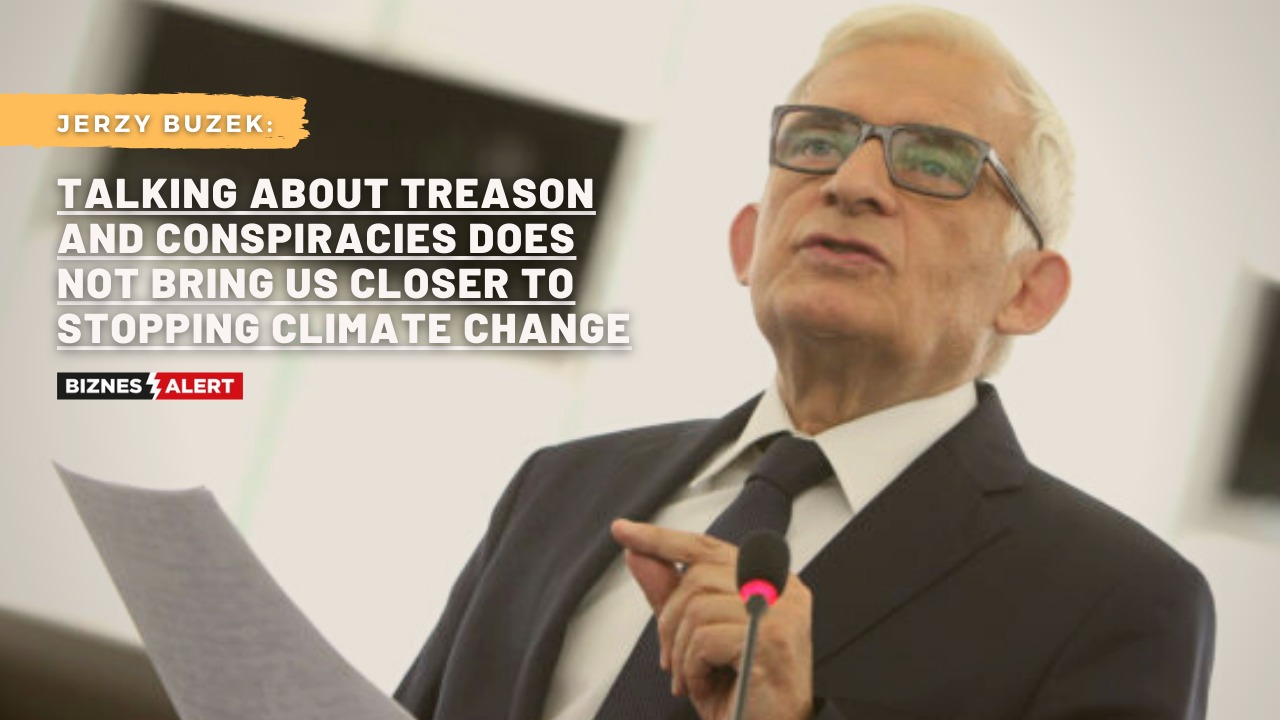 The initiative of Polish Members of the European Parliament to defend the atom and gas in taxonomy was strongly criticized by the School Strike for Climate. “Such baseless accusations of the worst intentions and attitudes – even if they stem from the noblest concern for the future of the planet – are not much different in style from what we hear from those who question global warming and the point of countering it, as they also talk about treason and conspiracies. This does not bring us closer to stopping climate change and does not advance the transformation – it compromises the whole idea and effectively discourages from it,” says prof. Jerzy Buzek, co-author of the initiative, former Polish prime minister and current Member of the European Parliament.

BiznesAlert.pl: How will the EU taxonomy – a system of uniform classification of sustainable and environmentally friendly investments – affect Poland?

Prof. Jerzy Buzek: In some ways, it already has an impact – this regulation came into force in June 2020 and introduced a new principle: “do no significant harm”. It is referred to in most of the programs financed by the European Union budget in the 2021-2027 perspective, e.g. the structural funds, the Invest EU and Horizon Europe programs or the Just Transition Fund. Projects supported under the EU Reconstruction Fund will also be evaluated in terms of compliance with this very principle, among others.

At the same time, work is under way in Brussels on legislation to complement the taxonomy – detailed technical guidelines for gas and nuclear power generation are currently being prepared.

Last week, together with MEP Bogdan Rzońca, you sent a letter to the president of the European Commission, Ursula von der Leyen on this very topic. What made you do that?

This is a key issue for the success of the green transition, which should be carried out in a socially just, cost-effective way, strengthening our energy security and eliminating the energy poverty of millions of Europeans. In other words, the transition should be wise, effective and acceptable. In the letter, we stressed the need for a better balance between the EU’s rightly ambitious climate targets for 2030 and 2050 and real technological opportunities and challenges. For example, the requirements for the level of use of low-carbon or renewable gases: at this point the proposals in this regard are inconsistent with the forecasts of the European Commission regarding the prospects for the development of these gas technologies in the next three decades.

Importantly, all of this is crucial not only for Poland, but for the whole Union. This is confirmed by the huge number of colleagues from the European Parliament who have supported our appeal: nearly 80 MEPs from six political groups and as many as 14 member states – from Germany and France, to Finland, Italy and Greece, to the Visegrad group and the Baltic states – have signed it. This doesn’t happen every day.

Nevertheless, the School Strike for Climate calls the initiative “a list of shame” on Facebook and says that “it is an extremely short-sighted act of climate betrayal, betrayal to us and to future generations.” The organization claims that support for natural gas is “blowing up the chances of stopping the climate catastrophe.” What would you say to that?

Firstly, I believe that this baseless allegation of the worst intentions and attitudes – even if it stems from the noblest concern for the future of the planet – is not much different in style from what we hear from those who question global warming and the point of countering it, as they also talk of treason and conspiracy. This does not bring us any closer to stopping climate change and moving the transition forward – it compromises the whole idea and effectively discourages from it.

Secondly, I have been thinking about the future of the next generations not for 3-4 years, but for at least 25 years. That’s when the government I ran shut down 22 mines in two years. Young people have the right not to remember this, Facebook did not exist then, nor did the Paris agreement or the EU climate package – Poland was just beginning to try to join the Union at that time. We paid a heavy price for this reform in the next election, but today I would do the same – precisely in the name of responsibility for the future of our children and grandchildren.

And thirdly, no one is saying that gas is the only solution, much less that it must come only from Russia. I also think that – as the originator of today’s Baltic pipeline from Norway and Denmark to Poland, or as a later author in the European Parliament of regulations on the security of gas supply or the new gas directive – it is really difficult to accuse me of any sympathy for the Russian monopolist and its practices.

So what should be the role of gas in the transformation?

I have been saying this from the beginning: in countries, especially such as Poland, gas can be an important bridging fuel, significantly accelerating our shift away from coal in electricity and heat production and moving – in the perspective of 25-30 years – to an energy system based mainly on renewable energy sources. Let us remember that when it comes to carbon dioxide, gas generates two times less emissions, and does not cause the deadly smog. In addition, the taxonomy would primarily support state-of-the-art gas cogeneration – that is, the simultaneous generation of electricity and heat, which by definition is the most cost-effective, improving air quality, protecting the environment and the climate.

What about the atom?

The atom is a source of different emotions and concerns than gas, although no one responsible will deny that this way of generating energy is neutral for the climate. In Poland, if such a power plant were to be built in the end, it would not happen before the end of the 2030s. In the next 15 years or so, nuclear power will not solve any of our challenges and problems related to energy security or the transition towards EU climate neutrality in 2050.