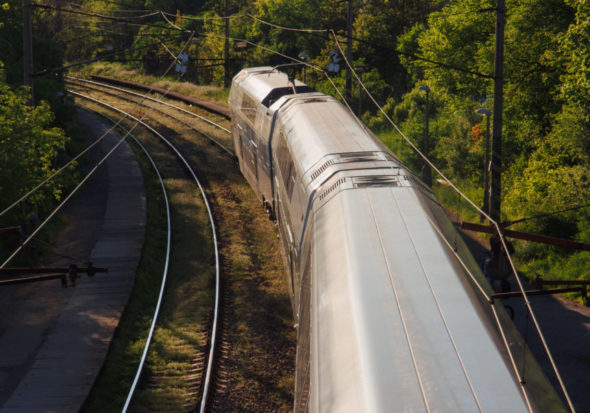 Climate change has impacted the way we think about problems it had caused. It has become increasingly more popular to talk about the ubiquitous concrete in cities and the near-total power drivers have in city centers, or about traveling long distances, as well as the growing problems with access to water. It is worth taking a closer look at the ideas that offer solutions to some of those issues – Michał Perzyński, editor at BiznesAlert.pl, writes.

The actions taken by the local government in Paris are a kind of a response to climate change. As of next year the heart of France’s capital city will be closed to almost all foreign drivers. The plan is to cut traffic at least by half. If it is successful, a zone will be established where car traffic will be significantly curbed. According to calculations made by municipal organizations, out of about 180 thousand vehicles that pass through this area every day, 100 thousand pass without stopping. In the future only residents, buses, taxies, as well as craftsmen, salesmen and suppliers will be allowed in the zone. The consultation process to hammer out the details has already started. It is still unclear what rules should be applied to tour buses. The plans are to enter into life in 2022. The zone will include the Seine Île de la Cité island, and will stretch from Place de la Concorde to Place de la Bastille.

The changes will also impact parts of the fifth, sixth and seventh district in Paris – an area that encompasses 3.5 km west to east and about 2.5 km from the north to the south. According to the proposal, the restricted traffic zone will accommodate pedestrians and bikers, ensuring better safety, as well as decreasing pollution and noise. Anne Hidalgo, the mayor of Paris, has declared war against cars and air pollution a long time ago and, for instance, expanded bike lanes. If air quality is bad, the traffic will be limited significantly, and car stickers are already mandatory. Some roads are off limits for cars, e.g. those on the Seine’s right bank. They were replaced with a boardwalk.

Germany is ready for droughts and fires

For a few years now we have been hearing that Poland should take a serious look at water management, because almost every year we are at risk of a drought. Our neighbors in the west are facing a similar issue. Flooding ground waters and consumption in agriculture may, in the mid-term perspective, put at risk the supply of potable water. According to the Federal Office for Protecting the Population remedial measures should be taken immediately. Places such as Simmern-Rheinböllen, Nieder-Beerbach and Merenberg in Western Germany made headlines, because access to potable water there went down so much, the authorities had to introduce strict restrictions to save it. According to Armin Schuster, the head of the Federal Office for Protecting and Helping the People, the number of such situations may go up. He also warned about shortages of potable water in Germany due to climate change. “Already, there are communities that are struggling with accessing potable water,” Schuster said. He mentioned the sinking water levels and “competition with agriculture”.

Schuster warned that residents and entire communes needed to adapt. In order to implement remedial measures, his Office spends about EUR 60 million on a program to renovate emergency potable water wells, as well as connected pipelines and emergency provisions for water suppliers. Considering climate change, the risk of water shortages is matched by the risk of forest and vegetation fires and extreme weather changes – Germany spends huge money to prepare for these situations as well. Armin Schuster also called on German citizens to take responsibility for themselves. “I don’t want to be an alarmist, it’s too soon for this. However, saving resources, sustainable water usage, as well as increased self-defence and ability to self-help of the population in extreme weather events are very necessary already,” he said. The Office he heads is already thinking about what will happen if climate change impacts are not stopped on time. However, as he rightly pointed out, the state itself will never ensure as good protection as local communities.

Anybody who has ever travelled on a night train in Poland knows it is pure hell. However, it turns out it doesn’t have to be this way. After the train between Paris and Niece had been cancelled over three years ago, a plan has emerged to restore it as part of an ambitious scheme to resurrect night time trains across Europe, and replace short-distance flights with longer, but more environmentally friendly, night train rides. France is not alone when it comes to investing in this mode of transport. In May the Austrian sleeper train Nightjet started to run between Vienna and Amsterdam, while a Dutch startup European Sleeper is planning to launch nigh time services that will connect Amsterdam, Berlin, Brussels and Prague next year. Add to that the long-term cooperation between many national train companies in Western Europe in order to connect large cities with a network of night time trains.

It is no secret that in the times of the European Green Deal governments are sympathetic towards trains, so much that the European Commission announced 2021 would be the “European Year of Rail”. However, governments cannot rely on moral imperatives only, to generate a big enough demand and compete with cars or planes. This is why rail needs to offer competitive prices, which at this point is a real challenge. Operational costs are high – night time trains carry fewer passengers and require additional services, such as bed making and laundry – two-way tickets for the Paris-Niece train may cost over EUR 218, so the plane ticket for the same route is a lot cheaper.

What about travel comfort?

Another important question is the comfort of the travel itself. Certain solutions are already being introduced to make train travels more comfortable. While the new Paris-Niece connection doesn’t have showers and Wi-Fi, the travellers receive sets that include earplugs, eye masks and wet wipes, irregardless of whether they sit in the basic reclining chairs or in sleeper compartments with bunk beds. The standard will improve as of next year, when new generation Nightjet trains will make a debut in the fleet of Austria’s ÖBB national rails. They will have touch screens to manage the settings in the carriage, working tables, light, power sockets and, in case of luxury carriages, toilets and showers.

In the meantime private companies are providing the missing services for consumers that want luxury. The Belmond hotel group has announced that 2019 was a record-breaking year when it comes to luxury night train rides on the five-star Venice Simplon-Orient-Express train. Next year the company will add new stops on its European routes, including Amsterdam, Brussels, Florence and Rome. There will also be incredible suites with private marble bathrooms with showers, heated floors, art deco finishings and varnished wooded walls – it will be possible to book them for a one-day journey between cities such as Rome and Paris for EUR 6500 per person.