CSTO is not an alliance, but an instrument in Russia’s foreign policy toolkit 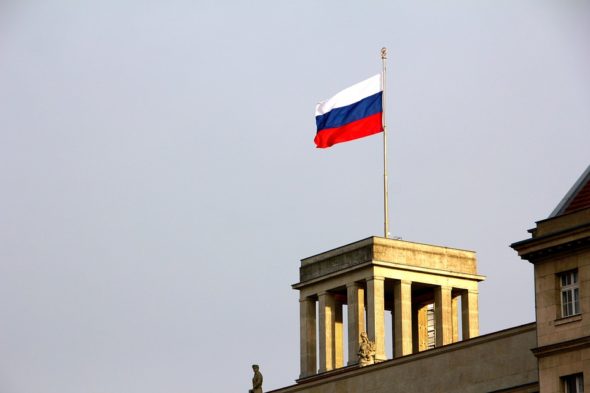 During the protests that broke out in Kazakhstan in early January, the attention of the global public opinion was captured by the CSTO – a military alliance whose forces entered this Asian state to help its government to ensure “stabilization”. What is CSTO? – asks Mariusz Marszałkowski, editor at BiznesAlert.pl.

During the early hours on the 6th of January, the Collective Security Council, the highest governing body of the Collective Security Treaty Organization, decided to invoke Article 4 of the Treaty on the Establishment of the CSTO, to send “peacekeeping forces” to Kazakhstan. These forces numbered 3.6 thousand soldiers from Russia, Armenia, Belarus, Tajikistan and Kyrgyzstan. Their main task was to secure key strategic facilities on the territory of the Republic and political support for the incumbent president of Kazakhstan, Kassym-Jomart Tokayev. The mission in Kazakhstan was the first operation of the organization, which is often called the Russian shadow of NATO.

CSTO stands for the Collective Security Treaty Organization (Rus. Организация Договора о Коллективной Безопасности – ОДКБ) and is a political-military alliance that unites a few members from the Commonwealth of Independent States. The CSTO itself was founded on October 7, 2002, but the foundations for its establishment were laid in the early 1990s. On May 15, 1992 in Tashkent, six countries, former Soviet republics – Russia, Kazakhstan, Uzbekistan, Tajikistan, Armenia and Kyrgyzstan signed the Agreement on Collective Defense (Rus. Договор о Коллективной Безопасности), also known as the Tashkent Treaty. A year later, three more countries joined the treaty – Azerbaijan, Georgia and Belarus. This treaty introduced a security mechanism in the event of an external aggression against its signatories. On the one hand, the goal was to create an atmosphere of trust between the members, and on the other a basis for expanding military cooperation. The provisions of the treaty entered into force after all members had ratified it, which happened in 1994. The treaty was signed for a fixed term of five years, but with the possibility of extension.

This eventually took place in 1999, but without Azerbaijan, Georgia and Uzbekistan. These countries created their own Organization for Democracy and Economic Development (GUAM).

In 2002, at a session of the Collective Security Treaty Organization in Moscow, the members decided to turn the alliance into a full-fledged international organization. On 7 October 2002, a Charter and an Agreement on the legal status of the CSTO were signed in Chişinău, which were ratified by all the member states, and entered into force on 18 September 2003. The organization’s structure corresponds to a political-military alliance. This means it has both civilian and military management.

The Collective Security Council, which is composed of the heads of the member states, is the highest body in the organization. The Council determines the fundamental issues the Organization will handle and makes decisions aimed at achieving its objectives and tasks. The Council also appoints the Secretary General of the Organisation. The Permanent Council of the CSTO is responsible for coordinating the cooperation between the member states during the implementation of decisions taken by the bodies of the organisation between sessions of the Council. The Permanent Council includes permanent and plenipotentiary representatives ,that are appointed by the member states in accordance with their national procedures, and act in accordance with the rules approved by the Council. The CSTO Joint Staff is the Organization’s permanent working body responsible for preparing proposals for the military component of the CSTO, as well as organising and coordinating the practical implementation of the provisions of the CSTO bodies on military cooperation.

Since 2008, the CSTO has had a coalition-based Rapid Reaction Force. Every member contributes troops to the force, which is capable of immediate deployment to perform tasks as part of a CSTO mandate. Russia has contributed the most troops, in the form of powerful airborne forces. The Rapid Reaction Force includes, among others, the 98th Guards Airborne Division from Ivanovo and the 31st Separate Guards Order of Kutuzov 2nd class Air Assault Brigade based in Ulyanovsk. These forces formed the backbone of the CSTO military operation in Kazakhstan.

However, the CSTO is primarily a counterweight to the North Atlantic Treaty Organization (NATO). It constitutes not so much a counterbalance in the actual sense, but an alternative in a political sense. According to Russia, the post-Soviet states should be members of the CSTO instead of expressing a desire to join NATO. The latest operation in Kazakhstan also showed that the CSTO will mainly fight against the “internal enemy”, instead of protecting members from an external invasion. From the Russian perspective, the CSTO is a tool for strengthening Russia’s position in the post-Soviet area, of which the intervention in Kazakhstan was a clear example. Thanks to the structure of the alliance, Russia can interfere in the internal affairs of the members of the pact without being accused of hostile intentions, and yet, it pursues its interests in the event of various political crises.

Thanks to their dominant position in the structure of the alliance, the Russians are also able to unify the organization, as well as equip and arm the armies of the members of the pact with products manufactured by their military industrial complex. This also gives Moscow an economic advantage over other states in the region that have decided to pursue close cooperation in the area of security. The operation in Kazakhstan has shown that politically this alliance responds well to threats, but it does so selectively. In the Kazakh case, Article 4 was used, which entails assistance to an ally state in the event of an external aggression. However, the unrest in Kazakhstan did not meet this criterion. The situation was different in the case of the battles for Nagorno-Karabakh, where Azerbaijan attacked Armenia, but for political reasons (probably due to diplomatic pressure from Moscow), Yerevan did not call the allies for help. This also shows that the CSTO is only one of many instruments in Russia’s foreign policy toolkit, and not a real functioning military defense organization.

PISM: Dilemmas in Russia’s policy towards Iran
SECURITY
The common goal of Russia and Iran is to limit the role of the U.S. in the Middle East. At the same time, the Russian authorities are afraid to help […]
More

Warsaw Institute: Russia’s S-300 in Syria – Shoigu vs. Israel
SECURITY
Bearing in mind Putin’s long-lasting attachment to correct diplomatic relations with Israel, especially in the context of the war in Syria, one […]
More