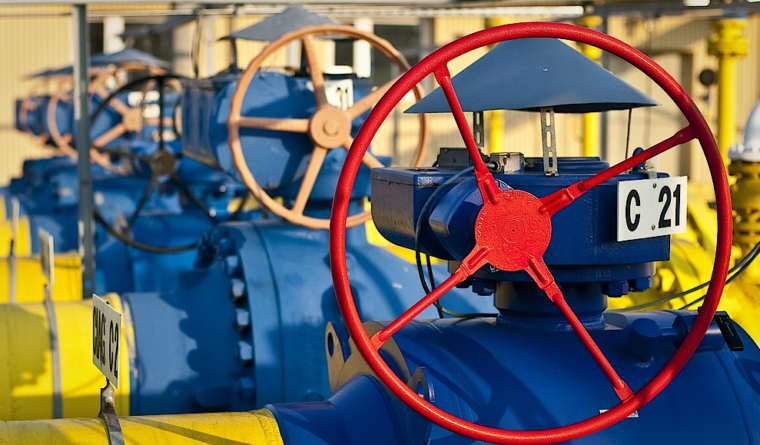 On the 14th of October this year, the European Commission adopted the EU methane strategy. The 21-page document provides a framework for an EU policy on decreasing the emissions of the second most important greenhouse gas in the 2030 and 2050 perspectives. Contrary to the fight against CO2 emissions, the EU may play a key role in reducing global methane emissions by using its position as the biggest importer of fossil fuels, mostly oil and natural gas. The first package of legislative proposals is expected to be revealed in June 2021 – Maria Olczak* writes.

After months of consultations and work, the Commission published an EU strategy, which targets emissions from agriculture, waste and energy. These sectors are responsible for 53, 36 and 19 percent of EU methane emissions respectively. Until now issues related to methane were regulated through effort sharing. However, since the EU has decided to accelerate its energy transition and achieve climate neutrality, it has to reduce not just carbon dioxide emissions, but also the pollution caused by the remaining GHGs, including methane.
Increasing the EU emissions reduction target for GHGs to 55 percent by 2030, means that methane emissions should drop by 35-37 percent in comparison to 2005, which is 6-8 percent more than if the 2030 target was 40 percent.

The data on methane emissions are very tentative because the sources of emissions are very scattered. Additionally, more often than not the reports provided to the UNFCCC secretariat are based on engineering calculations instead of direct measurements. This is why the strategy makes a priority of improving measurments and reporting of emissions in the EU.

To this end, the EC will support voluntary initiatives whose goal is to develop a comprehensive reporting system on emissions caused by companies that operate in all segments of the oil and gas sector. The Oil and Gas Methane Partnership (OGMP) Reporting Framework 2.0,, which is to be launched on the 23rd of November this year, is an example of such an endeavor. Ultimately, the OGMP methodology may be incorporated into EU regulations and expanded to encompass reporting on methane emissions from coal deposits, or abandoned oil and gas wells.

Moreover, the EC wants to use satellites to trace global methane emissions and locate large sources of emissions, the so-called super-emitters. Satellite data helped to locate a large gas leak in Turkmenistan, about which I wrote in my previous article. The final pillar of the strategy will be the establishment of the International Methane Emission Observatory in cooperation with the UN Environment Programme, the Climate and Clean Air Coalition and the International Energy Agency. The Observatory’s main task will be to regularly publish verified data gathered from various sources.

The EU methane strategy is also good news for biogas and biomethane producers. These fuels are to contribute not only to increasing the supply of renewable gas in the EU, but also to decreasing methane emissions from organic waste decomposition in agriculture and the waste sector. The role of biogas and biomethane in the decarbonization of the gas sector has been also acknowledged in the EU Strategy for Energy System Integration and in the hydrogen strategy.

The Commission estimates that the consumption of biogas and biomethane in the EU will increase 3 or 4 times – from 17 Mtoe (million tons of oil equivalent) in 2017 to 54-72 Mtoe in 2050. To achieve this, the EU executive wants to support the development of the EU biogas market by introducing relevant regulatory changes. This will involve the revision of the Renewable Energy Directive, which is planned for the second quarter of 2021, and a decarbonization package for the gas sector, which is to be published in the last quarter of 2021.
Reductions in the energy sector will be first in line

Decreasing methane emissions in the energy sector is believed to be the most cost-efficient move, which is why the legislative package that is to be adopted next June will pertain to this issue.

Apart from harmonizing the system that will monitor, report and verify emissions, which will probably be based on the OGMP methodology, the EC is to propose obligatory Leak, Detection and Repair programs (LDAR), which will force gas infrastructure operators to regularly monitor and fix gas leaks. LDAR programs are a broadly accepted method for limiting the so-called fugitive emissions from fuels, which can occur due to pipe corrosions or faulty valves. They have been introduced in Canada, Mexico and many states in the U.S., e.g. in Colorado.

Since these programs are an additional cost for the gas infrastructure operators, the EC wants to introduce recommendations to regulators advising them to allow LDARs to be calculated as allowed costs.

Apart from that, the Commission is to propose legislation on eliminating emissions from venting and flaring, except for instances where such practices are necessary due to security reasons.

One of the most interesting aspects of the strategy is its external dimension, which is based on multilateral cooperation as part of the UN system, as well as on bilateral relations between the biggest producers and consumers of fossil fuels.

The Observatory will have to handle is designing a methane supply index, i.e. a calculation that will show the scale of methane emissions caused by the import of fossil fuels to the European Union. According to the Environmental Defense Fund, an American NGO, emissions generated during the production and transport of fossil fuels to the EU may be three to eight times higher than emissions produced in the European Union.

The problem mainly pertains to associated gas, which is a byproduct of oil production. Considering the fact that gas prices are lower than oil prices, and in many cases the expansion of sufficient infrastructure for gas off-take, treatment and transmission cannot keep up with the development of new oil fields, oil companies prefer to flare or vent the gas.

Both practices are harmful to the environment, both take place in countries, which are often talked about in Poland in this context, those are Russia and the United States. The International Energy Agency estimates that Russia is responsible for 15.2 percent (12,361 kt) of global emissions from the oil and gas sector, while the United States accounts for 14 percent (11,377 kt).

If the Democratic candidate wins the upcoming presidential election in the U.S. and the regulations on reducing methane in the oil an gas sector are reinstated (which were reversed last August), it could help American companies to establish a reliable image and engage in methane emissions reduction efforts. In case of Russia, where laws on methane were introduced already in the 90s, the biggest challenge is posed by the reliability of data, both the ones provided by the state, as well as by individual companies. France’s recent decision proves that an increasing number of gas customers takes into consideration not just the price of the fuel, but also emissions generated during its production and transport.
Apart from that, the strategy also postulates cooperation with the biggest consumers of fossil fuels, i.e. China, South Korea, Japan, as well as the United States, Canada and Mexico, since these states agreed to a joint reduction target, i.e. limiting methane emissions in the oil and gas sector by 40-45 percent by 2025 and to adopt the necessary regulations.

Surprisingly, the strategy does not talk about closer cooperation with the EU’s main natural gas providers, which are Russia, Norway, Algeria and Libya.

Stefano Grassi, head of the Energy Commissioner’s Cabinet confirmed during a webinar organized by the Florence School of Regulation and the Environmental Defense Fund that the first comments about the strategy were “rather positive”. This pertains to the member states, as well as companies from the oil and gas sector – the big ones (BP, Shell, Equinor), and the smaller ones, including firms that cooperate as part of the Gas Infrastructure Europe and Eurogas.

However, the European Parliament and NGOs were rather dissatisfied with the proposal, which they deemed not ambitious enough, and criticized for a lack of a binding target, which would encompass imported raw materials as well.

It is worth pointing out that the legislative proposals on methane emissions in the energy sector are just one out of 12 initiatives in the 2021 Commission Work Program. In reality this is the biggest challenge for this initiative. Methane remains a rather marginal issue in the EU, despite the broad consensus among EU institutions, member states, the private sector, NGOs and scientists that its emissions have to be reduced for the Paris Agreement targets to be achieved.

*Maria Olczak – Research Associate at the Florence School of Regulation and a PhD student at the Queen Mary University of London. Her work focuses on the natural gas market regulations, integration of the power and gas sectors (sector coupling), barriers to the growth of the renewable energy market and methane emissions. Maria has a degree in European studies from the Warsaw University, and she graduated from the European Interdisciplinary Studies at the College of Europe in Natolin. She worked for the Polish Presidency of the COP19/CMP9 climate summit, that took place in Warsaw in 2013.

How will the new methane strategy influence gas supplies to the EU? (ANALYSIS)
Climate Policy GAS
While anticipating EU proposals to reduce methane emissions, it is in the interest of the gas sector to take appropriate steps as soon as possible to […]
More

The von der Leyen case demonstrates the growing importance of climate on the EU agenda
Climate Policy Environment
On Wednesday 17 July, the European Parliament held a debate to vote on Ursula von der Leyen’s candidacy for the position of President of the […]
More