Europe joins the US in a game for semiconductor sovereignty 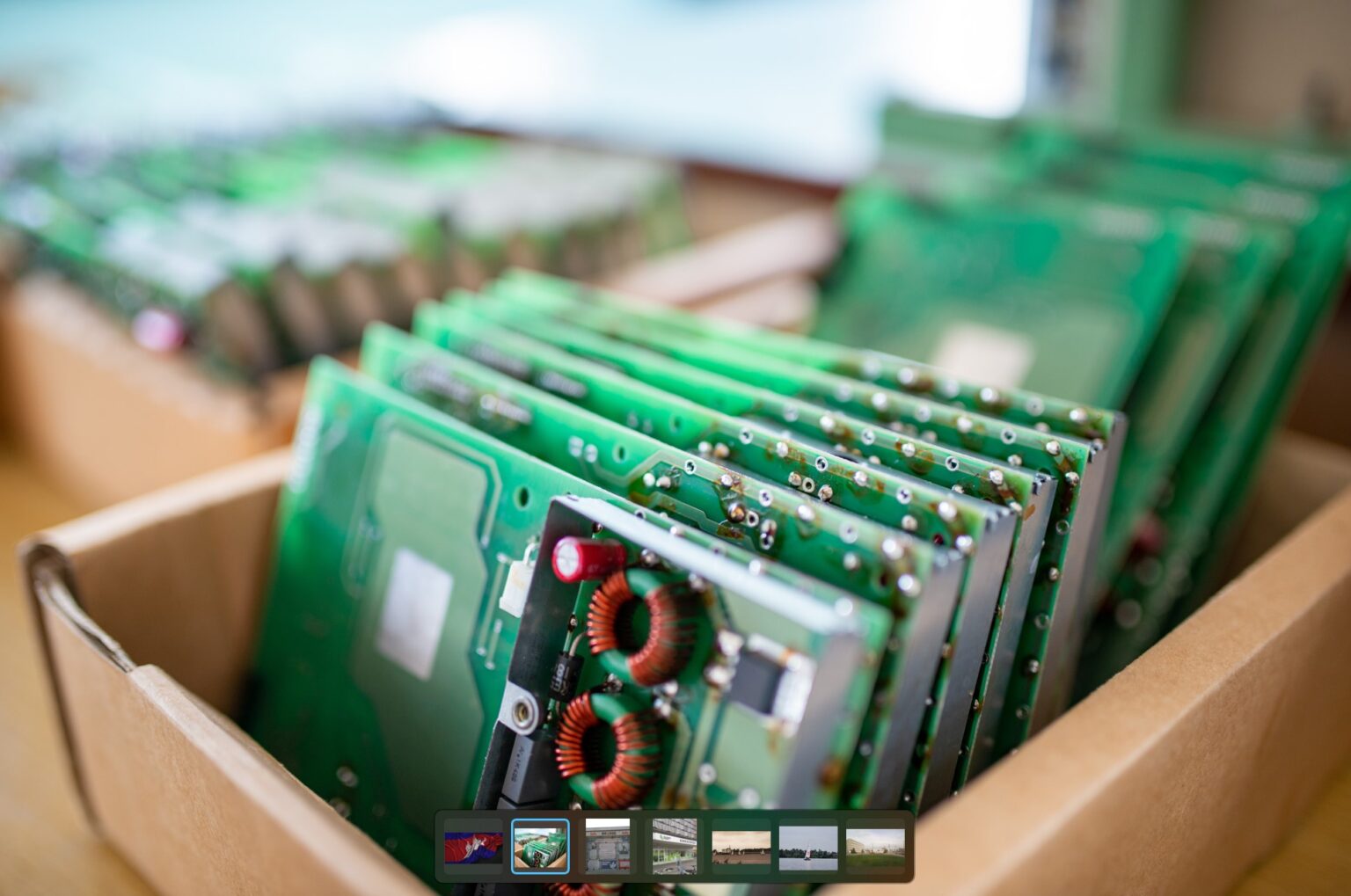 In recent days, the EU member states have agreed to implement a plan to accelerate their own production of semiconductors. The 43 billion euro agreement shows that Europe intends to follow in the footsteps of America. It will thus take the first concrete step in the fight against chip shortages and becoming independent of imports from China – writes Jędrzej Stachura, editor at BiznesAlert.pl.

The European Union has been talking about its own semiconductor factories for many months. The EU Chips Act, a document signed a few days ago, shows that Europe wants to follow in the footsteps of the United States. At the turn of July and August, America introduced the CHIPS and Science Act, a law aimed at strengthening the domestic market and the development of integrated circuit technologies.

Semiconductors are a component of almost all electronic devices around us, present in both home appliances and
more advanced circuits in cars or even military aircraft.

The US government wants to bankroll this plan with about USD 280 billion (ca. EUR 269 bn). The main point of the strategy (one of three) is to allocate USD 52 billion for the construction of factories and production units, including two billion for the production of chips for the automotive and defense industries. The other two are a 25 percent tax credit for investments in local manufacturing, and a USD 200 billion grant for research and development.

The United States pushed for a new law and efforts to increase local production after the coronavirus pandemic. At that time, there was a global shortage of chips, which many industries faced, including telecommunications and automotive. During the struggle against coronavirus, Americans, and perhaps most loudly senator Todd Young, more and more often mentioned the need to reduce dependence on “such distant countries” as South Korea or Taiwan. Production capacity in the US is currently a problem, with most plants already operating at more than 90 percent capacity. In September of this year, the United States recorded the highest ever level of chip imports from abroad.

The cure for these problems is to invite foreign (non-Chinese) companies to build factories in the country. Over the past few years, several well-regarded manufacturers have committed to launch operations in the US. Among them were such brands as Taiwan’s TSMC (is building a factory for USD 12 billion in Arizona) and South Korea’s Samsung (will build a production plant in Texas for USD 17 billion). It is also worth mentioning about SK Group (also from South Korea), which will invest USD 22 billion in America.

Europe is heading in the same direction

The European Union has an ambitious goal of reaching 20 percent of global semiconductor production by 2030 and spending 43 billion euros on it. While it is difficult to assume that specific investments will start before the end of 2023, many companies have already announced their desire to build new plants in Europe, including Intel, Global Foundries, STMicroelectronics and Infineon Technologies AG.

Why is the EU taking this issue so seriously? Global shortages of semiconductors resulted in shutdowns of factories, and this in turn revealed the strong dependence of the supply chain on a limited number of suppliers. According to the European Commission’s Chips Survey, the industry expects chip demand to double by 2030. This demonstrates the growing importance of semiconductors, which are needed by both industry and society.

The bill will invest in next-generation technologies and provide Europe-wide research tools for cutting-edge chips. According to its provisions, the European Union is to create a “more friendly” environment for start-ups and investors that would like to set up production facilities on its territory in the future. The legislation also introduces a point about “supporting talents” as well as other declarations that, at least at this point, are not very specific.

Currently, one of the most contentious issues among the member states is the use of funds. Those less developed may fear that the money will benefit big countries like Germany the most. In addition, it is no secret that the chip industry is energy intensive and Europe needs to adapt processes to the idea of the green transition and the goal of zero net carbon emissions by 2050. The EU will have to ensure that the recovery of the semiconductor industry does not come at the expense of the climate. However, it is difficult to find a threat here, because for years it has been implementing both projects as well as its policies, for example, through the use of renewable energy in production. Either way, the EU says it will seal the deal later this year.

So, we are witnessing the next chapter of the technology war, which we have been writing about on the BiznesAlert.pl website for many months. The temperature in this furnace is being raised by the increasingly strong position of China. It has also announced production reforms and more money for research into semiconductor technology, which is why both the Americans and Europeans need strong strategies to diversify supplies. Otherwise, they will continue to depend in part on China, which is now a major supplier of key electronics components.

America puts China in check by imposing harsher chip sanctions
Cybersecurity SECURITY
The technological war between China and the United States continues, and in the first half of October we saw another move on the chessboard. It was […]
More