Jakóbik: Fit for 55 or how not to throw the energy transition with the bathwater 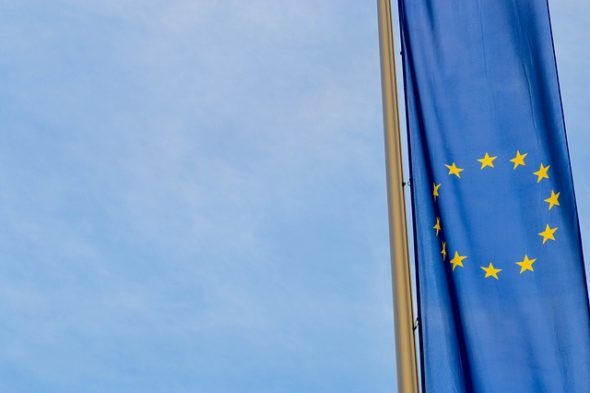 The Fit for 55 scheme is a radical proposal to rid the economy of fossil fuels, for which the poorest will pay if an additional support mechanism is not offered. If the EU climate policy doesn’t spread to its foreign partners, it will kill Europe’s economy instead of facilitating its innovativeness. Poland is planning to revise its energy strategy in 2023, right before the negotiations about Fit for 55 are expected to end in 2024. Perhaps these two developments should be coordinated – writes Wojciech Jakóbik, editor in chief at BiznesAlert.pl.

The contents of Fit for 55

Additionally, in the final quarter of 2021 changes to the Energy Performance of Buildings Directive (EPBD) and the Third Energy Package are to proposed in order to regulate the decarbonization of the gas sector. The methane strategy and solutions for fighting methane emissions are to be revealed in the coming months. The measures presented by the European Commission include, among others, new duties that will hike up the prices of energy and fuels from fossil sources.

A helping hand for the poorest

The Polish Economic Institute (PIE) together with the European Roundtable on Climate Change and Sustainable Transition and Cambridge Econometrics has calculated that reducing CO2 emissions by 50 percent in the construction and transport sectors will be possible if the emissions allowance prices reach EUR 170 per ton in 2030, which will cause an increase in household bills of EUR 1.112 billion between 2025 and 2040. The poorest people will see their transport cost raise by 44 percent and heating bills by 50 percent. This is why PIE has called for developing tools for a just energy transition that will support the poorest people in the process, and for promoting new technologies quicker thanks to the Modernization Fund and the Innovation Fund, as well as for a concessionary fare in the EU ETS for its poorest participants. The Social Climate Fund will have a budget of EUR 72.2 billion between 2025 and 2032, out of which Poland could receive EUR 12.7 billion. This is a good starting point, but is also not very impressive when compared to the costs of transition calculated by PIE.

The lack of adequate measures to support those economies that rely on fossil fuels the most may permanently impair their competitiveness by creating barriers that will make a successful energy transition impossible. A good example of how this problem manifests itself in the Fit for 55 package is the fact that the scheme puts limitations on gas technologies at a time when entire Central and Eastern Europe, as well as Germany are running their energy transition on natural gas. An intermediary solution is crucial to make it possible to use the necessary minimum amount of this fuel, and promote a quicker transition to renewable technologies. In case of Poland, nuclear power is to be the driving force behind decreasing the dependence on gas, but hydrogen, energy storage and energy efficiently are to make a similar impact. While Fit for 55 will perhaps exclude the bankrolling of gas, it will not rule out the above technologies.

If the Fit for 55 climate package does not change the way EU partners act, it will decrease the bloc’s competitiveness, instead of making it more robust. This is why the package includes CBAM, which is to lay the groundwork for a global CO2 emission tax. Brussels wants to convince its foreign partners, especially the US, to support this idea. The revenue from the CBAM is estimated at EUR 9 billion by 2030 and it is to bankroll the ongoing energy transition. The tax will be levied on the aluminium, cement, fertilizer, energy, steel and iron sectors. The cost will be related to the CO2 emission allowances prices in the EU ETS, unless the provider introduces their own ambitious climate policy. This is how the European industry will be more competitive than in other parts of the world. However, some question the compliance of these proposals with the World Trade Organization regulations, especially when it comes to the free EU ETS allowances given away in Europe, a scheme supported by Poland and other members.

The Europe Reform think tank has estimated that the CBAM will undermine the most, countries such as China and Russia, which may question this measure at the WTO. The CBAM will not undercut methane emissions that will be regulated by a separate set of laws, a development welcomed by Americans. The CBAM will be easier to handle if, in line with what the politicians claim, the US will increase its climate policy ambitions. The EU climate policy will be successful if China and Russia follow in Brussels footsteps. The Wall Street Journal has recently reminded that the Russian aluminium exporter Rusal already wants to carve out the most emission generating assets and transfer them to a separate company in order to decrease its vulnerability to climate regulations. China announced a pilot emissions trading system, whose scale is a lot smaller in comparison to Europe’s, but is an attempt at adjusting to the new reality. If China and Russia do not introduce real solutions to their climate policies, Fit for 55 and especially CBAM will bear the costs of importing these products to the European Union, i.e. the costs of all Chinese production and Russian raw materials. If the methane strategy is not turned into a whip to crack LNG from the US, as lobbyists from Gazprom who argue for the “clean gas” from Nord Stream 2 would want to, the US climate policy may lead to a situation where the new climate package will bring the European economies closer to America. However, if in the end the EU climate protection efforts will not make any difference in other economies, they will still undermine the competitiveness of the European industry. The assumption is that everybody will follow in Europe’s footsteps, in line with the Paris Climate Agreement, while Fit for 55 will promote green technologies that are becoming the specialty of the Old Continent allowing it to compete against others.

Poland should pick its battles carefully

Poles can bet on the fact that they will be treated with understanding during the Fit for 55 negotiations, which are to last even until 2024. However, they should not focus on protecting the status quo by promoting the gas sector, instead they should aim for using the new money to speed up their energy transition with new technologies, including nuclear power, hydrogen and energy storage. If Warsaw focuses all of its efforts on defending gas, it will have to make concessions in other areas. Poland needs to continue initiatives to promote its point of view in Brussels, such as the already known discussions about the EU ETS and nuclear power. The result of the Fit for 55 discussion may make or break the competitiveness of the Polish and European economies. If the EU climate policy fails to go global, it may kill the Old Continent’s economy instead of making it innovative. The final conclusion is that Poland should already start revising its strategic documents to address the new climate policy ideas. Poland is planning to revise its energy strategy in 2023, right before the negotiations about Fit for 55 are expected to end in 2024. Perhaps these two developments should be coordinated.