Górka-Winter: A NATO operation in Ukraine would be a problem, but the UN could step in (INTERVIEW) 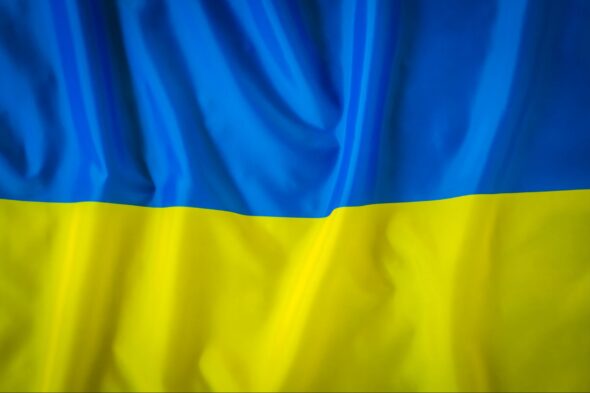 “The presence of the alliance by the Dnieper would be controversial not only for political reasons, as it could spill the conflict over to its territory, but also because of the military difficulties, problems with establishing leadership and the de facto assumption of the duty to defend Ukraine,” says Beata Górka-Winter. “This responsibility should be taken by the UN with the participation of states that agree to send troops to Ukraine. There aren’t any formal obstacles to doing this, ” she adds.

BiznesAlert.pl: Should NATO impose a no-fly zone over Ukraine?

Beata Górka-Winter: NATO is a regional organization, and it has defense plans for its members. If any country is not a member, then there are no plans for it. This is why Poland has long sought Ukraine’s membership in the Alliance, which would entail the preparation of defense plans for it. It would be up to them to get the operation up and running. It’s not easy to suddenly start a long-term conventional operation without a good preparation. We must support Ukraine, which is doing very well against Russia, but we cannot enter this conflict in a flash. There is a high risk of NATO becoming bogged down in this conflict, as has been the case in many of the operations in which NATO has chosen to engage. It is worth recalling that the US was stuck for several years in Afghanistan, which unfortunately ended in a failure. The presence of the alliance by the Dnieper would be controversial not only for political reasons, as it could spill the conflict over to its territory, but also because of the military difficulties, problems with establishing leadership and the de facto assumption of the duty to defend Ukraine.

Can we count on the UN, then?

The discussion about the UN getting involved in the conflict in Ukraine is fraught with many misunderstandings. In the event of an aggression of one state against another, it is the UN’s duty to respond. The Security Council is obligated to take appropriate action. It is not entirely true that the organization has its hands tied by the fact that Russia is a member of the Security Council. There are provisions in treaties that make it possible to pursue peaceful solutions to disputes, where the votes of all UN members count, and decisions are made by vote. Russia can be left out of this vote, but the bigger problem is China, which to this day does not regard the attack on Ukraine as a war and uses the term “military operation”. China knows perfectly well that if it calls the Russian aggression by its name, then the work of the UN will go in a completely different direction. It is not that Beijing supports Moscow so much, rather it is afraid of a similar intervention of western countries on its territory in the future, for example, to protect the Uighurs in Xinjiang. The human rights violations against Uighurs meet the criteria for an international intervention. Nevertheless, pressure should be exerted on China to change its position.

Is a peace keeping mission the only possibility on the table?

Nowhere does it say that the UN can only send peacekeepers. Blue helmets could enter in the event of a ceasefire in Ukraine and guard the agreement. However, article 42 of the UN Charter states that if the measures in the form of sanctions against the aggressor do not bring results (such as the interruption of communication and economic and diplomatic cooperation), carrying out military action necessary to restore peace and security is allowed. Military operations are also an option. We are used to an image of the blue helmets being without a mandate for armed struggle, but the provisions of the charter allow the use of force if necessary. The UN Security Council can and should have started work on such a mission in Ukraine long ago. The civilian population is suffering, there are huge human losses.

What should the UN do?

The UN cannot stand idly by while the Russian army acts in violation of all conventions, including the Geneva Conventions. Observers and a special envoy should have been sent to Ukraine long ago. The Security Council may ask certain states, some of which have already expressed an interest in military support, to form a contingent to protect humanitarian corridors. The UN should assume such responsibility with the participation of states that agree to send troops to Ukraine. There are no formal obstacles to this. All the major military operations – Afghanistan, Libya, post-factum Iraq – were originally UN operations. It was only after a while that the UN turned to various organizations, like NATO, to take over the command of the operation. One can imagine a scenario where the Alliance will provide the UN with the infrastructure, including military command.

We should not give the impression that the only organisation ready to act in Ukraine is NATO. For obvious reasons, its presence in Ukraine will be politically controversial. The alliance is also not involved in the Middle East, apart from training missions in Iraq. Regional organisations and the UN are there to meet these challenges. If the UN does not implement the mandate set out in the Charter of the United Nations, it will be permanently marginalised and will cease to be the main organisation responsible for international peace and security. This could lead to further conflicts, for example between India and Pakistan, if there is no longer an organisation with stable authority and international legal instruments to settle disputes.

It also remains to be decided how, if need be, action should be taken without a UN mandate, in the formula of a “coalition of the willing”. Russia carried out the operation in Kazakhstan, and only notified the UN about the involvement of the Collective Security Treaty Organization. These were illegal activities. Russia has set a precedent there, and its troops fought civilian protesters. If the “coalition of the willing” arrived in Ukraine to protect civilians and block the sky, the rationale for such a mission would be stronger. Today there are only transfers of weapons and mercenaries, without a formal mission. Unfortunately, none of the western states also expresses the will to become the leader of such an operation, and the United States clearly emphasizes that it does not intend to send its troops to the territory of Ukraine.

How much time do we have?

Even the air force itself would have a major qualitative impact. Ukrainians are doing well on land, although over time it will become more difficult for them. Attacks from the Black Sea or on industrial infrastructure show that Russia intends to destroy Ukraine and level its potential. Some Russian missiles, especially cruise and hypersonic, bypass the anti-aircraft defense. If Russia reaches for such an arsenal, the critical infrastructure in Ukraine, including the supply of weapons from the West, will be destroyed more and more effectively. The conflict is entering a new phase. We cannot be sure that Russian missiles will not hit targets in Poland, even accidentally. It is time to act and double or even triple the security of Ukraine and the eastern flank of NATO.