Huawei is not playing around… and resorts to censorship? (COLUMN) 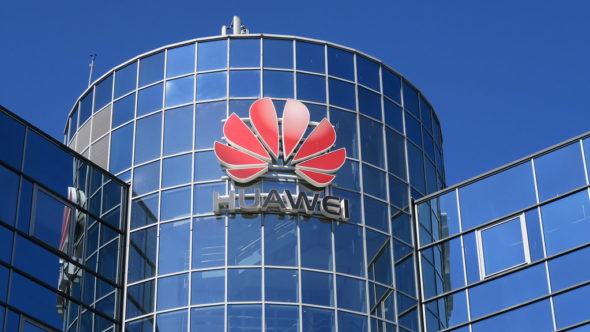 Censorship is a nasty tool, certainly unworthy of our times and far removed from European standards. Is Huawei, which is trying to grow on the European market, using it to block articles on Polish websites? – asks Jędrzej Stachura, editor at BiznesAlert.pl.

If one wants to be active on a foreign market, they must take into consideration many variables, that their domestic market might have been free of. In such situations, the stranger will always be treated with some reserve. Huawei is just such a newcomer, so it needs to base its marketing not only on customer relations, but also on relations with the states themselves. The Chinese giant, quite popular in Poland, but also embroiled in various scandals, is forced to flee from criticism increasingly often. While Robert Lewandowski on a billboard evokes positive emotions, even he may not be enough to build trust.

Since May 2020, Huawei has been blacklisted by the US government. The then US President Donald Trump signed an executive order prohibiting the company’s operation in the States out of concern about the its cooperation with the Chinese government. A month later, the US Department of Defense released a report, which said that Beijing cooperated with Huawei on developing military technologies and research projects. It got even more uncomfortable, when Reuters wrote about the company’s ties to the Chinese People’s Liberation Army.

The chaos in the relations between the US and Huawei started when the company’s director Meng Wanzhou was detained and accused by the US of fraud. Today, after three years in detention, Wanzhou had admitted to manipulating the company’s business transactions in Iran, and was released from the house arrest in Vancouver to return to China.

Interestingly, on September 26, the day after the long-awaited departure of Wanzhou, two US citizens Victor and Cynthia Liu, who since 2018 could not leave the PRC, returned to the United States. The freed Americans are the descendants of one of the former leaders of the Chinese Bank of Communications, Changming Liu. Even though charges were not brought against Victor and Cynthia for three years, they couldn’t go back to their country.

In other words, while Huawei denies links with the authorities in China, immediately after the release of one of the company’s directors, Beijing releases two civilians with American citizenship. I’m sure we’ll hear again that these cases should not be linked. In today’s world, any information can be called fake, and the truth can be hidden under a pile of garbage. We don’t trust the media, institutions, politicians or even doctors. We choose our own sources on the internet and then pick a side.

Of course, the whole issue of the Chinese company should not be looked at from one point of view. We cannot look at Huawei only through the prism of the information we receive from the Americans. However, the company is not helping itself. It usually does not comment on the allegations made by such important institutions as the Defence Department, or provides a short and vague answer.

It is worth citing an example of Huawei’s influence in the Polish backyard. In June, investigative journalist Piotr Nisztor reported on the start of a trial of two men who appeared before the Warsaw district court on charges of espionage for China. One of them is the former director of Huawei Weijing Wang, who, according to the documents cited by Nisztor, was supposed to have enlisted… a Polish, former employee of the Internal Security Agency (ABW). According to the court documents, “Wang for more than seven years spied for China, trying to strengthen the ability of the Chinese company to influence the Polish government”. According to the materials collected by the ABW, Huawei’s manager for Poland was an undercover intelligence officer. The case is ongoing, and both men are facing up to 15 years in prison. Did Huawei comment on this matter? I admit, I did not find any statement online, maybe I didn’t look hard enough. However, if such a comment exists, it is rather difficult to find.

Huawei’s PR has a lot of room for improvement and the company has an unorthodox approach towards some issues, which we witnessed when two of its employees were punished for a tweet. On the 31st of December 2018, New Year’s wishes appeared on the company’s Twitter profile. Everything would have been fine, if not for the fact that the tweet had been sent from an iPhone and such an annotation appeared below it. The managers did not like this and punished the inconsiderate employees. Typically, companies with such large numbers of followers try to turn similar mishaps into a joke. This time it was different, the employees were demoted, fined and the tweet, of course, replaced. The BiznesAlert.pl newsroom has unofficially learned that there have been attempts at blocking articles critical of Huawei in the Polish media. Xiaomi is on the other end of this spectrum. Recently, the company has had an elegant reaction to the reports in Lithuania, which has positively contributed to its image.

Huawei should prioritize building up its image. In my opinion, this is the element that is failing there, both in Poland and across Europe. The company has taken some punches recently, but it hasn’t exactly given us reasons to like it. Huawei, let’s talk!

New year, same old Huawei. What new year’s resolutions will Poland make?
Cybersecurity SECURITY
In 2020 Huawei was struggling with bad press and distress over its position on the market. One by one, countries from all over the world chose sides […]
More