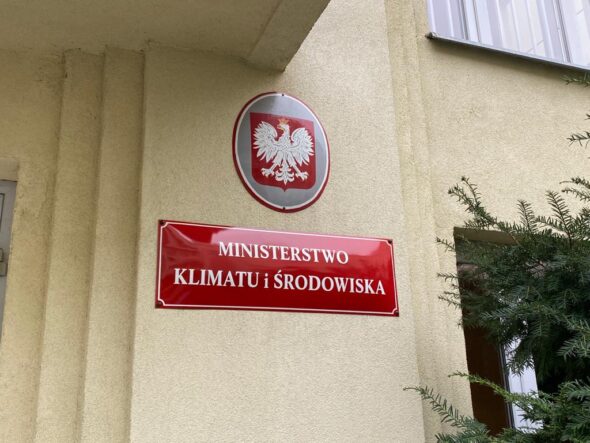 What goes on in Poland on the 14th of May.

MKiŚ: Speculation could have caused the increase in the prices of CO2 emission allowances

The prices of CO2 emission allowances have reached approx. EUR 55 per ton. Yesterday they dropped to 54 euro, which will mark new market lows for this instrument. In response to BiznesAlert.pl’s questions, the Ministry of Climate and Environment (MKiŚ) emphasized that although market and legal circumstances undoubtedly influenced the increase in prices, they do not justify such a sharp and significant increase. “Due to the fact that emission allowances are financial instruments, we do not rule out that the additional nature of these increases is speculative,” Ministry of Climate and Environment said.

In the commentary for BiznesAlert.pl MKiŚ stressed that the more ambitious requirements related to the environmental policy, in particular the climate policy and the related upward trend in the prices of emission allowances, are issues that are known to the participants of the emission allowance market. The prices of emission allowances have been systematically increasing for several years. The ministry emphasizes that the price hike in the last few months was significant, which could be caused by many factors. “First of all, it should be taken into account that 2021 is the first year of the new trading period under the EU ETS, in which the new rules of operation come into force. In addition, the settlement of emissions for the previous year could only be made with the use of emission allowances issued before 2021,” the Ministry explained.

ILF: The nuclear power plant in Poland will be later and smaller than assumed in the energy strategy

“Energia od nowa” (Energy from Scratch) – the report on Poland’s energy transformation prepared by ILF Consulting Engineers Polska emphasizes the important role of gas, offshore wind energy and nuclear power in achieving climate neutrality. However, according to the authors, the nuclear power plant will be built later and will have a smaller capacity than what the official energy policy states.

The report states that the transformation of the Polish energy industry is a difficult challenge, mainly due to the significant – currently reaching 70 percent – dependence on solid fossil fuels. It makes the wholesale price of domestic electricity the highest in the EU, and exceeds the European average by 50 percent.

The latest research from Harvard University and University College London shows that about 90 thousand people die in Poland as a result of air pollution, almost twice as many as estimated so far. Analysts emphasize that investments in wind farms, nuclear energy and distributed renewable sources, mainly photovoltaics, which – with approx. 1,600 hours of sunshine a year – have significant, still underestimated room for growth in Poland.