Jakóbik: The Concert of Powers around Nord Stream 2 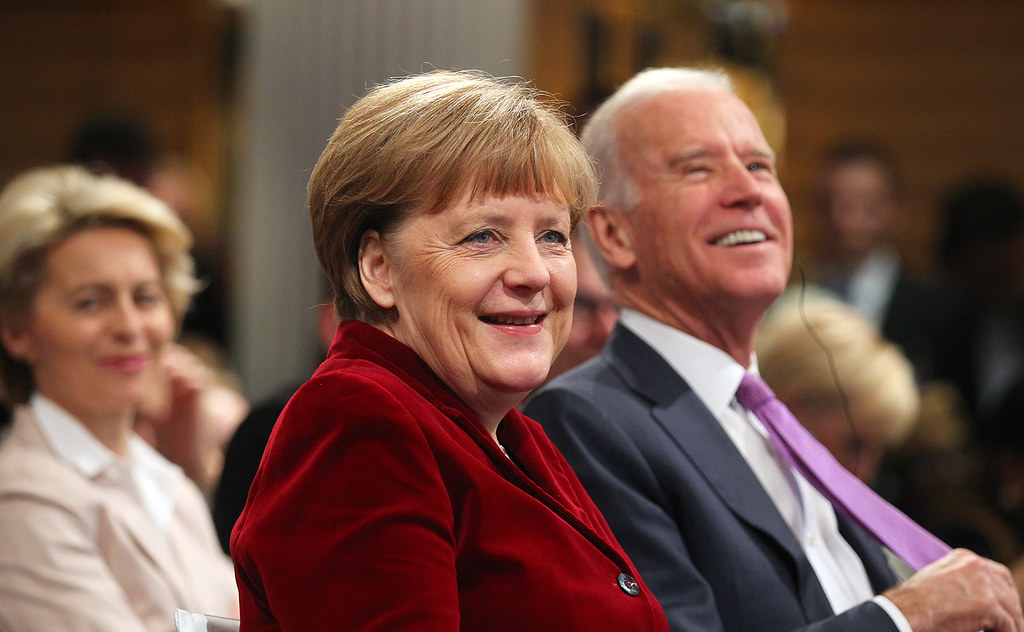 If it turns out that it is indeed impossible to stop Nord Stream 2, specific measures should be introduced to make its usage dependent on Russia’s conduct. However, instead a Concert of Powers type of a situation is emerging with disturbing signals about silencing the countries that are against it. Poland and Ukraine have to be united in their criticism of this deal and undermine the efforts to make this issue more about anti-corruption reforms and democratic values than the pipe itself – writes Wojciech Jakóbik, editor in chief at BiznesAlert.pl.

“The Germans have put forward useful proposals and we have been able to make progress on steps to achieve that shared goal, again that shared goal being to ensure that Russia cannot weaponize energy flows,” Ned Price, spokesman for the US State Department, said. “We don’t have the final details to announce yet, but I expect we will be able to tell more soon,” he added. According to the Wall Street Journal, the parties are closing in on the deal, and some of the paper’s informants claim it will be officially announced on the 21st of June.

What will the Nord Stream 2 agreement include?

“Announcing, signing and implementing the agreement are three different issues,” Reinhard Buetikofer, member of the German Greens Party and critic of the gas pipe between Russia and Germany, reasonably pointed out. The media have reported a lot about the deal between Berlin and Washington on the contentious gas pipeline, and the news is worth recapitulating. Reportedly the agreement has four points.

According to Politico, Americans reportedly asked Ukraine not to criticize the fact that they intended to let the contentious Nord Stream 2 to be completed as part of the deal with Germans. Four independent sources have revealed this news. Allegedly the US warned that public criticism of the deal with Germany on Nord Stream 2 would undermine the bilateral relations between Kiev and Washington. Joe Biden’s administration has also reportedly asked Ukrainians not to discuss the topic with the Congress, which is critical of the White House approach to this problem, irregardless of the party colors.

The deal on Nord Stream 2 is negotiated bilaterally between the US and Germany. The latter state appointed itself as the representative of the entire European Union, promising EU sanctions on behalf of the entire bloc, but also stepping into the shoes of the European Commission, which has decided not to protest against it. There are also periodical consultations with Russia. Reportedly John Kerry, the United States Special Presidential Envoy for Climate, took part in such talks behind the scenes, while the German Foreign Minister Heiko Maas was more open about his involvement. The bad aftertaste caused by these meetings has not gone away after the talks Poland and the US held with Derek Chollet, Counselor of the United States Department of State in Warsaw and Kiev. The rank is lower, and the talks about Nord Stream 2 that are considered a carrot are accompanied by a stick in the form of anti-corruption reforms by the Dnieper and democratic values by the Vistula. It is a shame that neither Berlin nor Washington are as engaged in fighting against Russian aggression, as they are in scolding Central and Eastern European states. Such an approach brings to mind the Concert of Powers from the past, the Munich appeasement from 1938 and the assurances from the Budapest Memorandum from 1994, which collapsed when Russia attacked Crimea, as it was supposed to guarantee territorial integrity for Ukraine in exchange for it getting rid of post-soviet nuclear weapons. The Concert of Powers around Nord Stream 2 will undermine the Transatlantic and European cooperation, give arguments to anti-American, anti-German and anti-European movements in Central and Eastern Europe. It is an invitation to Moscow to continue being aggressive, which may happen already this winter, because it looks like it is purposefully limiting the amount of gas on the European market before the heating season to use the gas scarcity as an argument for starting deliveries via Nord Stream 2. If the construction will end in August, the commissioning of the pipe will be another bone of contention.

The media are claiming that the unclear wording around the Nord Stream 2 deal will hide the true plan from Vladimir Putin, but on the other hand it may also allow Germany to avoid responsibility for its implementation and ambiguous language. The proposal made by the US and Germany does not deserve Poland’s and Ukraine’s support. It should be criticized until it is revised in a way that will benefit them: more money, more specific commitments, a mechanism that will reduce the impact of Nord Stream 2, and a list of specific sanctions in case Russia abuses its position.

The dispute over Nord Stream 2 needs to be made simpler

The dispute over democratic values in Poland, i.e. the judicial reform or the bill that may take a jab at the TVN channel, allows the US and Germany to glue these concerns to the dispute over the Nord Stream 2 gas pipeline, even though they are in no way related to this problem. The same issue cripples communication with the European Commission, which should represent the European Union during the talks with Putin, instead of the self-appointed Germany. The same applies to the obstacles anti-corruption reforms in Ukraine are facing, including the controversial changes at Naftogaz. Kiev and Warsaw should continue to coordinate their policy against Nord Stream 2 to limit the negative impact of the deal in question. The countries should use the fact that Nord Stream 2 is criticized by the two major American parties in Congress, and continue their lobbying efforts against Putin’s pipe there in spite of the pressure from the White House not to do so. And that is what they actually did with an announcement that Kyiv and Warsaw reject Nord Stream 2 deal made by USA and Germany.

Polish and Ukrainian ministers of foreign affairs Zbigniew Rau and Dmytro Kuleba have rejected a Nord Stream 2 deal made by USA and Germany.

The decision to build Nord Stream 2 made in 2015 mere months after Russia’s invasion and illegal annexation of Ukrainian territory, created security, credibility and political crisis in Europe. Currently, this crisis is significantly deepened by the resignation from attempts to stop the launch of the NS2 gas pipeline. This decision has created political, military and energy threat for Ukraine and Central Europe, while increasing Russia’s potential to destabilize the security situation in Europe, perpetuating divisions among NATO and European Union member states – they write.

Each credible attempt to cover the security deficit must take into account its negative consequences in three areas: political, military and energy. Such an attempt shall also have a democratic dimension, that assumes talks with governments of the countries most affected by the negative effects of NS2 at the stage of reaching an agreement. Unfortunately, the hitherto proposals to cover the resulting security deficit cannot be considered sufficient to effectively limit the threats created by NS2. We call on the United States and Germany to adequately address the security crisis in our region, that Russia is the only beneficiary to – state Rau and Kuleba.

– Poland and Ukraine will work together with their allies and partners to oppose NS2 until solutions are developed to address the security crisis created by NS2, to provide support to countries aspiring to membership in Western democratic institutions, and to reduce threats to peace and energy security – they conclude.