Józefiak: We should do more than just replace our fossil fuels dealer (INTERVIEW) 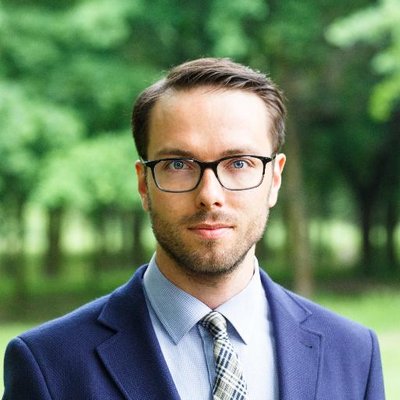 Climate policy has never been so prone to growth, and despite many changes it has become the last resort for many reasons. History shows that a well-conducted climate policy can succeed and overcome a crisis. Can we repeat that considering the political divisions and the Russian aggression on Ukraine? – Marek Józefiak, spokesman for Greenpeace talks to BiznesAlert.pl. “It is important to make sure that changes in our economy will not end with replacing our dealer of fossil fuels,” he says.

BiznesAlert.pl: The Montreal Protocol has prevented the release of the harmful freon into the atmosphere, and has become an example of a successful climate policy. Why did it work?

Marek Józefiak: The Montreal Protocol is an international pact that has been the most successful environmental agreement to date. How come? First – social awareness. Scientists started to report about the problem in the 70s and mid-80s, and it was the most important environmental issue in the world at the time. Awareness among politicians, regardless of their political affiliation, has also increased. The second important reason was health. UV radiation, which, due to the depletion of the ozone layer, reaches the surface of the earth in greater intensity, influenced the increase in the incidence of skin cancer. Finally, the problem of protecting the ozone layer was not as entangled and complicated to solve as climate change. Thanks to the Protocol and the ensuing technological change brought about by the ozone layer, it should rebuild itself by the end of this century.

This is also one of the first problems that Greenpeace helped to solve. How?

This was quite a rare situation in which an environmental organization has not only contributed to spreading the word about the problem, but also to solving it. In the 80s we ran campaigns targeting governments and big chemical companies to get freon off the market. In the early 90s Greenpeace gathered a group of engineers who were given the task of developing an environmentally friendly refrigerator. This is how the GreenFreeze technology was created, which did not emit freons. Within three weeks, we managed to persuade tens of thousands of people to sign up for a refrigerator, which no one has seen with their eyes, because it has not yet been produced. Over the next year, almost all European home appliances manufacturers used this technology.

What do you think of the success of the European Union’s climate policy so far?

The creation of the EU Emissions Trading System is certainly a major achievement, which has had concrete effects in terms of reducing CO2 emissions in the energy sector, and is being tested in other countries around the world. It is also a success that climate policy has become a central policy of the European Union. It was born as a sectoral policy, which was supposed to solve problems point-by-point. It had a clear, economical pedigree. The countries that started in the field of environmental protection did not want to lose their competitive edge, so they preferred to have these different issues harmonised at the community level. Today, climate policy is like an umbrella. It covers almost all sectors, from agriculture and forestry to industry, energy and transport. However, the scale of the challenge before us means that within the next decade there should be a revolution in the EU.

I would name three factors. First, the existing paradigm of GDP growth. Climate policy is still about green economic growth, but nevertheless economic growth. Therefore, in order to meet the climate targets, we should consume less, not more all the time. The first step to get out of this consumption vortex is to move away from the GDP as a key measure in our political and economic life. Secondly, the fossil fuel lobby is a huge stumbling block. Politics naturally seeks to maintain the status quo, and the fossil fuel lobby has for many decades been one of the most powerful industries, often directly influencing politicians. This can be seen not only in our country, but also in Australia and the USA. And finally, the third thing is the lack of political courage. There is a lack of policy visionaries who are able to derive policy from the business as usual scenario. Climate protection does not require miracles from politicians, only that they treat the climate crisis as a crisis, and this is still lacking.

What do you think are the prospects for meeting the objectives of the Paris Agreement?

If we do not deviate from the trajectory of the increase in greenhouse gas emissions that we are currently seeing in connection with the recovery of the economy after the pandemic, we will certainly exceed the assumed threshold of 1.5 degrees Celsius. However, let us remember that each successive degree of warming will be worse for us, so we must do everything possible to keep the warming to the lowest possible level.

For years now, Russia has been trying to throw a spanner into the works of climate policy. This can also be said about other major players, like the already mentioned Australia or the United States, where the fossil fuel lobby is very strong. The best defence against authoritarian forces such as Russia is to become independent of fossil fuels. Over the past 20 years, Poland has transferred more than PLN 900 billion to the Kremlin’s coffers in exchange for oil, gas and coal. At present, we are finally cutting ourselves off from Russian fuel, but this year we are still the sixth largest importer of Russian energy raw materials, larger than India, France or Japan. It is important to make sure that changes in our economy will not end with replacing our dealer of fossil fuels. It is clear as day that the Russian aggression will decisivly speed up the energy transition.

Nuclear energy will not cook fish in Poland
Energy Environment Nuclear
As long as there is no nuclear power plant in Poland, the discussion about it is full of myths that should be debunked before construction starts, […]
More