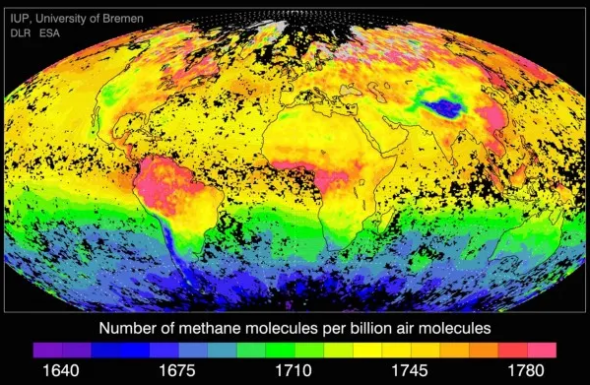 – CO2 is the greenhouse gas contributing the most to global warming, but methane is the second biggest source. To put it bluntly: CO2 defines how much our planet will warm, and methane decides how quickly this will happen. Methane is much more powerful than CO2, but has a half-life of approximately 12 years in the atmosphere, being broken down to CO2. On a 20-year-timeframe, methane is more than 80 times as powerful as CO2. Therefore, tackling methane emissions fast will buy us time for climate change adaptation – said Jutta Paulus

We asked her if the European Union’s methane strategy could contribute to the development of CCS (Carbon Capture and Storage) technology. – The methane strategy aims – primarily – to reduce fugitive methane from the power sector, namely the oil and gas extraction and distribution. Therefore, CO2 capture and storage is not part of the methane strategy. CCS could be stimulated, on the other hand, by the hydrogen strategy. Decarbonisation of hydrogen produced from methane would need massive investment in carbon capture and storage. It is questionable, though, whether this investment should not rather be directed into green hydrogen produced from renewable energy instead – Paulus assessed.

We asked the MEP whether, in her opinion, the methane strategy and limiting the escape of methane from wells would limit oil and gas production, e.g. In Norway. – Assumingly, Norway’s oil and gas production will not be affected by regulatory action on methane leakages. The Norwegian oil and gas production is already very advanced when it comes to prevention of leakages. It is much more important to have an international approach on this issue, as most fossil gas is imported from outside the European Economic Area. For the corresponding methane emissions, the Commission is promoting a monitoring, reporting and verification scheme, preferably at UN level. From these numbers, a methane supply index could be set up, so that customers can choose a responsible provider. Eventually, there could be import restrictions for producers who do not take responsibility for their emissions. Thanks to satellite data, this can be easily monitored – said Jutta Paulus.

The von der Leyen case demonstrates the growing importance of climate on the EU agenda
Climate Policy Environment
On Wednesday 17 July, the European Parliament held a debate to vote on Ursula von der Leyen’s candidacy for the position of President of the […]
More