Legucka: Russian society supports the special operation, but not a war (INTERVIEW) 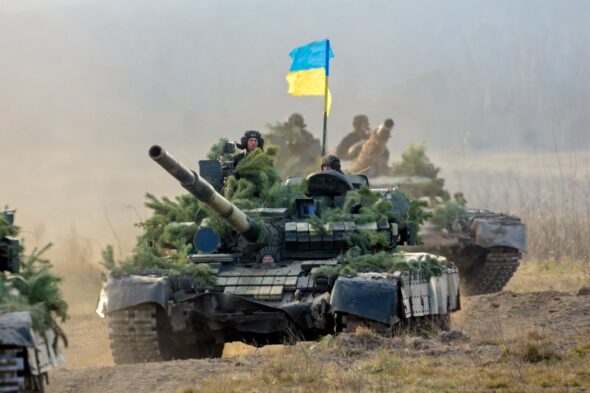 In my opinion Putin’s speech was aimed at reassuring the Russian society that there will be no full mobilization of the state, or a declaration of war on Ukraine. The public does not want this, and Putin is in a sense limited by this reluctance, says Agnieszka Legucka, an expert on Russia at the Polish Institute of International Affairs in an interview with BiznesAlert.pl.

BiznesAlert.pl: According to many Western commentators, during this year’s victory parade Putin was to announce landmark decisions. However, this did not happen…

Agnieszka Legucka: I, and many other analysts, predicted from the beginning that nothing like this would happen. The speech itself was no surprise. I predicted that there would be no announcement of victory, because it would mean troops would have to be withdrawn from Ukraine without achieving some key victory. There have been no victories, and at this point it doesn’t look like they will come in the near future. Putin also did not announce a general conscription, and did not officially declare war on Ukraine, which was also talked about earlier.

It is clear that Putin has some internal limitations. They are mainly rooted in social perceptions that are contradictory. On the one hand, we have a very high level of support for Putin. His approval rating has risen since November last year from 63 percent to over 80 percent now, a record in recent years. The special military operation in Ukraine has also a high approval rating (approx. 74 percent).

On the other hand, there is no support for a war in Ukraine, which would mean full mobilisation. There is no support for the personal sacrifice of society in a possible war. This is clear in polls, but also in the specific actions of the Russians themselves, as they set fire to military draft commissions, as well as on the Runet (internet in Russia- ed.) where people publish advice on how not to get drafted, what documents to submit, what to do to avoid being added to the draft list. The public went into panic mode when news about a possible mobilization started to spread. Some people went abroad to avoid it. Putin’s speech is an attempt to calm the public. This is somewhat contrary to Russian propaganda, which actively promotes hostilities in Ukraine. Russian media are constantly building an atmosphere of confrontation with the West, resort to fear mongering and talk about a full-scale war.

But the draft continues in one way or another…

Yes, there is a silent draft. Reservists are called to the draft points, various contracts are offered and the men are forced to sign them. Russians are also trying to circumvent this, as they don’t want to die on the front.

What will the Russians decide? Can they afford a long and devastating conflict? Will there be a full mobilization and will millions of people be sent to the front?

If Russia decides to continue the so-called special operation, it can be involved in it for a long time, but to a limited degree. Time will test the strength of the Ukrainian and Russian economy, Ukrainian and Russian society and their armies. It is apparent that the Russian government wants to close at this moment the offensive on a certain territory. They want to occupy specific regions. Later, there may be an invasion in the direction of the Dnieper, but they are not able to occupy Ukraine to a degree they had initially planned. Russia has neither the military strength nor the public support for a full-scale war in Ukraine.

Putin has already lost Ukraine. Will he lose Russia?
SECURITY
The Russian army expected to march triumphantly into Kiev, while being cheered on by Ukrainians. However, it was met with fierce resistance, shame […]
More