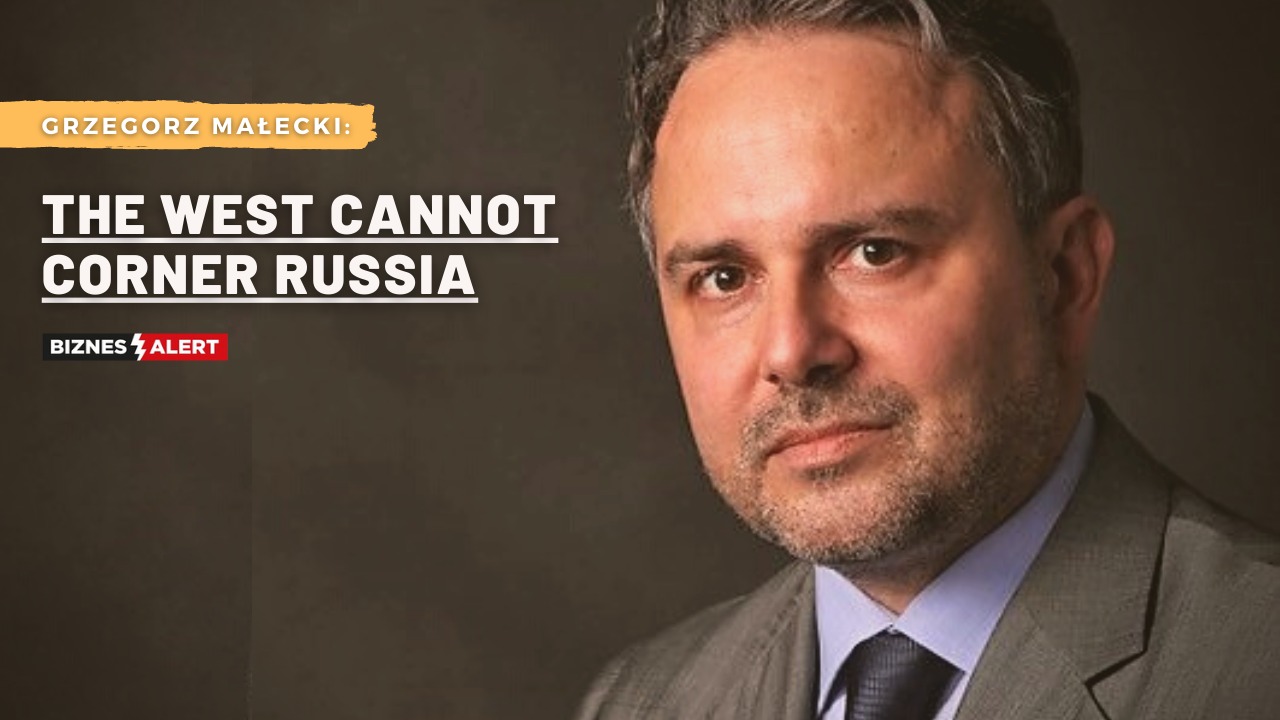 Today, the methods of monitoring a potential adversary are much more sophisticated than several years ago. Not every mobilization of troops means an impending war. This is preceded by a number of additional movements, which we also need to monitor, says Colonel Grzegorz Małecki, former head of the Foreign Intelligence Agency in an interview with BiznesAlert.pl.

BiznesAlert.pl: Once again we are witnessing an intensive mobilization of the Russian military on the border with Ukraine. However, in recent years it has happened many times already. How can we distinguish pretend preparations for military operations from those that precede a coming offensive?

Grzegorz Małecki: I’m not a military man, so I’m going to answer that question from a more holistic perspective. The West sees the actions on the Ukrainian-Russian border differently than the Ukrainians themselves. We get information that has been already filtered, and therefore, of course, does not fully reflect the complexity of the situation. Ukrainians, because of the permanent threat, are already in some way accustomed to this permanent threat, which we are not used to. However, the reasons are also more prosaic. We, unlike the Ukrainians, do not follow, do not monitor it on a daily basis. They do it every minute. So what is happening at the border is not new to them. So they react to today’s media reports much more calmly.
But, let me come back to the question. The most obvious manifestation of an impending military aggression is the transport of soldiers to selected positions. The equipment itself, whatever its amount is, is not able to function without people who will operate it. Depositing military equipment at the starting positions greatly facilitates and accelerates possible offensive actions, but it is the transport of people that is crucial, which ultimately takes between a few and several days. Transporting equipment is a much more complicated undertaking. We must also not forget that another factor that reveals hostile intentions is the construction of field hospitals, the mobilisation of engineering, railway equipment, propellants and lubricants and all the logistics accompanying the possible movements of large tactical forces. But we must remember that the Russians can afford an expensive military policy, even when it comes to nothing in the end. In the West are guided by rationality and economic logic. We do not understand when someone takes such actions to only “show off”, to conduct a demonstration of strength. If the West is doing something similar to what Russians are doing now, then the results of such actions are clearly and quickly visible. Russians, however, don’t work like that.

So what tools are used to monitor such behavior? Not everything can be picked up by satellites. What are the effective methods of analyzing such movements?

Today, the intelligence services are equipped with tools that make such monitoring much easier than even in the not so distant past. Of course, the old-fashioned human intelligence, that is, people located in places critical from the point of view of such monitoring, is also available. These people must, for example, have access to the main communication nodes, where both personnel movement takes place and where the dispatches that trigger mobilization processes flow. Today, however, thanks to the very dynamic development of digital technologies in recent years, the intelligence has at its disposal a huge ability to track events in cyberspace, which precisely reflect reality. It is also important to conduct intercept, not just radio intercept, but, today mostly electronic. Collecting information on weapons systems, aviation, bases, etc., interception and breach of hostile communication security and monitoring of communication content in critical systems, wherever tools for communication between the military and the civilian government are used. The key element is the so-called social media intelligence, that is, the analysis of everything that is uploaded to social media. This is a powerful source of knowledge for any intelligence services. It makes it possible to monitor the reactions of not only soldiers, but their families friends, etc.

A good example of this, for example, would be the investigation of the shooting down of the Malaysian Airlines plane over Donbass. On the basis of social media posts, photos and videos, it was possible to prove the guilt of the separatists and the Russians who supported them.

Yes, and today these tools are much more advanced than they were seven years ago. This is a huge archive of knowledge, which is very objective and very often depicts real-time situations. Each photo, each recording has its own specific and unique digital data, which, after proper analysis, can tell a lot, including the exact place where such a photograph was taken.

You mentioned earlier, that the West does not practice the economic irrationality that Russia does. So what is the real goal, if not aggression and armed seizure of Ukrainian territory?

I believe that Russia is trying to make a strategic impact. This is an element of the game aimed at the US. The Russians want to test the Biden administration, they want to assess how far they can go and use the current situation for significant adjustments in international security, of course, to their advantage. All this takes place during geopolitical rivalry with China, a government trasition in Germany, a coronavirus pandemic, an energy crisis in Europe, caused in large part by Russia itself, etc., in the background. In these circumstances, Putin decided to take an aggressive step forward, which is to improve Russia’s geostrategic situation. Ukraine, in my opinion, is not an end in itself.

What role does the migration crisis and Lukashenko himself play in all this?

The situation is not completely clear. In my opinion, it should also be viewed from the perspective of the future of the regime in Minsk. Putin is still waiting for the moment when he can replace Lukashenko with someone even more obedient. For Putin, Lukashenko is a symbol of the separateness of Belarus and of numerous clashes. He did not forget this to the Belarusian dictator, but at the moment, there is no right candidate to replace him, nor is it the right time for change. However, the issue of succession “is in the air” and Putin is monitoring how this situation will develop in terms of working out the optimal situation for its implementation. As for the border crisis itself, who is the initiator of it (Putin or Lukashenko) does not really matter much. What is important, is the fact that Minsk is actively playing it out. Russia sees the benefits of this crisis and is trying to use it to its own advantage. In addition, the idea of using migrants on the eastern border of the EU is not new, it was tested by Russia as early as in 2015. So, we cannot rule out that it is in fact Moscow that initiated it. However, in my opinion, today’s crisis was started by Lukashenka and then authorized by the Kremlin.

So how should the West respond to all these tensions?

In my opinion, it is in the strategic interest of the West not to allow the situation to flare up, first of all, through a wide range of actions taken in coordination and agreement by the NATO and EU states, as well as by the alliance and community structures in order to deter Moscow from aggressive actions. At the same time, the West must be assertive, firm and resolute, and above all demonstrate unity and a close community of goals and actions. Absolutely excluded are any concessions in favor of Russia. At the same time, it must be borne in mind that the strategy of pushing Russia “into a corner” and ostentatious intransigence will be counter-productive in these circumstances. Such a strategy will increase tension, not eliminate it. Of course, it is not in the interest of the West to achieve a win-win situation, this is out of the question, because it would mean our failure. However, we must allow the Kremlin to come out with a face, at least in front of its citizens. Which means that there must be some form of agreement with Russia, and that is the direction of the negotiations conducted by the US and its allies, tough and firm, but negotiations. Otherwise, by giving in to Russia or escalating tensions, we will move to a place where military conflict will prove inevitable. So far, we are still far from this.