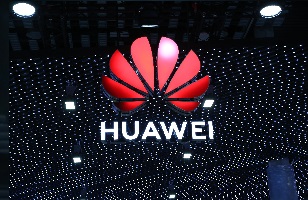 In 2020 Huawei was struggling with bad press and distress over its position on the market. One by one, countries from all over the world chose sides either as opponents or supporters of the Chinese company. The Chinese are kicking off the New Year with cooperation with Saudi Arabia on digitizing the oil and gas sector. The rest of the world is a little less enthusiastic about propositions from Asia. What course will Poland take? – asks Jędrzej Stachura, editor at BiznesAlert.pl.

Out with the old, in with the new

Huawei is starting the new year on a little higher note than the previous one. In February 2021 Huawei signed a memorandum of understanding with Saudi Aramco and Saudi Telecom Company (STC). The goal is to develop a digitization plan for the oil and gas sector. The companies will launch a joint development program for innovative technologies and 5G applications.
Saudi Aramco is aware of the fact that 5G is the go-to technology for a digital transition. The company wants to cooperate with local suppliers, introduce innovations and design solutions for 5G networks in its own facilities.

Saudi Arabia placed the digitization of the oil and gas sector at the center of its Vision 2030 strategy. The Saudis are entering the so-called fast-track for the commercialization of 5G. They are hoping that 5G, which offers high-speed internet connections and small delays, will become the driving-force for many sectors, not just the oil and gas industry.

Saudi Aramco is also benefiting from cooperation with STC, which offers IT services, stationary and mobile internet services, and, what is most important from the perspective of oil sellers, digital solutions for companies. A few weeks ago, the companies announced the launch of a supercomputer Dammam 7, which will be one of the most powerful computers in the world. Interestingly, its name comes from an oil field discovered in 1983.

The device’s computing power will be at 55.4 petaflops (ca. 55.5 trillion numerical operations per second), which enables the processing and imaging of huge geophysical data sets. The technology enables new discoveries and increased recovery, which are important for ensuring the right supply and the lowering of costs, as well as a simultaneous increase in productivity. The Saudis stress that Dammam 7 is another step towards increasing performance and production security of oil and gas.

So, there is a country that does want to cooperate with Huawei, and not only that – it wants to work together on matters of grave importance. After all, Saudi Arabia is a leading oil producer, responsible for 10 percent of the world’s annual output. It would be difficult to assume that the Saudis did not follow the events surrounding their giant contractor. Or maybe it’s Europe that is doing everything to kill the competition from China, and the Asians are the victims.

Every now and again Huawei is accused of spying for the Chinese. In December 2020 the press reported that Huawei and a company called Megvii, which develops face recognition technology, were working on a system that was supposed to locate Uyghurs, a Muslim minority in China, and report their whereabouts to the police.

Some commentators, perhaps fans of conspiracy theories, may liken China’s 5G technology to the wooden horse that was dragged into Troy, surrounded by cheering crowds, as it heralded the end of war. The next morning wasn’t that cheerful. By many experts Huawei is believed to be a Trojan horse, which offers innovative technologies, but in reality collects information to deliver it to China’s communist party. France does not want a Chinese factory on its territory, the U.K. disassociated itself from Huawei’s 5G and the new U.S. president is sticking to his predecessor’s policy of blocking China Perhaps this means those countries are killing the free market and surrounding themselves with barbed wire, but it is also a demonstration of power.

The U.S. and some European states are capable of blocking even the biggest companies in the world. If they don’t like something, they put up a big wall, which the Chinese can’t cross. What about Poland? At this point our country does not have any legal tools that could be used to block any kind of vendor.

In 2018 president Andrzej Duda signed an act on the national cyber-security system, which implemented a directive into the Polish legal system about measures for high-level network security and IT systems in the EU. Poland defined the duties of digital service providers and kinds of incidents, which may pose a threat to security.

The ministry of digitization is working on updating this bill and on a Polish definition of a high-risk vendor. In the process, it needs to take into consideration the position of the European Union and NATO. The draft introduces an idea that may make it very hard for the Chinese company to thrive on the Polish market. If a given company is recognized as a high-risk vendor, the operator will have to remove its equipment and will not be able to install it in the future. Moreover, if this is not done within five years, the company will receive a significant fine, which may amount to even three percent of its annual worldwide turnover. Undoubtedly such an amendment could discourage the Chinese from the Polish market. Experts from the consulting company Assembly Research claim that recognizing Huawei as a high-risk vendor in Poland would cost EUR 5 billion.

Poland is starting to follow the UK in its footsteps, and wants to introduce this term into its legal system as well. In January 2021 the Brits recognized Huawei as a high risk vendor, which means the company’s maximum participation in the British telecom network cannot exceed 35 percent, i.e. this is how many 5G base stations will be able to use Huawei equipment. This means Nokia and Ericsson can join their hands in joy. “This cap will save the operators from a Scandinavian duopoly,” the Brits argue.

Huawei maintains that the limitation is not an issue and that it is happy about the decision. “Huawei is reassured by the UK government’s confirmation that we can continue working with our customers to keep the 5G roll-out on track. This evidence-based decision will result in a more advanced, more secure and more cost-effective telecoms infrastructure that is fit for the future. It gives the UK access to world-leading technology and ensures a competitive market,” Victor Zhang Vice-President of Huawei wrote in a statement.

There seems to be no end to the “Huawei vs. the world” soap opera. A new episode crops up every minute, just like in case of “General Hospital”, and each one offers toxic relations and unexpected plot twists. The 2021 season has already begun, but we should not expect it to be the last one.