No to vulgarization of the debate on climate policy (ANALYSIS)

The debate on climate change is vulgar. It is enough, however, to look at data* to understand that harmful myths start to dominate it – writes Wojciech Jakóbik, editor-in-chief of BiznesAlert.pl.

If we look only at the level of CO2 emissions responsible for climate change in individual countries, we can say that the most of it is emitted by China, the United States, India, Russia, Japan and Germany – these are the top six emitters. This may lead us to the conclusion that in this case the climate policy of the European Union to reduce emissions in the Community will not be effective unless the largest non-EU issuers such as China or the US are included. In this ranking, Poland is a minor emitter in 20th position.

However, if you look at a different number, CO2 per capita emission, which more accurately reflects how much different societies emit, it can be observed that the Arab countries emit the most: Qatar, Kuwait, United Arab Emirates, Saudi Arabia, and then Canada and the United States. In this comparison Poland performs a bit worse, because it emits more than France and less than Germany per capita.

It’s worth to enrich this picture with more numbers. Cumulated CO2 emissions in the years 1970-2017 are highest in the United States, China, the European Union, Russia, Japan and Germany. Poland ranks fourteenth. It can be suspected that the accumulation since the beginning of the industrialization process would be significantly greater in the western developing countries quickly from the beginning of industrialization and slightly smaller in the developing countries. 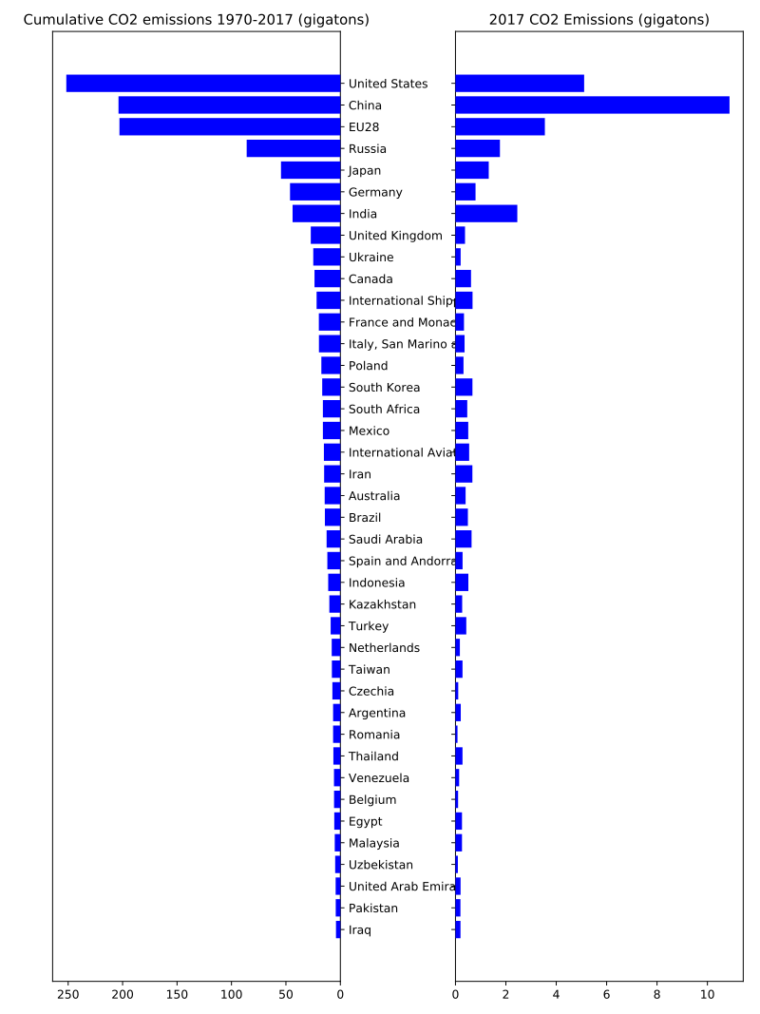 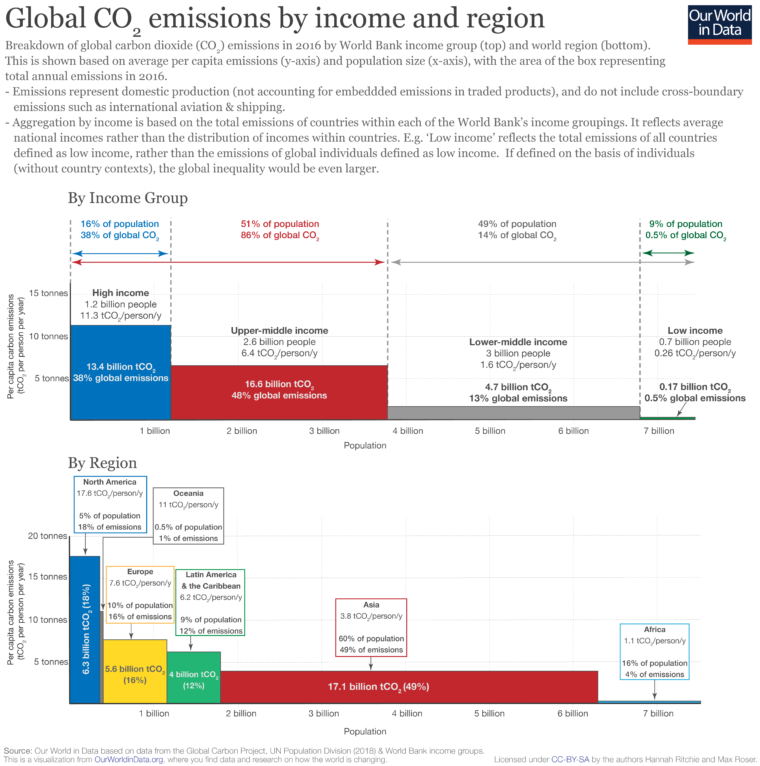 For this reason, new conclusions are born. The climate policy of the European Union makes sense because it limits emissions among key emitters. It is important to draw global policy on the US and China, but when engaging developing countries like China, mechanisms should be considered to compensate for the fact that climate policy will limit their development, which will make it difficult for them to get to the level of Western life. It is also an argument for compensating for the climate policy in Poland, which catches up with the so-called old EU.

An interesting solution in this case is the CO2 tax paid by Poles for the production of individual products. The challenge is to create a clear mechanism for its calculation. The green tax on CO2 emissions appears to be a fiscally simpler solution in general, but less global and it does not take the differences in development within the European Union into account.

On the other hand, there is no reason to question the EU climate policy as pointless, because “others continue to emit more”. Reality is more complicated, but some observers may miss it because the debate about climate change is becoming popular and is therefore vulgar. The numbers show the reality, but only presented in the context.

*All data comes from the World Bank statistics.