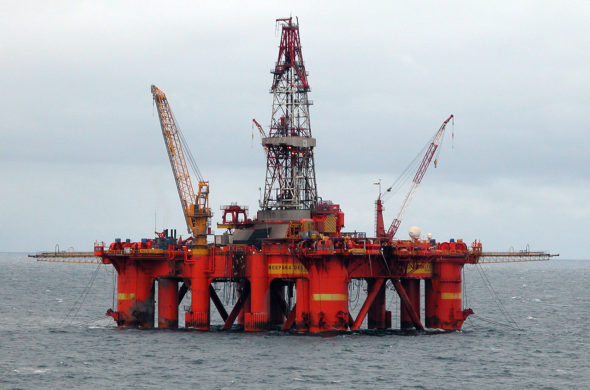 PGNiG Upstream Norway, together with its partners, launched another two wells on the Ærfugl field in the Norwegian Sea. Thanks to the completion of the investment, the Ærfugl reservoir will contribute approx. 0.57 billion cubic metres of natural gas per year to the Company’s production volume.

Completion of two wells means the successful finalisation of the development plan for the Ærfugl field. The new wells will enable licence partners to extract additional 1.6 billion cubic metres (bcm) of natural gas per year, which means that the total production from the field will reach approx. 4.8 bcm of gas annually.

“This is an important step to achieve goals envisioned in our hydrocarbon production strategy. After the successful launch of two wells production from the Ærfugl field attributable to PGNiG Upstream Norway will increase by 0.22 bcm to approx. 0.57 bcm per year. Combined with remarkable profitability this means that Ærfugl and other reservoirs located in Skarv area are one of the PGNiG Group’s most valuable assets on the Norwegian Continental Shelf,” said Paweł Majewski, President of the Management Board of PGNiG SA, the company which is a sole owner of PGNiG Upstream Norway. “I would like to congratulate our licence partners on the exceptional job we’ve done together to tap into the potential of the Ærfugl field,” added Mr. Majewski.

The wells that have just been brought on stream were drilled as part of the II Phase of the field development. Once they are connected, production from Ærfugl is carried out with a total of seven wells: three drilled in Phase I, three in Phase II and the A-1H test producer. The project was completed two months ahead of the schedule.

The Ærfugl‘s wells are connected to the floating production storage and offloading unit (FPSO) “Skarv”, which also serves other fields located in the Skarv production area. The use of the existing infrastructure has made it possible to significantly reduce CAPEX and start-up costs for the Ærfugl field increasing its profitability. It also contributed to the reduction of the carbon footprint associated with the development and operation of the reservoir.

Ærfugl is a gas-condensate field with recoverable reserves estimated at approx. 274.7 million barrels of oil equivalent (boe). There are still ca. 210 million boe to be extracted. PGNiG Upstream Norway holds an 11.9% interest in the Ærfugl licence, and 15% in Ærfugl Nord. The operator is Aker BP (23.8%) and the other partners are Equinor Energy (36.2%) and Wintershall DEA (28.1%).

PGNiG Upstream Norway holds interests in 58 licences on the Norwegian Continental Shelf. The company produces oil and gas from 14 fields, including Ærfugl. PGNiG Upstream Norway estimates its production volume may increase to over 2.5 bcm of natural gas in 2022 compared to just over 0.9 bcm projected for this year. This will be a result of launching production from new fields and additional wells in addition to acquisitions of interests in already producing fields.

PGNiG: Discovery of light oil in the Norwegian Sea
GAS pgnig
PGNiG Upstream Norway and its licence partners successfully completed a wildcat exploration well on the Egyptian Vulture prospect in the Norwegian […]
More