PKEE: Carbon neutrality will be feasible only by taking into account different starting points of the member states 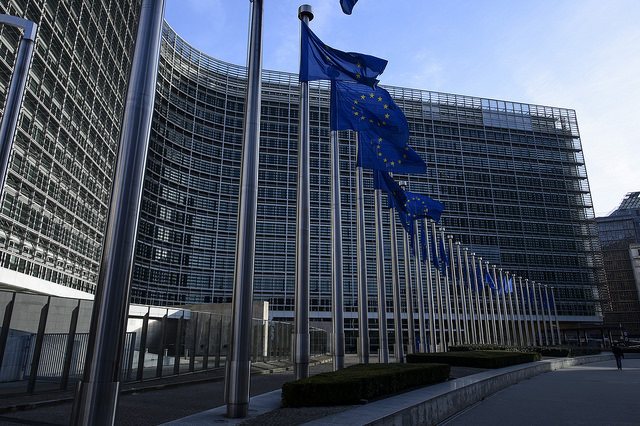 The Polish Electricity Association (PKEE) agrees with the need for a transformation towards innovative and low-emission economy assuming that prior to establishing EU climate-neutrality binding target, a fair burden-sharing mechanism will be created taking into account compensations for the Member States with coal-dependent economies. Achieving the energy transition by becoming carbon-neutral before mid-century will be only feasible by taking into account the different starting points and commercial availability of key transition technologies and benefits from the diversification of energy sources.

According to the estimates by the European Commission, implementing the strategy for a climate-neutral Europe by 2050 will require spending up to 2.8% of the European Union’s GDP, translating to EUR 520 to 575 billion a year for the whole economy of the EU. According to the analysis “Scenarios of low-emission energy sector for Poland and the EU until 2050” for the Polish power sector alone, the estimated investment costs of reaching 96% – 97% reduction target in 2050 will be EUR 179 – 206 billion over 2021-2050, not including additional costs required to purchase the CO2 emission allowances1
.
While the Polish Electricity Association fully agrees with the idea of an EU policy assuming innovative and lowemission economy developed in line with the principles of sustainable development, the achievement of the very ambitious climate goals requires not only proper instruments but also significant funding. We put forward the need to develop a detailed map of burden-sharing and concrete dedicated solutions. The transition towards net-zero emissions will require massive electrification of the economy resulting in an increased demand for electricity. New low-carbon power generation capacity will need to include bridging technologies such as gas (needed for RES back-up) and nuclear (baseload capacity replacing coal) that would enable a smooth transition while contributing to decarbonising the power sector.

PKEE acknowledges the willingness of the European Commission to raise the 2030 climate objectives from 40% to 50- 55% greenhouse gas emission reduction target compared to 1990. To ensure that this shift is economically and technically feasible, it is paramount to conduct a comprehensive impact assessment for each Member State before agreeing on new targets for 2030, to properly evaluate the cost of the transition. Additional compliance costs for the electricity sector in the Member States with low GDP/capita levels facing a higher burden of the increased ambition as a result of the proposed measures should be compensated by proportionally increased Modernisation Fund in order to enable beneficiary Member States to mitigate costs of new ambitions.

A Just Transition Fund that leaves no one behind

The Polish Electricity Association welcomes the announcement to introduce the Just Transition Mechanism that takes into account the different starting points of the Member States in the energy transition. We underline that the Just Transition Fund must be significantly increased to have a real impact while giving more consideration to coal regions in transition. At least EUR 20 billion of fresh money should be available under this mechanism and dedicated primarily to the coal-dependent regions in the most vulnerable Member States and regions. Aiming to achieve the energy transition from a social and local perspective, this fund should be made available for renewable energy (RES) investments, which are developed on the regional scale and will contribute to the reskilling of workers.

The revision of the Energy Taxation Directive should not jeopardize the energy transition in countries relying on coal and switching partly to highly efficient gas-fired plants. This process needs to ensure affordable electricity for the final consumer, particularly in the Member States still highly dependent on fossil fuels for electricity generation. That is why we believe that an impact assessment is necessary to better determine the economic and social impact of such a mechanism at the Member State level. Maintaining the unanimity rule on tax policy, which stems directly from Article 113 of the Treaty on the Functioning of the European Union, in the special legislative procedure is also necessary to achieve an inclusive energy transition.

Introducing a European Carbon Border Adjustment Mechanism may help guarantee the European businesses achieving a level-playing field with foreign competitors that are not obliged to meet the EU environmental requirements. A carbon border adjustment mechanism will position Europe as an attractive location for a production and industry development. The introduction of the mechanism will be a strong signal to the existing industries to decarbonise and transform their processes, but also an incentive to stay in Europe and not to move their production to other regions. It will also protect the European market from imports of unsustainable products
from third countries. This mechanism will also need to cover the power sector that in many areas of the EU (Spain, Poland, the Baltic States) is subject to imports of conventional electricity without the cost of carbon and must ensure that the carbon leakage effect is minimised while taking into account the situation of countries that import electricity from outside the European Union. The European carbon border adjustment mechanism may also bring countries like China or the US to the negotiating table on climate issues and start a new discussion on the global challenges that we all face today. The PKEE welcomes the Commission’s declaration of maintaining compliance with World Trade Organization rules and other international obligations of the EU, which was one of the biggest concerns regarding this proposal. This whole process of border carbon adjustments may pave the road for increased climate ambition by levelling the competitive playing field.