How will Poland handle radioactive waste from its nuclear power plant? 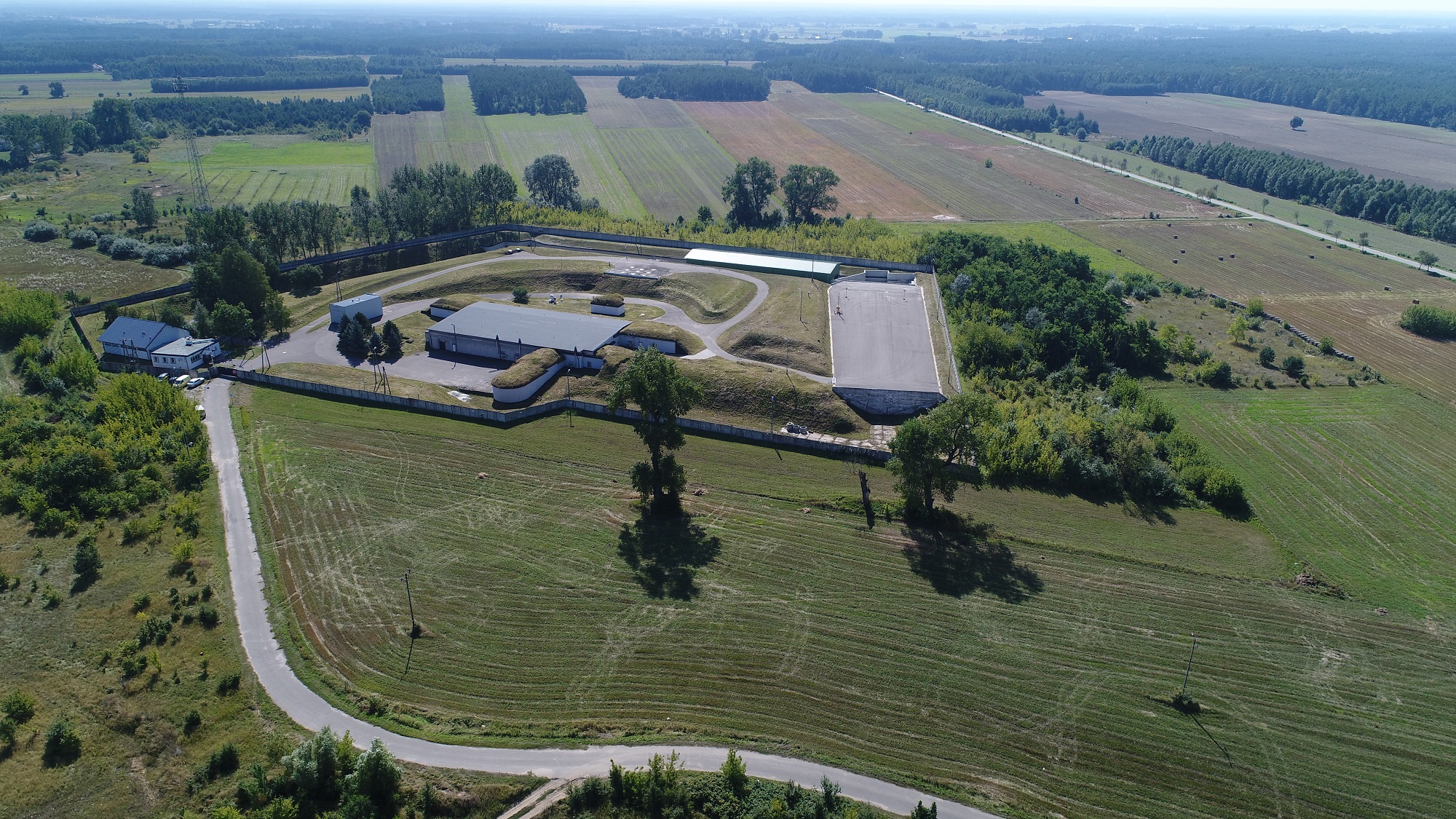 If Poland decides to construct a nuclear power plant, it will need to properly manage the inevitable nuclear waste. The process is already underway, but a national debate on this issue needs to start as quickly as possible – writes Patrycja Rapacka, editor at BiznesAlert.pl.

Actually there is, almost in every country. Witold Strzelecki, an expert at FORATOM (a trade association for the nuclear energy industry in Europe), points out that 90% of waste produced by NPPs is short-lived, 7% is transitional and only 3% is long-lived (its radioactivity is at 95%). Currently a number of waste repositories is under construction across Europe in Finland, Sweden and France. The Oncalo project in Finland is the most advanced (if construction goes as planned it will be opened around 2025) and has a widespread support among the general public, says Strzelecki.

The problem of radioactive waste management appeared in Poland in 1958, when the country’s first nuclear reactor EWA was launched at the Institute of Nuclear Research in Świerk. A Radioactive Waste Management Plant (ZUOP) was opened with headquarters in Otwock. The plant processes nuclear waste and spent nuclear fuel. It is supervised by the Ministry of State Assets (MAP). ZUOP is the only plant in Poland that has permission to dispose of and store radioactive waste. It is responsible for handling the waste from the moment it is collected from its producer. ZUOP is the operator of the National Radioactive Waste Repository (KSOP) in Różan, which is located on the premises of an old military fort and has an area of 3.045 ha. The repository has been in operation since 1961 and is used to store short-lived and low- and intermediate- level radioactive industrial, medical and agricultural waste. Long-lived, alpha radioactive waste is also kept at KSOP. This kind of waste is buried underground. The management and storage of radioactive waste means that its production quantity is reduced, it is properly segregated, its volume is decreased, it is solidified and packed. The goal of this process is to create a barrier that will effectively isolate the waste from people and the environment. It is worth mentioning that no threat of this kind has appeared in the history of both ZUOP and KSOP.

Will Poland need another waste repository?

Is KSOP large enough to handle more radioactive waste? The Ministry of State Assets told BiznesAlert.pl that KSOP’s current capabilities are “enough to store radioactive waste until a new location is chosen and a new repository is constructed”. A drop in the amount of waste collected by KSOP and investments that expand the repository impact the site’s capability to store more waste. The MAP stressed that the KSOP will be shut down only when a new repository is opened (NSOP).
A repository for 500 years

In MAP’s opinion KSOP is not designed to collect radioactive waste from nuclear power plants. I asked ZUOP the same question. ZUOP’s head Andrzej Cholerzyński told BiznesAlert.pl that the existing ZUOP had never been considered a repository fit for handling radioactive waste from nuclear power plants. The ministry believes a new site is needed, i.e. the above-mentioned NSOP. Cholerzyński explained it will be a near-surface repository able to ensure full safety for people and the environment for a long period, i.e. 500 years. Surely, many Poles are wondering where such a repository would be located. MAP claims that it is currently looking for a location where low- and intermediate- level waste could be processed. “Once the location is selected, a new repository fit to house NPP waste will be constructed,” MAP explained.

Cholerzyński also stated that in every nuclear power plant across the world there is a designated site with special units where nuclear waste, including spent nuclear fuel, is stored and processed. “At first spent nuclear fuel is kept in wet storages and then in dry storages. In the end the spent nuclear fuel, or its byproducts, will be buried in a deep repository,” Cholerzyński clarified. He also pointed out that low- and intermediate- level waste is first processed at the NPP. “Liquid waste is thickened (evaporation, reverse osmosis) and then solidified (mostly fixated with cement). Because the probability of contamination is high, transportation of large volumes of liquid waste outside of the plant is inadvisable,” Cholerzyński continued. Solid waste is pressed and stored in supercompactors. The containers are either located at the plant, or are mobile and can be transported to a different site. Cholerzyński stated that in this case the risk during transportation is lower.

Nuclear waste repositories cause a lot of concern. Many experts claim these fears have no justification. The construction of repositories is heavily regulated. According to Cholerzyński, in order to receive a permit from the National Atomic Energy Agency to construct and operate a nuclear waste repository, the applicant needs to prove the site will be completely safe for people and the environment (in every possible scenario – in case of normal operation and emergencies). He also added that an opinion from EURATOM is necessary to construct such a plant, because this European institution’s job is to verify whether the indirectly and directly neighboring countries are safe. “The safety of objects behind the fence is assessed on the basis of very strict criteria, drafted to cater for the safety of children,” he explained.

Nuclear waste management is part and parcel of constructing an NPP. The nuclear sector takes full responsibility for radioactive waste, which, according to experts, should be practiced by other industries. The public debate on the concerns caused by radioactive waste storage may involve a lot of emotions. Yet, it turns out that such a site has been present in Poland for decades without any negative impact on the environment and people’s health. Do we need to educate the public on this subject? According to Witold Strzelecki it is important to pay attention to lies spread among the public. “It is worth pointing out that the nuclear industry is the only industry out there that takes full responsibility for its waste and the cost of this process is included in the planning stages of every nuclear project (and so is decommissioning). Additionally, the amount of waste produced by NPPs is a lot smaller than the amount of waste produced by large-scale power plants. For instance, the nuclear fuel used in the United States during the last four decades (used in about 100 nuclear reactors) would fit into one football field and would be only about 8 meters high,” he illustrated.

Strzelecki also stressed that the rules for storing nuclear waste are heavily regulated by the EU and are mostly included in the directive 2011/70/EURATOM, adopted by all member states. According to the FORATOM’s expert the directive regulates, i.a. management of nuclear fuel and other nuclear waste, parties responsible for managing the waste, its transport, the duties and coordination of the responsible institutions, the necessity to implement local organizational and regulatory provisions, the system for granting permits, supervision, the establishment of a relevant regulatory body and the issuing of permits related to responsibility for safety.

„The European Commission is very strict about this matter, which means that safe radioactive waste and spent fuel management is guaranteed and supervised,” my interviewer believes.

Poland needs to make up its mind about a nuclear power plant. Government officials suggest that at least some of the decisions will be made this year, but previous delays suggest otherwise. However, if the repository will be built, it will need to be accepted by the wider public and that consent needs to be a result of a long dialogue. Therefore, it is important to start it today.

Poland will not make it with renewable energy (INTERVIEW)
Energy Environment Renewables
Michał Kaczerowski, the head of Ambiens, speaks about the need for quick wind farm decisions. Related posts: PISM: The prospective role of the […]
More

Nuclear power under the watchful eye of the services. Polish programme on the Chinese target point?
Energy
China can use services to build up its position on the European nuclear market. Will it use them to fight for the Polish nuclear power plant? – […]
More