Polish Briefing: Czechs say the Poles delay talks on Turów. The next round starts today | Greenpeace blocked the ministry of state assets 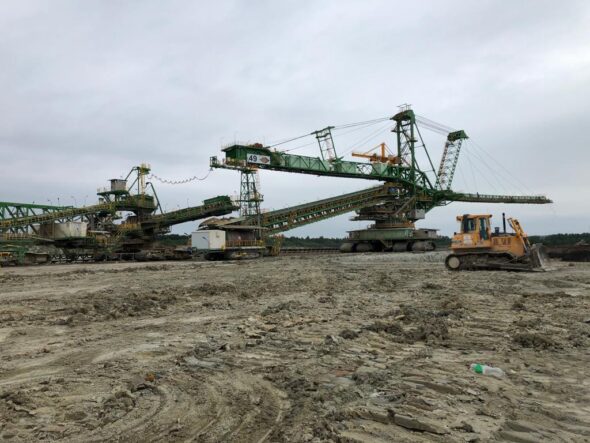 What goes on in Poland on the 9th of September.

Czechs say the Poles delay talks on Turów. The next round starts today

The Polish Press Agency reports that Czech participants in negotiations with Poland regarding the Turów Mine recognized that progress had been made, but there were still matters to be settled. The Czechs say that Poles are delaying talks. The next round starts today.

– Deputy ministers of the environment, Vladislav Smrż, and of foreign affairs, Martin Smolek, emphasized to the committee that the negotiations had advanced significantly over the past two months. Smrż complained that although the Czech side sends its proposals in advance, on the other hand, there is no similar behavior, and the Polish side often returns and wants to open already negotiated points of agreement – PAP reports. One of the issues to be resolved are sanctions for violating the expected intergovernmental agreement.

The next round of talks is scheduled for Thursday. The Czechs argue that Poles are delaying the talks so that the time from which the Court of Justice of the European Union charges a penalty for resigning from stopping coal mining for the duration of the dispute is as short as possible. The Czech side also rejects the accusation that the talks are protracted by the upcoming parliamentary elections in the Czech Republic.

Greenpeace activists block entry into the Ministry of State Assets in Warsaw, demanding a departure from coal in Poland by 2030.

About a hundred people working under the banner “All for the climate” gathered in front of the ministry. Greenpeace informs that this is an initiative of this organization, in which activists and activists take part in implementing the idea of ​​”be a change you want to see in the world”. Through peaceful actions, they demand from politicians and politicians real actions for our secure future.

– The climate crisis is gaining momentum, more species are dying out. In the boilers of gas and coal power plants, the rulers burn our future. Our plans and dreams are blown away with every ton of greenhouse gases thrown out of our chimneys. Key politicians and politicians ignore the threat. All they can do are empty words. Yet they know perfectly well that coal, gas and oil threaten our lives and make the world burn. People are more interested in short-term profits and the dogma of continued economic growth than in people’s safety. We have enough! – said Katarzyna Guzek from Greenpeace.

Polish Briefing: Greenpeace blocked a coal cargo from Mozambique to Poland
Polish Briefing
What goes on in Poland on the 10th of September. Related posts: Climate policy a la Pologne – Laudato Si, coal, and the fight against the leftists […]
More