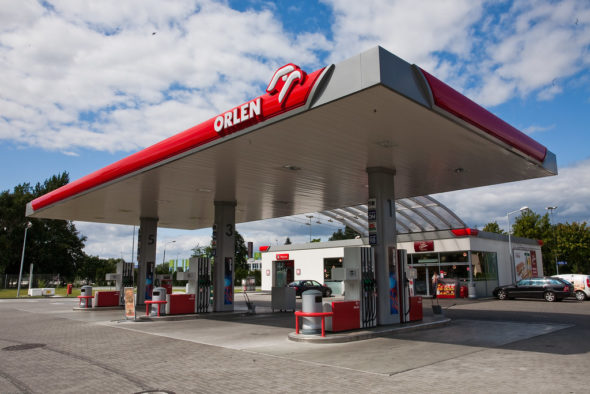 What goes on in Poland on the 18th of February.

The VAT reduction and the funds collected by PKN Orlen thanks to trading in CO2 emission allowances under the EU ETS will allow the price of gasoline to be reduced by approximately PLN 0.30 per liter.

The reduction in VAT on fuels from 23 to 8 percent is to bring the price of gasoline at petrol stations down to around PLN 5.20 per liter. This is possible thanks to trading in CO2 emission allowances. “We are secured until mid-2023 (…) this meant that we were able to lower prices by about PLN 0.30, and we kept our word. We did it, although it was very difficult to implement them in the market,” revealed the president of PKN Orlen, Daniel Obajtek.

The EU ETS emissions trading system obliges energy companies to buy CO2 emission rights, but also allows them to trade with them.

An amendment to the Act on VAT as part of the so-called anti-inflation shield 2.0 has cut the rate of this tax to zero for food, fertilizers and natural gas, to five percent for heat and 8 percent for fuel.

Winds and snowstorms have swept across Poland last night. Thanks to the strong winds, turbines generated a lot of electricity, but the record from November 2021 was not broken.

At the peak moment, i.e. at 2 am, however, the generation was close to the record level, reaching 6.23 GWh. This is less than in November 2021, when the turbines produced 6.37 GWh, reaching their peak, which accounted for 32% of total electricity production in the country in a given hour.

Power engineers suspect that some of the wind turbines may have turned off automatically. This is a type of protection against winds that are so strong, they could damage the device. Typically, such a mechanism is activated when the wind blows at 25 m/s.