Polish Briefing: Agreement on Turów ready | Draft liberalization of Distance Act to be submitted to the Sejm 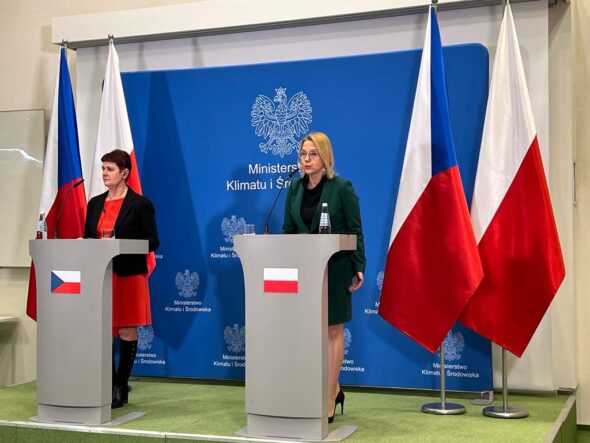 What goes on in Poland on the 24th of January.

The agreement on Turów is on the table

The Minister of the Environment of the Czech Republic, Anna Hubaczkowa, confirmed the news published by BiznesAlert.pl. The remaining contentious issues to be resolved before the Czech-Poland settlement is signed are: the duration of the contract and the supervision of the Court of Justice of the European Union. The minister also mentioned money.

The Polish Press Agency reports that Hubaczkowan told the CTK agency that according to the Czech proposal, the Czech Republic will receive EUR 50 million for damages caused by the operation of the mines. In her opinion, Poland agrees to EUR 40 million. The issue of judicial supervision over the future contract is still up in the air as well. The Czech side wants it to last ten years, and according to Hubaczkova, Poland had proposed two.

Already on January 21, BiznesAlert.pl revealed that the issues to be solved before the agreement is concluded are the duration of the contract and CJEU supervision. The Czech minister also added the size of the financial penalty to the list.

The draft amendment to the Act on Investments in Wind Farms should be submitted to the Sejm in the first quarter of 2022 after the bill has been adopted by the Council of Ministers, said Deputy Minister of Climate and Environment Ireneusz Zyska. The draft bill will lift the so-called “distance principle” (aka the 10H rule), according to which the distance between the turbine and nearest buildings must be at least ten times the height of the wind turbine. The amendment will also set the absolute minimum distance at 500 meters.

“Currently, in accordance with the rules of the legislative process to which government bills are subject, it should be expected that the bill will be submitted to the Standing Committee of the Council of Ministers. The body in charge and responsible in this matter is the Minister of Development and Technology. After the bill is adopted by the Council of Ministers, one should expect it to be discussed by the Sejm, which may take place in the first quarter of 2022,” Zyska wrote in response to a parliamentary question.

He reminded that in 2021 the draft was entered into the List of legislative and program works of the Council of Ministers, and then published on the website of the Government Legislation Center and submitted for inter-ministerial consultations, opinions and public consultations. In mid-December 2021, the project received a positive opinion from the Joint Commission of the Government and Local Governments.

Polish Briefing: Polish-Czech meeting on Turów with no results | EIB to grant a loan for […]
Polish Briefing
What goes on in Poland on the 19th of January. Related posts: Polish Briefing: No deal on Turów yet | Fresh money for e-mobility and hydrogen […]
More

Polish Briefing: The judgment on Turów will be delivered in the first quarter of 2022
Polish Briefing
What goes on in Poland on the 10th of November. Related posts: Polish Briefing: Turów Mine employees protest against the Czech demand to close the […]
More